The Canada Post Office described the 8 cent jet plane definitive stamp issued on November 18, 1964, as the "child of necessity" in that a stamp of this denomination became mandatory when Canada increased the rate of Air Mail to the United States to eight cents for the first ounce and six cents for each additional ounce on July 15th, 1964.

According to the Post Office, in addition to facilitating the prepayment of Air Mail letters to the United States, the 8 cent stamp would also be used for other purposes, such as parcel post and for first class letters weighing between one and two ounces for delivery in Canada.
The design was the same as that of the seven cent regular issue which was released on March 11th, 1964, except that the numeral seven was replaced by an eight.
The Canada Post Office explained its selection of the design as follows:
"The central feature of the design is a modern inter-city jet aircraft taking off from a Canadian terminal.The purpose in choosing this motif was to underscore the importance of aeroplanes and air travel in this country. Canada's centres of commerce and industry are scattered throughout the length of the land. The rapid communication of air travel is a vital link in the life of the country. Canada's northern land is rich in timber, minerals and hydro power, and is being rapidly developed. Such harnessing of natural resources to man's benefit would not be possible without the contribution of the aeroplane. The increasing importance of air transportation within our boundaries reflects the continued growth and expansion of Canada." 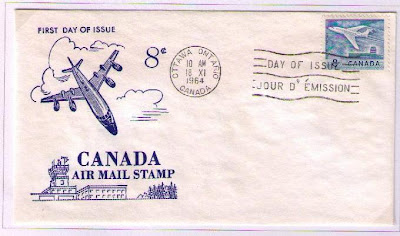 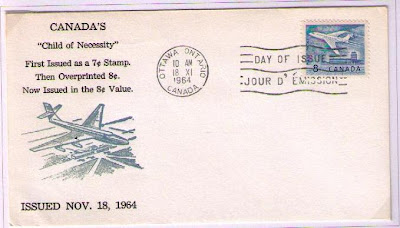 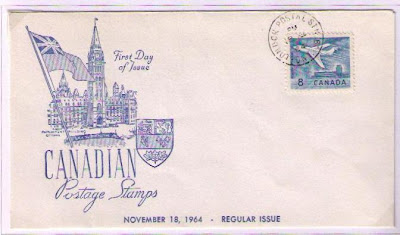 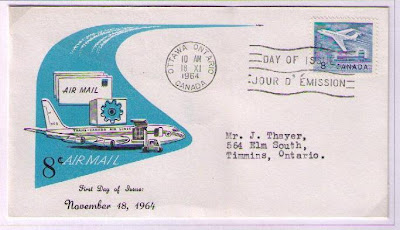 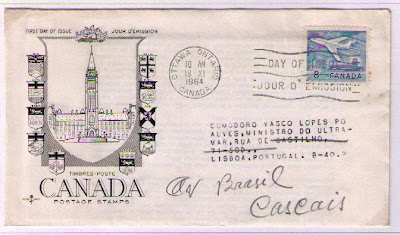 Canadian Post Office first day cover. The CPO used "Rosecraft" envelopes to announce the release of the 8 cent definitive stamp. This announcement was mailed to Portugal. 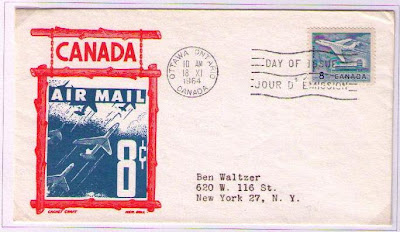 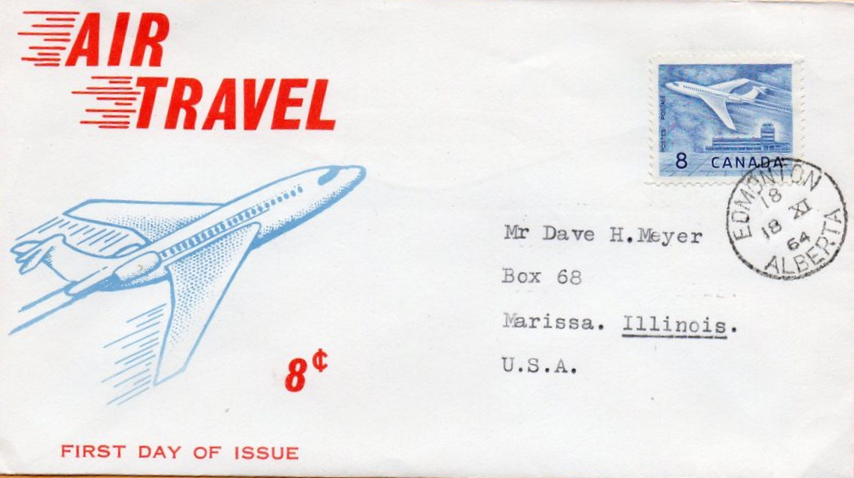 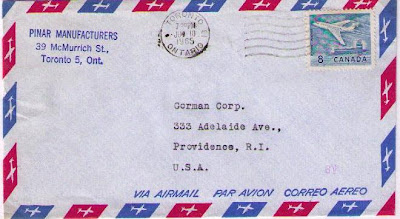 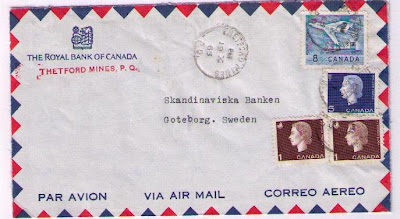