The post card rate was 20 cents, the same as the 1st weight step letter rate. 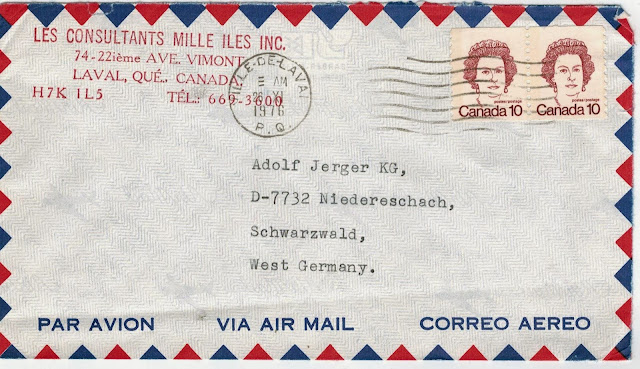 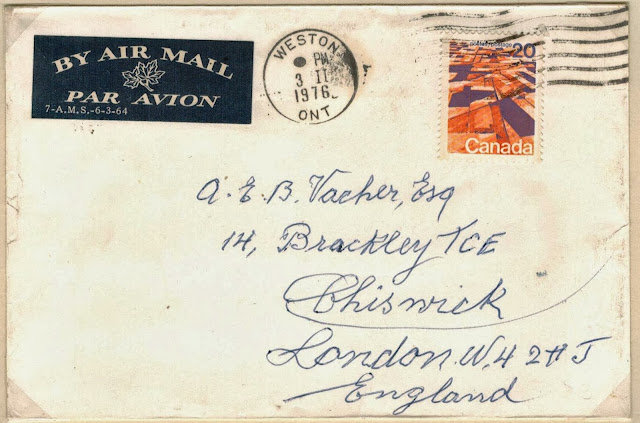 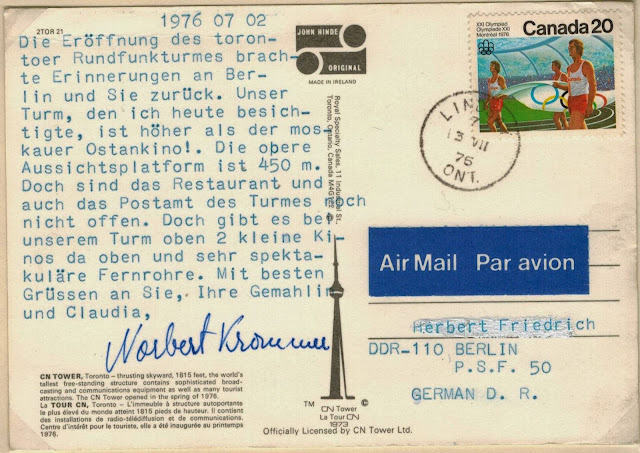 Sometimes a sender does not know what the correct rate is or simply chooses to affix more stamps than required.  The next  letter  mailed from Toronto to Germany on November 9, 1976 may be an example of a correctly franked letter or an incorrectly overpaid letter.  The sender (Bernd Jerger) was a visitor to Canada writing on Royal York Hotel (Toronto) stationery and affixed a complete pane of the 50 cent caricature booklet pane (in two parts) on the envelope.

50 cents was the correct franking for the 3rd weight step, i.e. greater than 2 oz. and less than 4 oz. The manner in which the envelope was opened suggests that the contents were thick enough to account for  3rd weight  step franking, and even if it is an overpayment it is a nice example of a complete 50 cent booklet pane on cover, albeit in two parts. 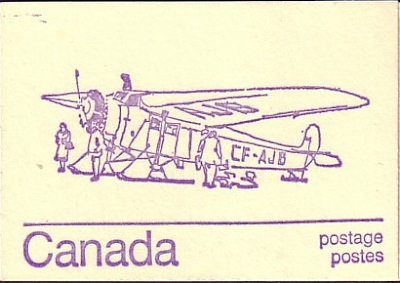 Stamps affixed to the cover 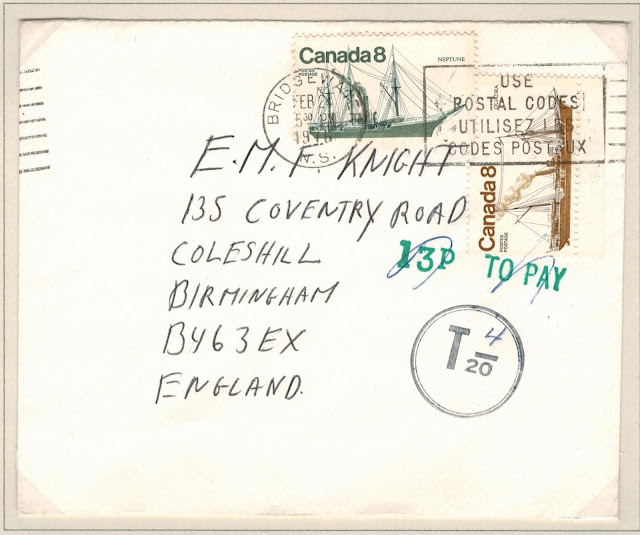 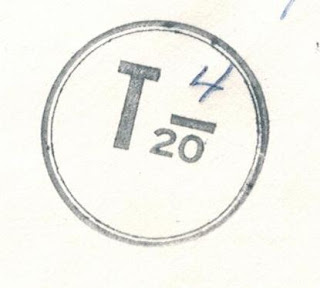 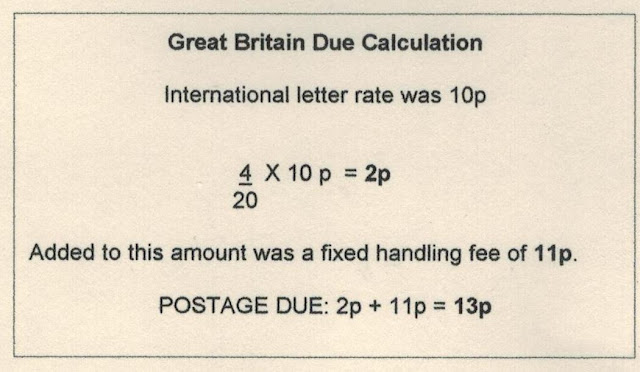 The letter rate from Canadian forces stationed overseas was 20 cents. The cover below was mailed from CFPO 5001 Cyprus to CFB Borden, October 6, 1976. The sender was Javier Perez de Cuellar, United Nations Representative of the Secretary General. De Cuellar went on to become UN Secretary-General from  1982 to 1991. 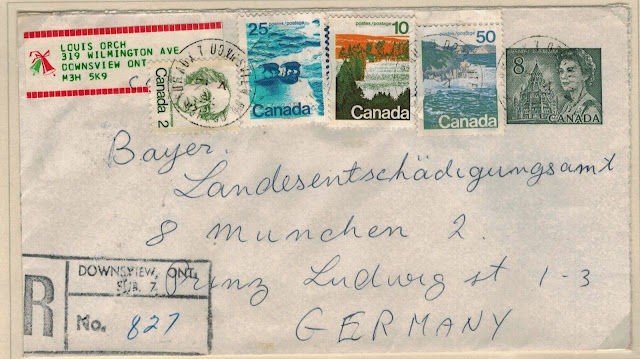