The Silver Jubilee of Elizabeth II marked the 25th anniversary of Queen Elizabeth's accession to the throne. It was celebrated throughout the United Kingdom and the Commonwealth throughout 1977. Queen Elizabeth embarked on several tours during the Jubilee Year including a visit to Canada from October 14 to October 19, 1977.

On February 4, 1977, Canada Post issued a 25 cent commemorative to celebrate the Silver Jubilee. 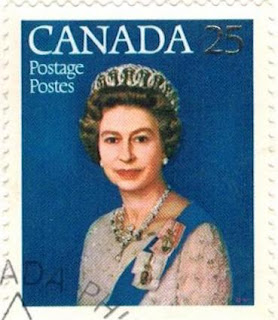 Canada Post's Press Release had this description of the stamp:


The stamp commemorating the 25th anniversary of Her Majesty's accession to the throne features a photographic portrait study of the Queen by the British photographer Peter Grugeon. The photograph is reproduced with the permission of Camera Press, London, England. In this formal portrait, Queen Elizabeth wears a mauve satin dress embroidered with pearls and rhinestones, the Garter sash and star with Family Orders, and a diamond and pearl tiara, necklace and earrings. This stamp introduces a new typeface on Canadian stamps Cartier - developed by the late Carl Dair and modified in some details to compensate for the effects of miniaturization on postage stamps. The layout for the stamp was created by Toronto designer Ken Rodmell. A special feature of this stamp, seen for the first time on a Canadian issue, is foil stamping. The denomination "25" has been silver stamped to draw attention to its double significance for this issue celebrating Her Majesty's Silver Jubilee. 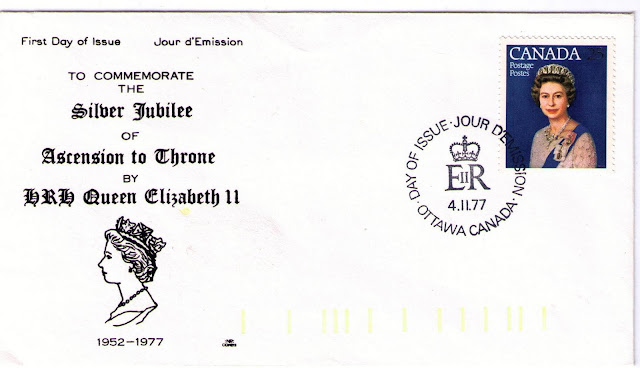 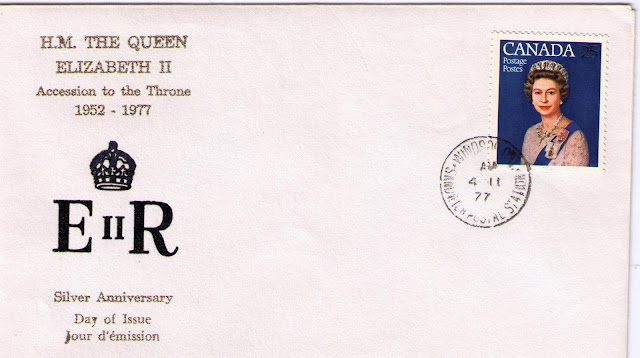 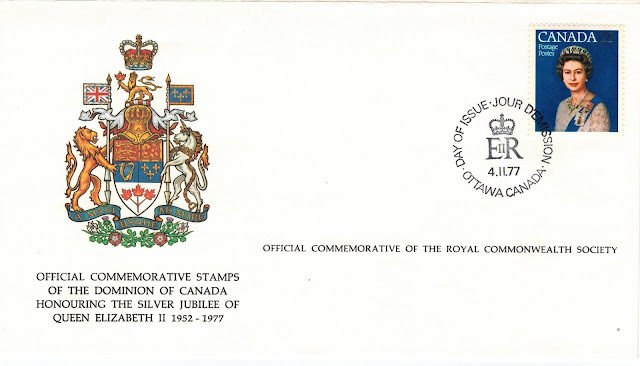 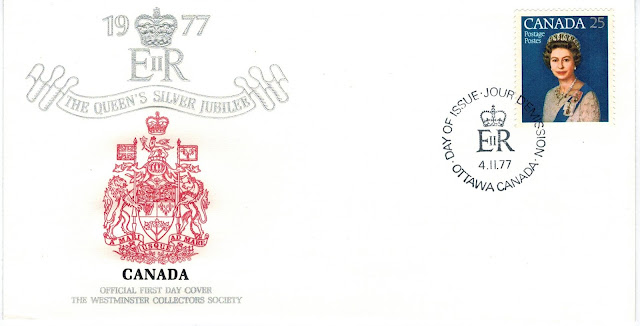 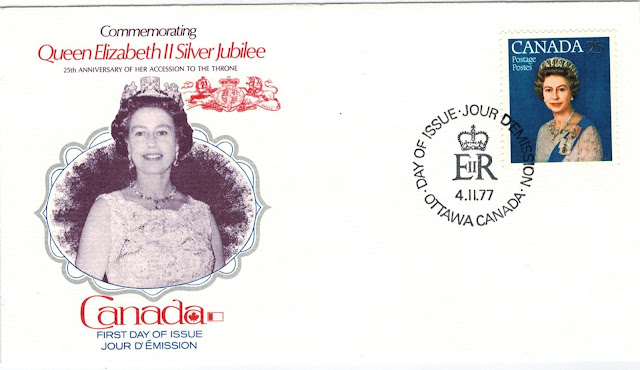 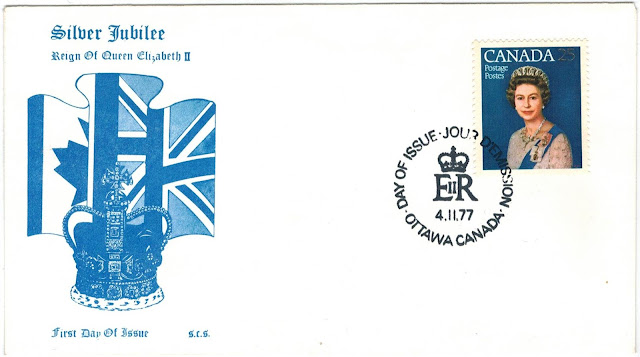 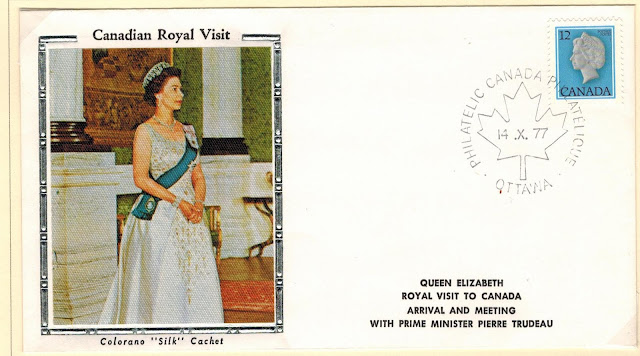 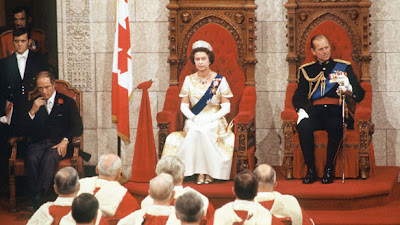 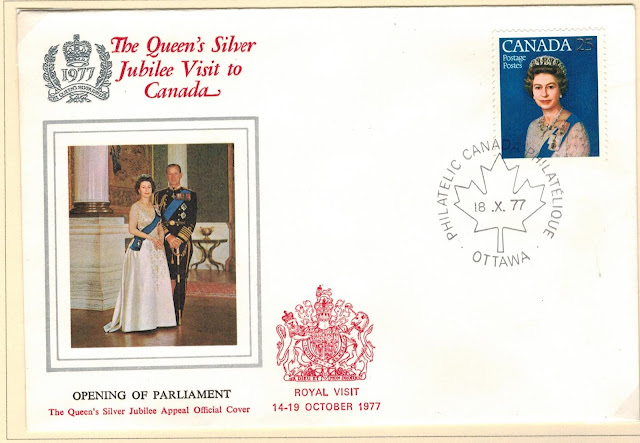 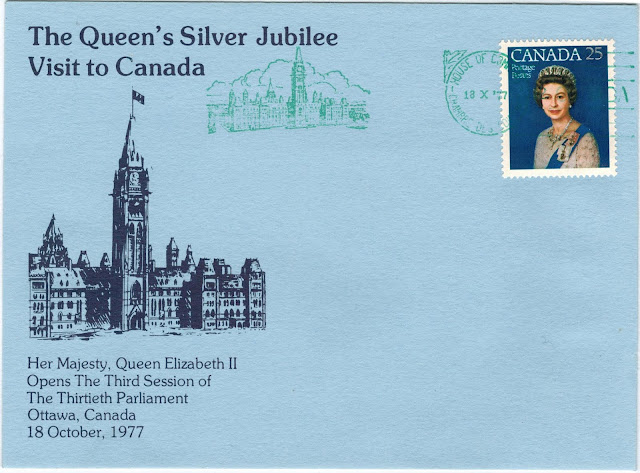 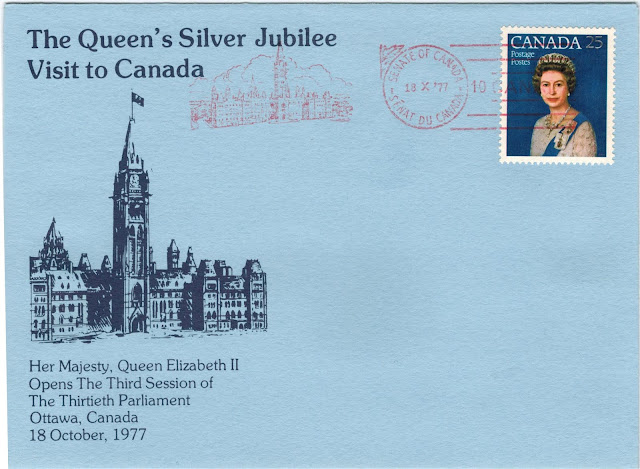 Posted by philcovex at 9:11 AM