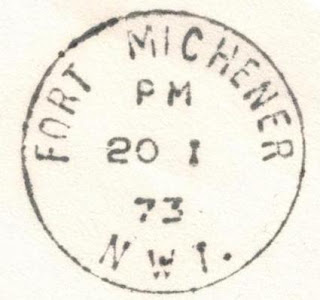 In January, 1973, Balls were held at the Yellowknife Elk's Hall to commemorate the 100th anniversary of the RCMP. The Hall was converted into a replica of an old RCMP fort and dubbed "Fort Michener" in honour of Governor General Roland Michener who attended the festivities. The Hall was the site of the "Fort Michener" post office which was opened on January 19, 1973 and closed the following day. The post office was supplied with a circular date stamp. 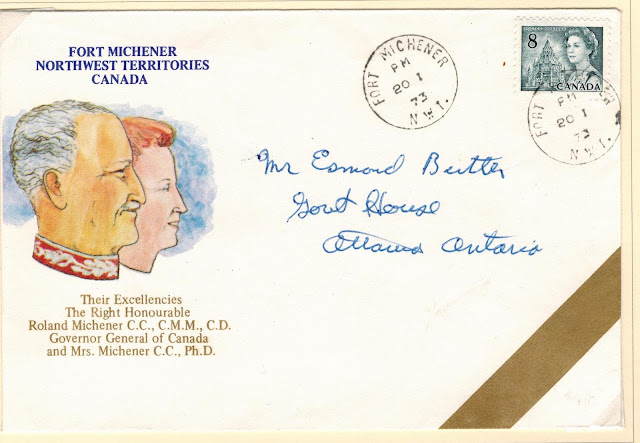