Letters and other items flown by pilots as a favour from remote locations to the nearest post office is called "Courtesy" mail. This post shows courtesy mail from British Columbia and Ontario. (The B.C. Airlines cover was the subject of an earlier post) 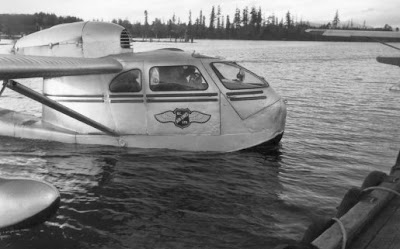 The Republic "SeaBee" was one of the planes in the B.C. Air Lines fleet. Described by one pilot as looking like "a combination of an egg and a toothpick". 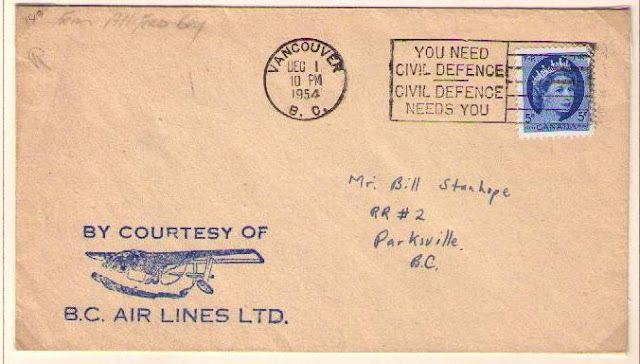 From Alliford Bay, Queen Charlotte Islands, this letter was carried courtesy of B.C. Air Lines. The letter entered the postal system at Vancouver and was cancelled on December 1, 1954. 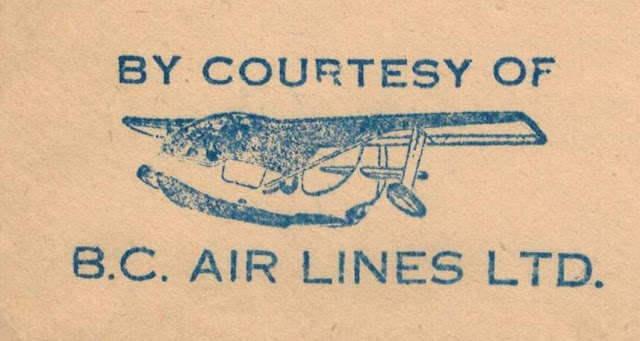 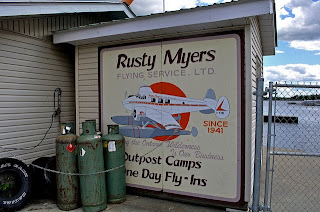 The post card below was flown from a fishing camp to Fort Frances by Rusty Myers Flying Service. 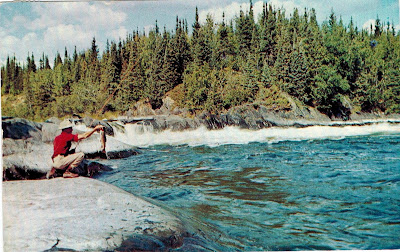 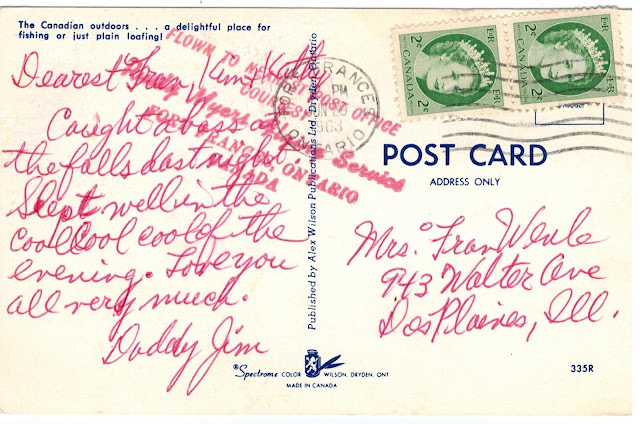 Posted by philcovex at 8:40 AM