The cover below was mailed from San Francisco to "The Army And Navy Veterans in Canada, Quebec Unit 33, on June 1, 1934 : 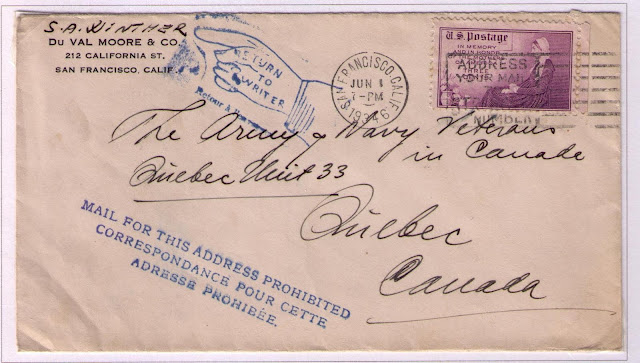 The Canada Post Office refused to deliver the letter which was returned to sender with the following instructional handstamp:

Why was mail to veterans in Canada prohibited by the Canada Post Office? The ticket below which was purchased separately from the above cover provides the answer. 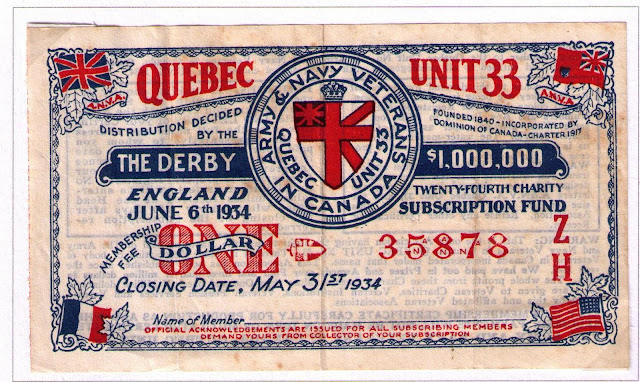 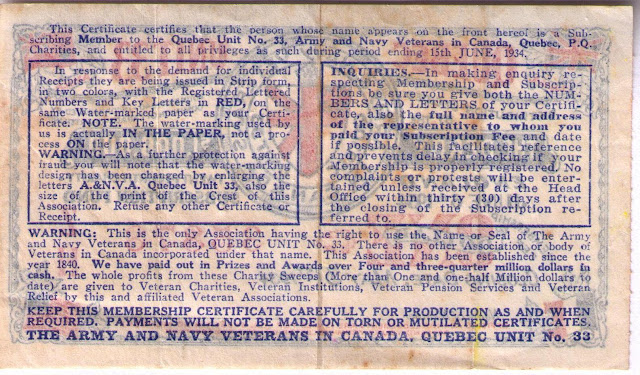 The Army And Navy Veterans in Canada, Quebec Unit 33 was selling "memberships" to its "Charity Subscription Fund". The organization claimed that the money raised was given to veteran charities, pension services, and organizations. For a $1.00 membership fee, a member was eligible to win a cash prize whose distribution was based on the outcome of a horse race. The membership above was for the 24th charity subscription fund which was linked to the June 6, 1934, Epsom Derby won by Windsor Lad. 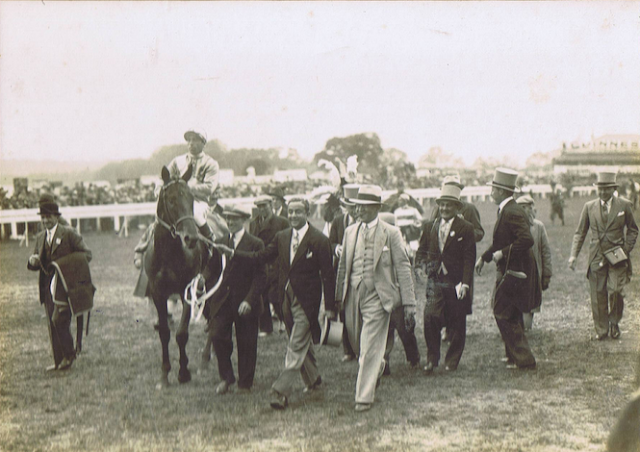 According to the membership shown above, Unit 33 had raised over four and three-quarter million dollars in cash to date. The membership scheme of course was designed to circumvent the law against lottery tickets.

It was an indictable offence under the Criminal Code to make, sell or procure lottery tickets, or to mail any articles concerning lottery tickets. The Postmaster General was given the power to make regulations deeming what would be and would not be deemed mailable matter with respect to lotteries. Letters, circulars or other articles that dealt with illegal lotteries was deemed to be non-mailable matter and returned to the sender.

The post office appears to have been satisfied that correspondence to Quebec Unit 33 related to illegal lotteries and went so far as to prohibit the organization from receiving mail. It would be interesting to learn how the organization dealt with the prohibition.
Posted by philcovex at 7:12 PM