On May 2, 2008, Canada Post issued a pair of commemorative stamps to celebrate two events in the Canadian the oil-and-gas industry : the country's first commercial oil well and first transcontinental pipeline. 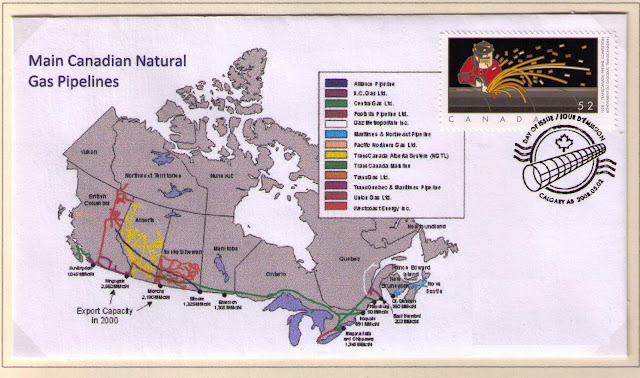 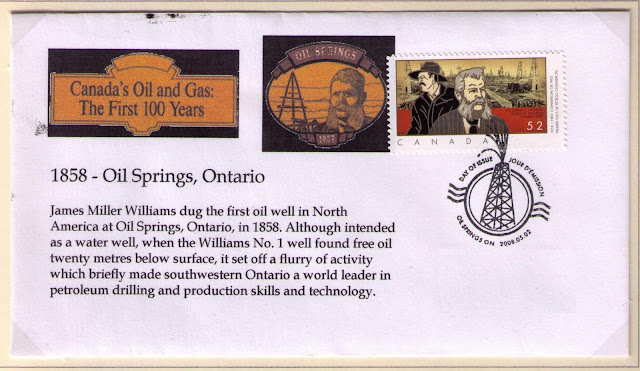 One of the largest natural gas fields in North America is found in Medicine Hat. The fields were discovered accidentally in the early 1900's during Canadian Pacific Railway's search for water. their drills accidentally struck gas. In 1903, Medicine Hat City Council introduced a program to supply all residents with gas; the beginning of a City-owned utility. Today, Medicine Hat is one of only a few cities that produces and distributes its own natural gas and electricity. 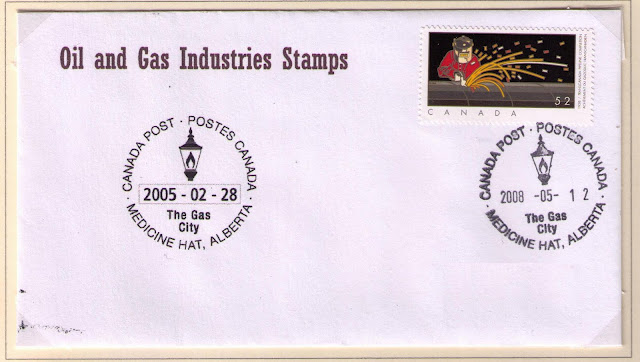 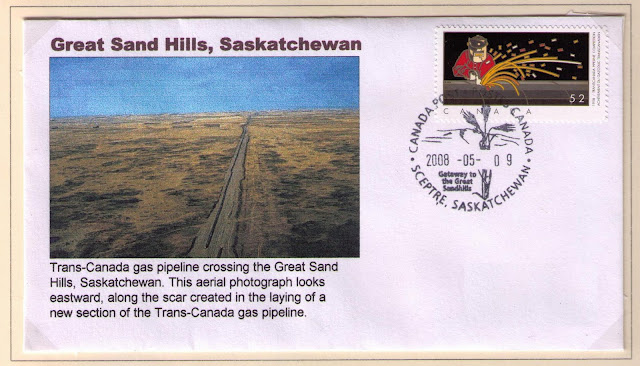 On February 13, 1947, an Imperial Oil rig struck oil at Leduc, Alberta, south of Edmonton. The success, made after 133 failures, transformed Alberta's economy, leading to the discovery of huge oil and gas reservoirs. The pictorial cancels from several Alberta communities illustrate the significance of the oil industry in that province. 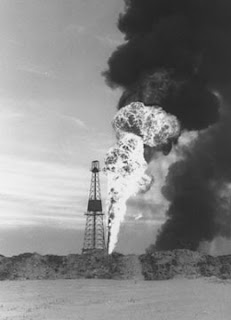 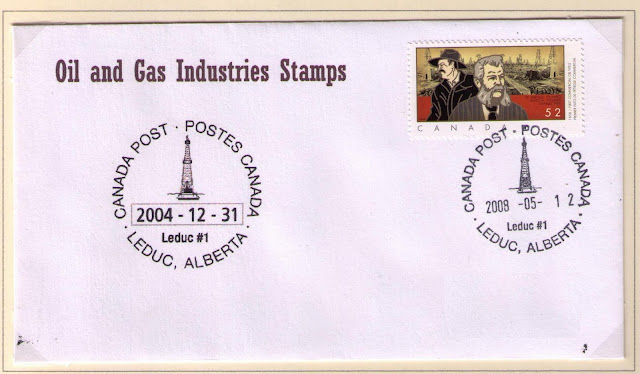 Nisku is a hamlet and an industrial/business park in mid-way between Edmonton and Leduc. The Nisku Industrial Park, established in the 1970s, is Canada's largest and North America's second largest energy park. 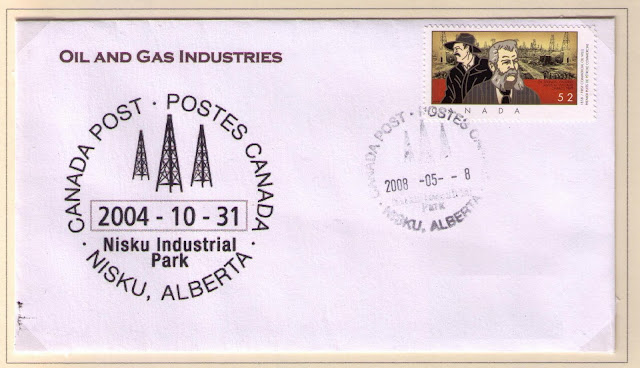 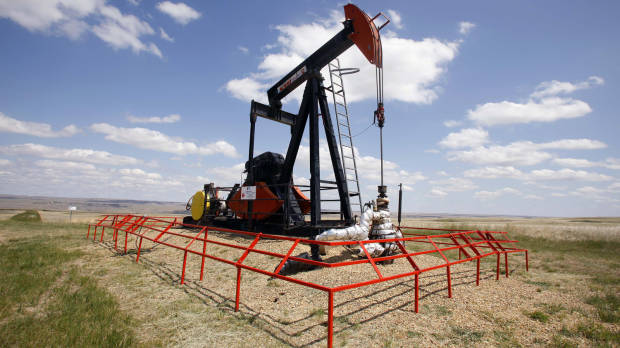 Pump jacks pump oil out of the ground and transfer it to storage tanks through pipelines. 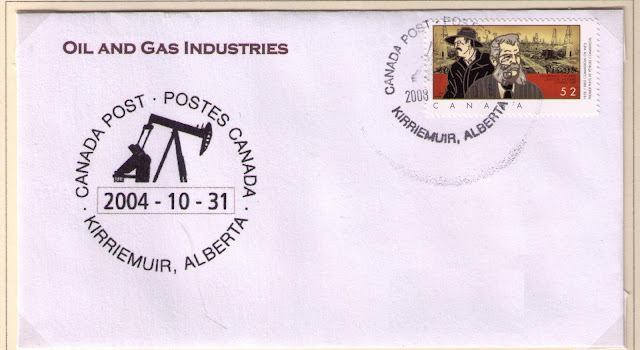 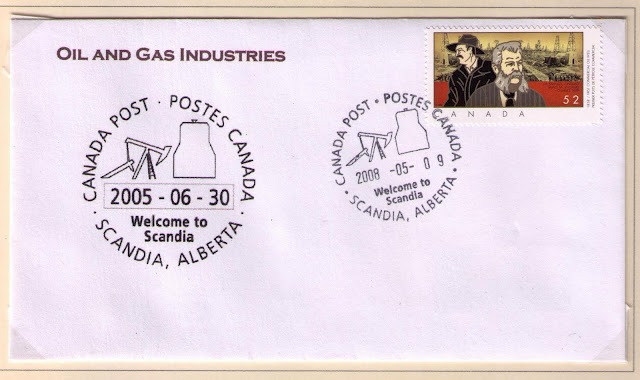 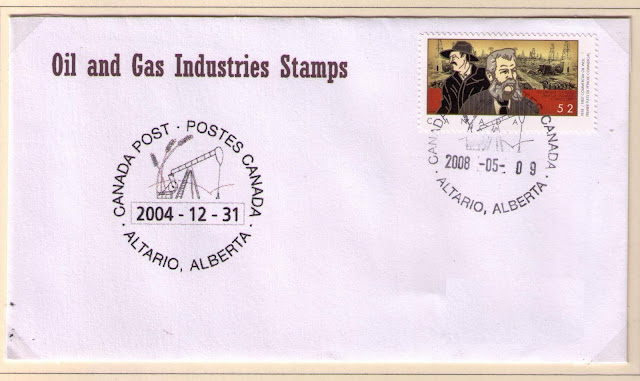