Dr. Barnardo's Homes was the most prominent organization that shipped children out of Britain to Canada and Australia. The organization sent about 30,000 children to Canada between 1882 and 1939. After his initial stay at a receiving home in Ontario, John Shaw was sent to Dr. Barnardo's Industrial Farm for older boys near Russell, Manitoba. The boys lived in a large house on fourteen square miles of land. There was a dormitory that could sleep 200 boys in bunk beds along with a small jail for boys who broke the rules. The boys were taught the basics of farming before being sent to farms in western Canada.

A "Barnardo" boy learning to plow
at the Manitoba Industrial Farm
(c. 1900) 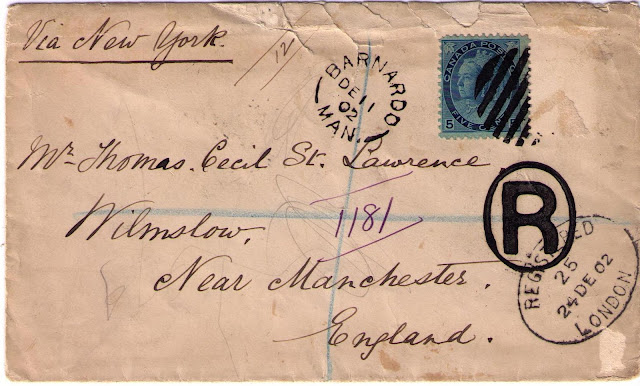 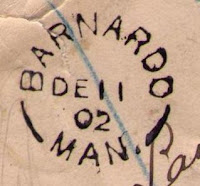 In July, 1903, John Shaw was sent to Kaposvar, District of Assinaboia (now Saskatchewan) to work at Fred Willey's farm. The patriotic post card shown below was pre-addressed to the "Manager, Dr. Barnardo's Industrial Farm" and used by Mr. Willey to report John Shaw's arrival at his farm. 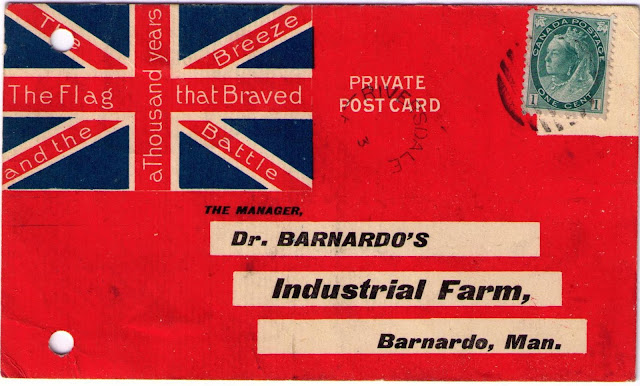 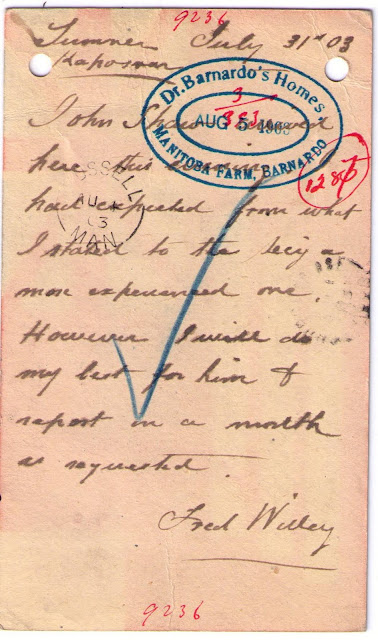 John Shaw arrived here this evening.
had expected from what I stated to the Sec'y a more
experienced one.
However I will do my best for him +
report in a month as requested.

What happened to John Shaw? I contacted Barnardo's and received the following information from Mrs. Valerie Smith, Archive and Administrative Officer:


I have checked the records held here and can confirm that John Shaw was admitted to Barnardo's and emigrated to Canada in March 1903. However, as you are not a descendant you are not entitled to apply for a copy of his records.
I can tell you that John was born in 1885 and was in the employ of Fred Willey. He stayed in touch with us until 1970 when he was living back in the UK.

Recognition of the Hardships faced by the British Home Children


Unfortunately, when they arrived overseas, many of the home children were exploited as cheap agricultural labour and were denied proper shelter and education and were often not allowed to socialize with native children.

In 1987, an investigation was carried out in the United Kingdom which led to the exposure of the child migration scheme and the establishment of the Child Migrants Trust.
In 2010, the Australian governments issued an official apology for the child resettlement programme. In February 2010, British Prime Minister Gordon Brown addressed the House of Commons to offer the British government's apology to former child migrants and their families:

2010 The Year of the British Home Child 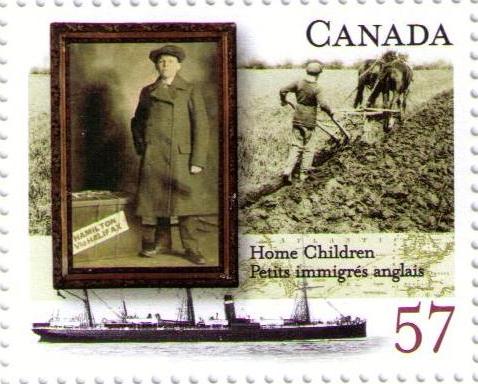