The "Banff-Windermere Highway", the first motor road across the Rockies, was officially opened on June 30, 1923. The highway was the last link in the "Great Circle Tour", a road some 5000 miles long, embracing 16 National Parks in the U.S. and Canada. To mark the historic opening, a slogan cancellation was used at the Calgary, Edmonton, Vancouver, Victoria, and Winnipeg post offices. 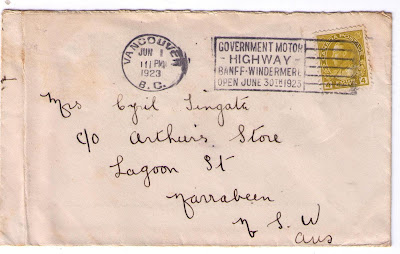 The Vancouver slogan cancellation was applied on June 1, 1923, to the above cover addressed to Narrabeen, Australia.


James Harkin : The Man Behind the Road 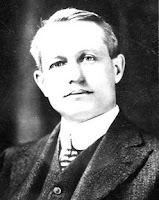 James Harkin (1875 - 1955) was appointed the first commissioner of the Dominion Parks Branch (now Parks Canada) in 1911, and over a period of 25 years organized a nation-wide system of parks. Harkin promoted the construction of the Banff-Windermere Highway so that people could enjoy some of Canada’s loveliest scenery while contributing dollars to the economy. 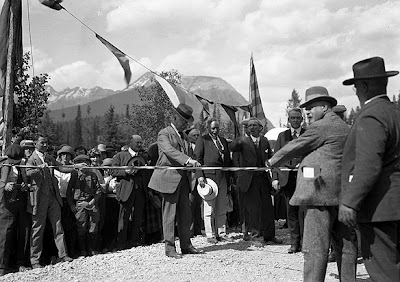 Official opening of the Banff-Windernere Highway

Kootenay Park and the Banff-Windermere Highway

Kootenay National Park was established in 1920 as part of an agreement between the provincial and federal governments to build the Banff-Windermere Highway. A strip of land five miles (eight kilometres) wide on each side of the highway was set aside as a national park. 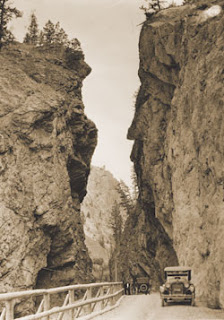 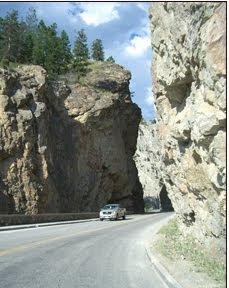 The above photographs were taken at approximately the same location north of Radium Hot Springs.

Posted by philcovex at 7:30 PM