Pictorial cancels from post offices nearest to each of Alberta's five National Parks are shown in this post.

In 1883, Canadian Pacific Railway workers discovered hot springs on the eastern slopes of the Alberta Rockies. Prime Minister John A. Macdonald set aside a small reserve of 26 square kilometres around the hot springs as a public park known as the Banff Hot Springs Reserve in 1885. The park was expanded in 1887 and named Rocky Mountains Park, becoming Canada's first national park. In 1930, the park was renamed as Banff National Park. 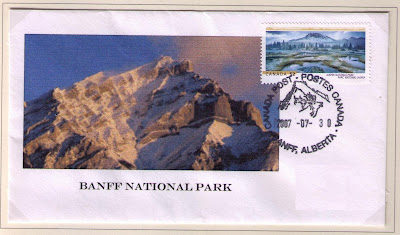 Elk Island National Park is located 35 km east of Edmonton. The park is representative of the northern prairies plateau ecosystem, and is home to the densest population of hoofed mammals in Canada.

In 1906 the federal government created a wildlife sanctuary near Fort Saskatchewan called "Elk Park". With elk, mule deer, and moose enclosed within its fenced boundaries, Elk Park became the first federally controlled area in Canada to be enclosed as a big game sanctuary. In 1913, the sanctuary, now called Elk Island Park, was designated as a Dominion Park.


Sherwood Park is the nearest post office to the park having a pictorial cancel. 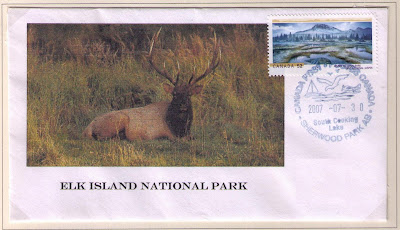 Jasper National Park was established in 1907 on the eastern slopes of the Rockies. The park is the largest "Dark Sky Preserve" on the planet. 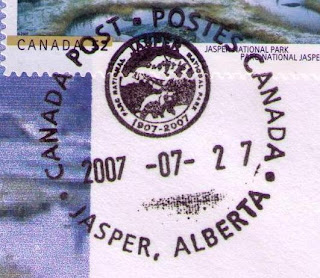 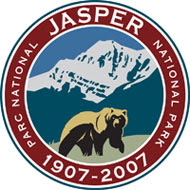 The Jasper centennial logo was
featured on the pictorial cancel. 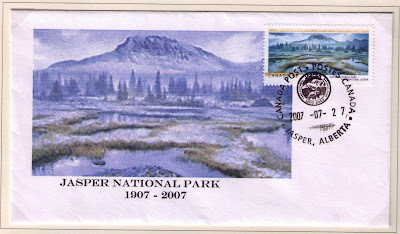 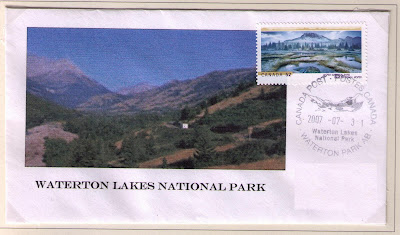 Wood Buffalo National Park , located in northeastern Alberta and southern Northwest Territories, is the Canada's largest national park and one of the largest in the world. It was established in 1922 to protect the last remaining herds of bison in northern Canada. Today, it protects an outstanding and representative example of Canada's Northern Boreal Plains. 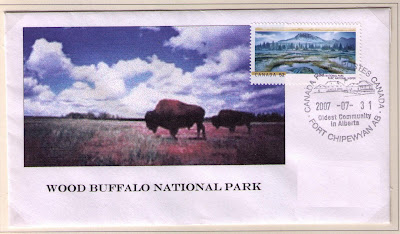