Canada Post Pictorial Cancels
2007 Christmas
Canada Post's 2007 Christmas stamp set consisted of a single secular stamp featuring a reindeer, and three stamps with religious images illustrating the themes Hope, Joy, and Peace. This post shows covers which received related pictorial cancels within one month of the issue of the stamps. 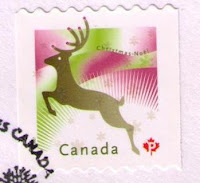 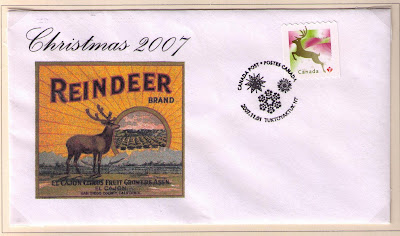 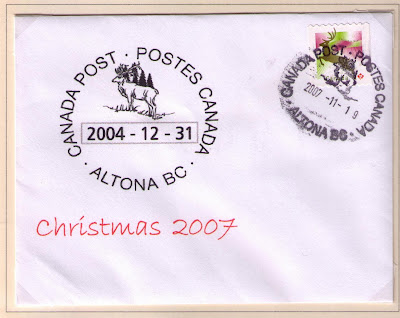 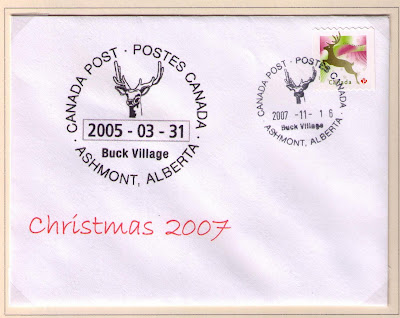 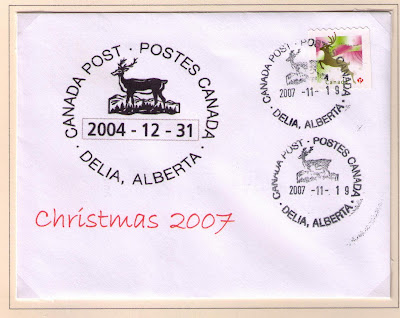 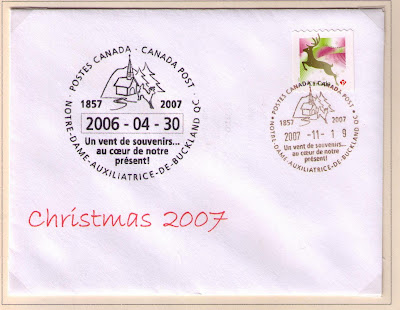 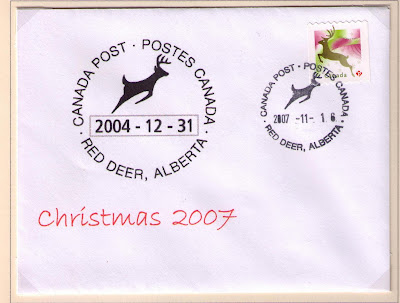 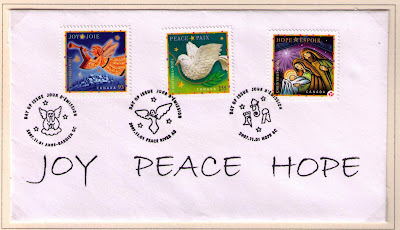 Since the angel on the stamp is shown blowing a horn, the Smithers, B.C. cancel showing a man blowing an alpine horn seemed appropriate as was the Marion Bridge, N.S. cancel featuring musical notes. 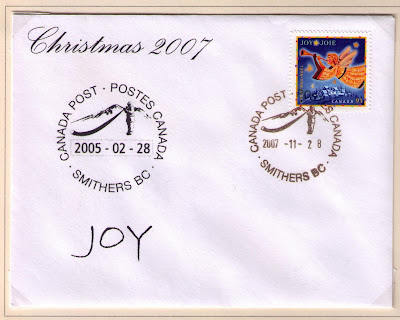 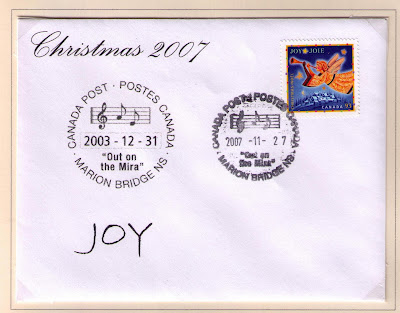 An interesting selection of cancels related to the peace theme are shown. The Hampton, N.B., cancel shows a dove of peace and honours John Peters Humphrey, the Canadian diplomat who drafted the Universal Declaration on Human Rights. In 1995, the Pugwash conference, held in Pugwash, N.S., was awarded the Nobel Peace Prize for its efforts on nuclear disarmament. The "Tree of Peace" is featured on the Ohsweken pictorial cancel. Ohsweken is a village on the Six Nations of the Grand River First Nation Indian Reserve near Brantford, Ontario. 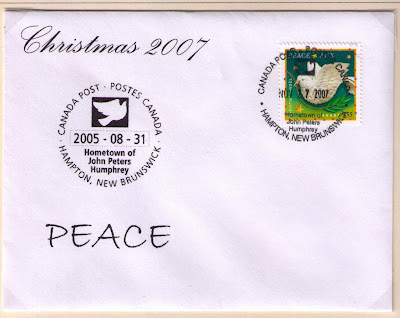 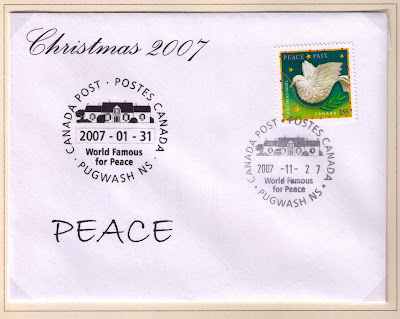 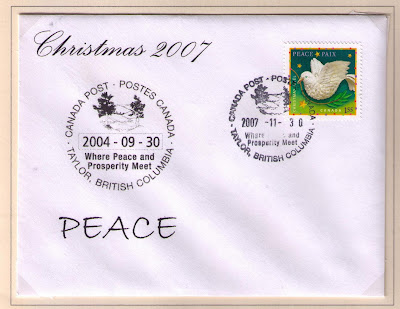 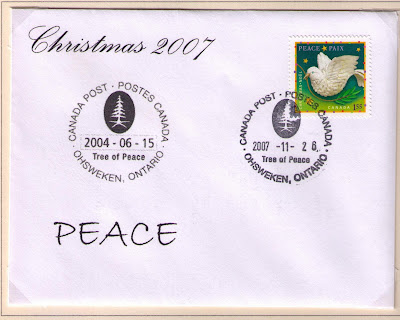