The Canadian Map Stamp of 1898 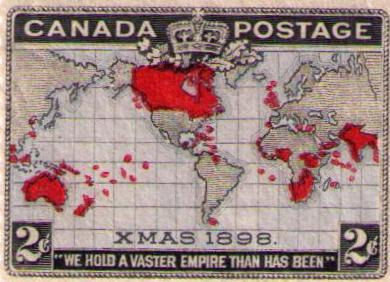 The Imperial Penny Postage came into effect on December 25, 1898. To mark the event, the Canada Post Office issued a 2 cent (equivalent to British 1d.) commemorative stamp whose release date was scheduled for December 25 but because of public pressure was released on December 7, 1898. On December 25, 1898, the one-half ounce letter rate from Canada to certain parts of the empire was reduced from 5 cents to 2 cents. 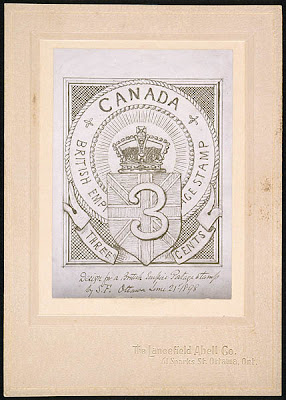 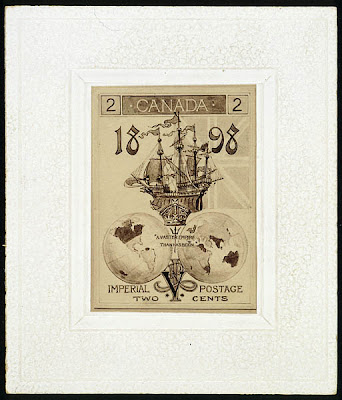 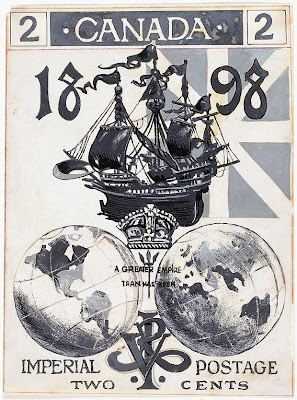 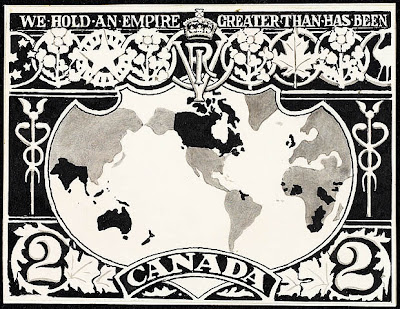 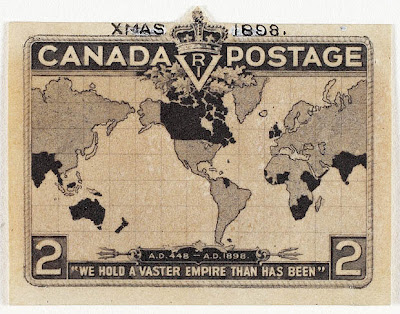 Canada Post issued a commemorative stamp on May 29, 1998, to mark the 100th anniversary of the introduction of Imperial Penny Post, featuring the 1898 Map stamp: 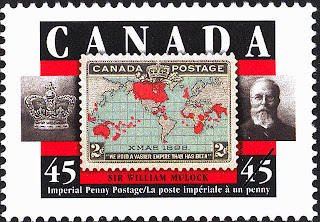 Canada Post described the stamp issue as follows in its press release:


It was a momentous time in postal history; one hundred years ago, imperial penny postage was introduced, allowing Canadians to send letters anywhere in the British Empire at the rate of one British penny - just two cents Canadian! It was a huge triumph for Canada, Postmaster General Sir William Mulock played a pivotal role in negotiating this change from the previous levy of five Canadian cents. The penny-postage stamp is one of the most revered by collectors. It was the world's first Christmas issue. The stamp featured a collage of Queen Victoria's crown, a map of the world with the British Empire displayed in red, "Xmas 1898" and the phrase, "We hold a vaster empire than has been". Produced in three colours and by two different processes by the American Bank Note Company of Ottawa, it was the most expensive issue in Canadian philatelic history to that date. Recognizing the significance of the stamp for collectors, Canada Post will issue a single domestic-rate stamp. Queen Victoria's crown, a portrait of Postmaster General Sir William Mulock, and a reproduction of the original stamp are together depicted against a dark backdrop with "Canada" boldly displayed.

William Mulock was the Member of Parliament (Liberal) for the riding of York North, Ontario, from 1882 to 1905. Mulock was Postmaster General from 1896 to 1905. 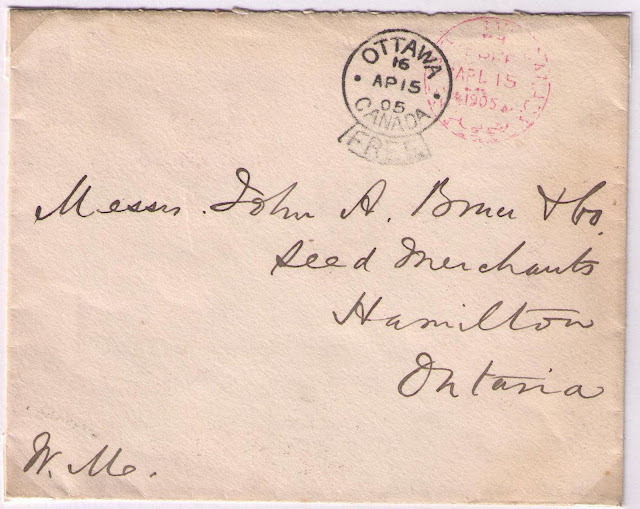 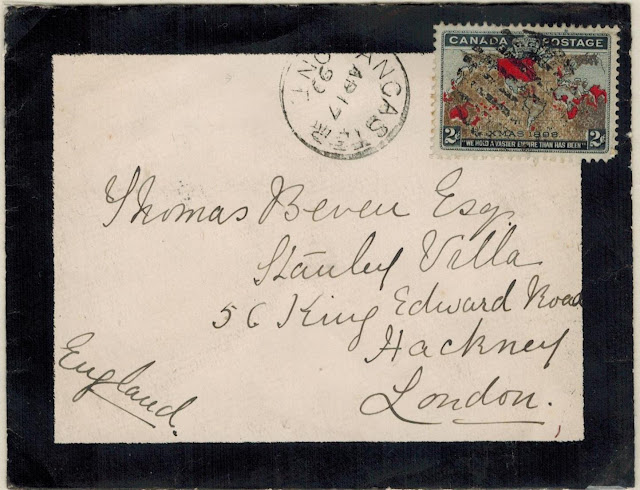 
Although the stamp was intended to prepay the Imperial letter rate, the stamp could be used to prepay any other rate or fee. The examples below show the Map Stamp used to pay the UPU post card rate. 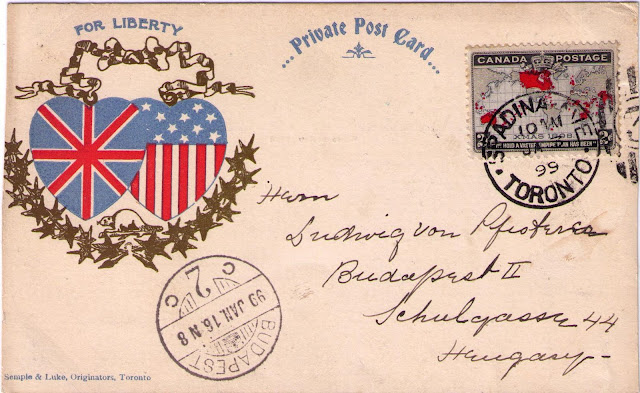 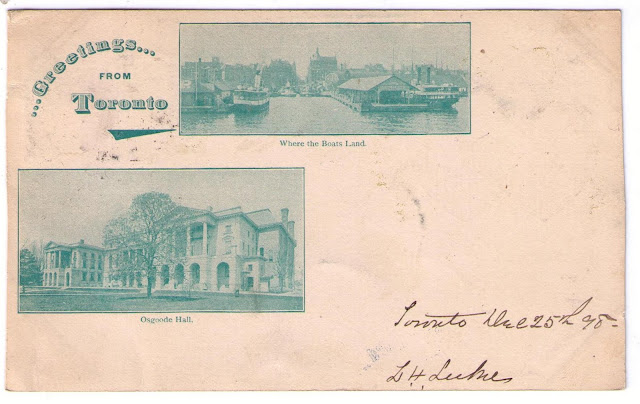 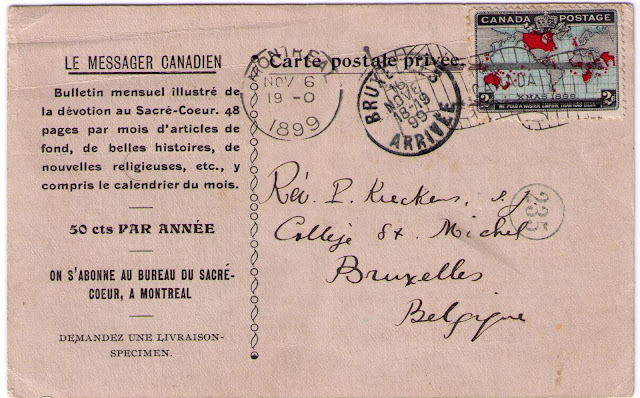 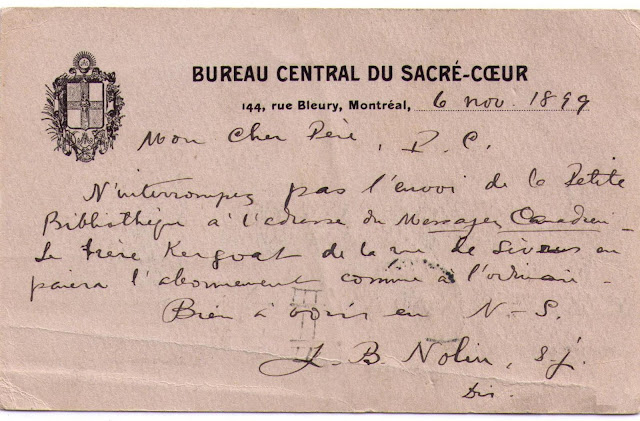