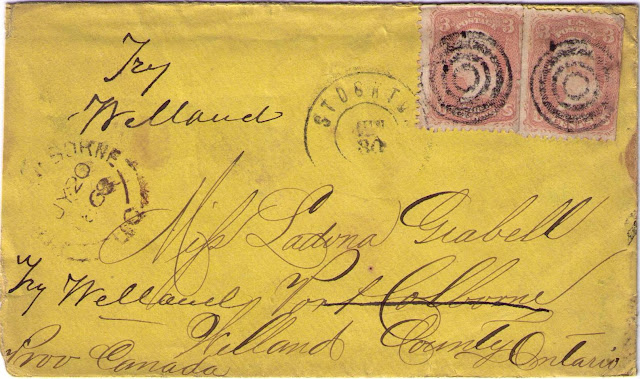 The above cover was mailed from Stockton, California to Port Colborne, Ontario. The letter was prepaid at the 6 cents per one-half ounce rate to Canada. The stamps were cancelled on June 30, 1868. The cover was 16 days in transit before its receipt at the Port Colborne post office. The cover was subsequently redirected to Welland via the Welland Railway.

The cover would have gone overland on the daily mail stage coach from Placerville, California, to Atchison, Kansas a distance of 1913 miles.

From Atchison the letter would probably have been transported by train to Chicago then to Canada.
Unfortunately there are no U.S. transit markings.

Several Ontario postmarks were applied to the cover. 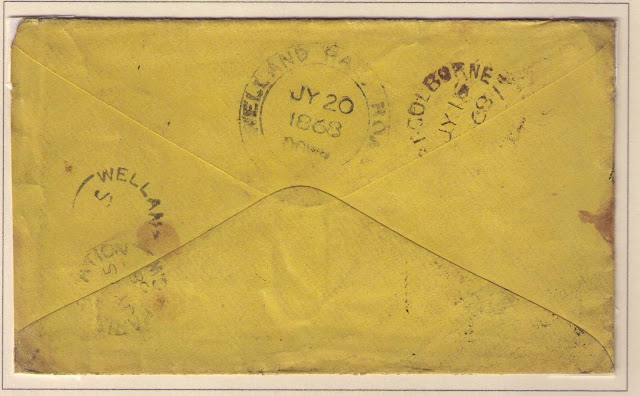 The first Canadian cancel was applied at Paris, Ontario, west of Port Colborne, on July 15, 1868: 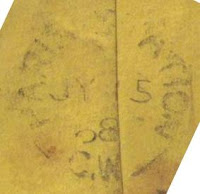 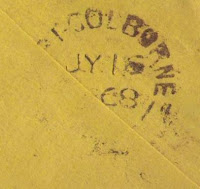 On July 20, the letter was redirected to Welland: 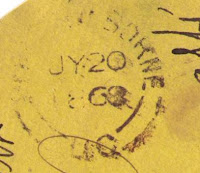 The Welland Railway ran from Port Colborne on Lake Erie to Port Dalhousie on Lake Ontario (Down): 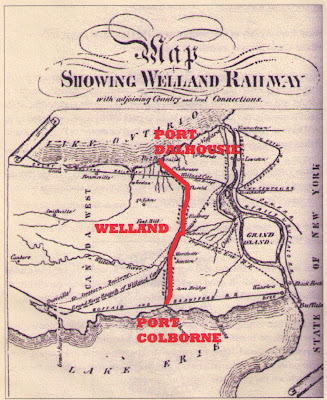 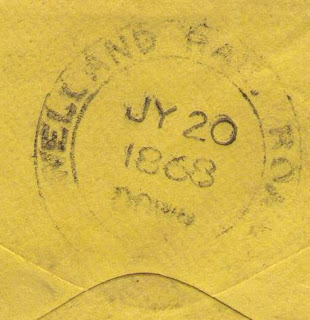 A partial Welland receiver was applied. 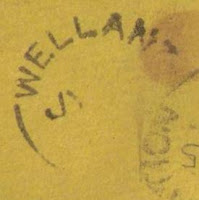 Posted by philcovex at 6:34 PM