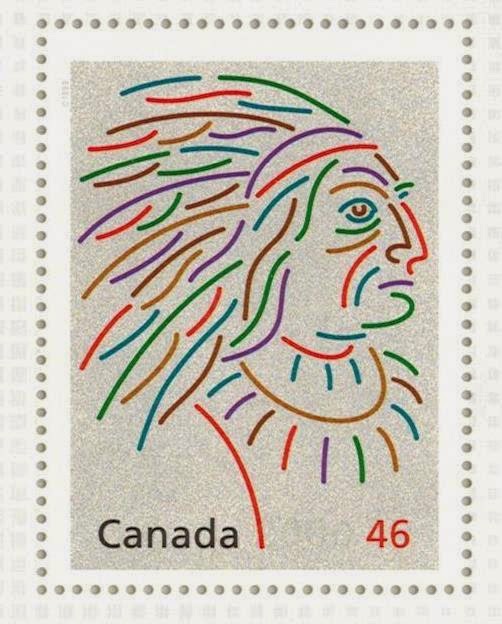 Pontiac was an aboriginal leader who fought against British military occupation in the Great Lakes region from 1763 to 1766. In July 1766, Pontiac made peace with the British. In 1769 he was assassinated by a Peoria Indian.


Aboriginal peoples have always been a vital part of Canada's heritage. A noble warrior and chief of the Odawa tribe during the 18th century, Pontiac persuaded the British crown to recognize the legal rights of Aboriginal tribes to claim title to the lands they occupied.

The Pontiac stamp was one of 68 Millennium stamps first issued in a hardbound book, Canada Post The Millennium Collection : Expressions of a People, on September 15, 1999. The stamps were printed two to a page. 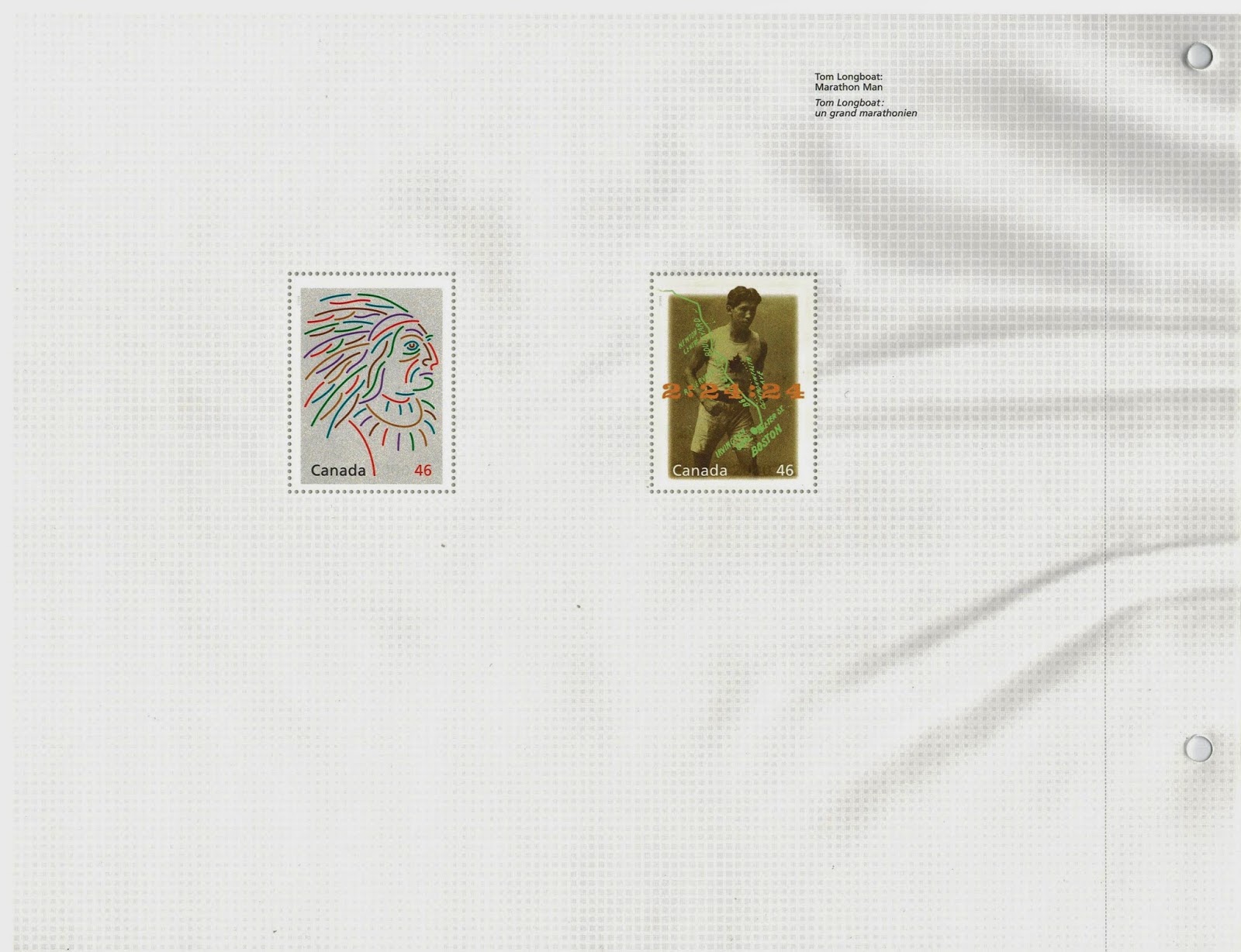 The Pontiac and Tom Longboat stamps were printed on the same page.

Canada Post Corporation re-issued the Millennium stamps in panes of 4 stamps issued over a three month period from December 17, 1999 to March 17, 2000. The souvenir sheet with the Pontiac stamp was released on February 17, 2000. 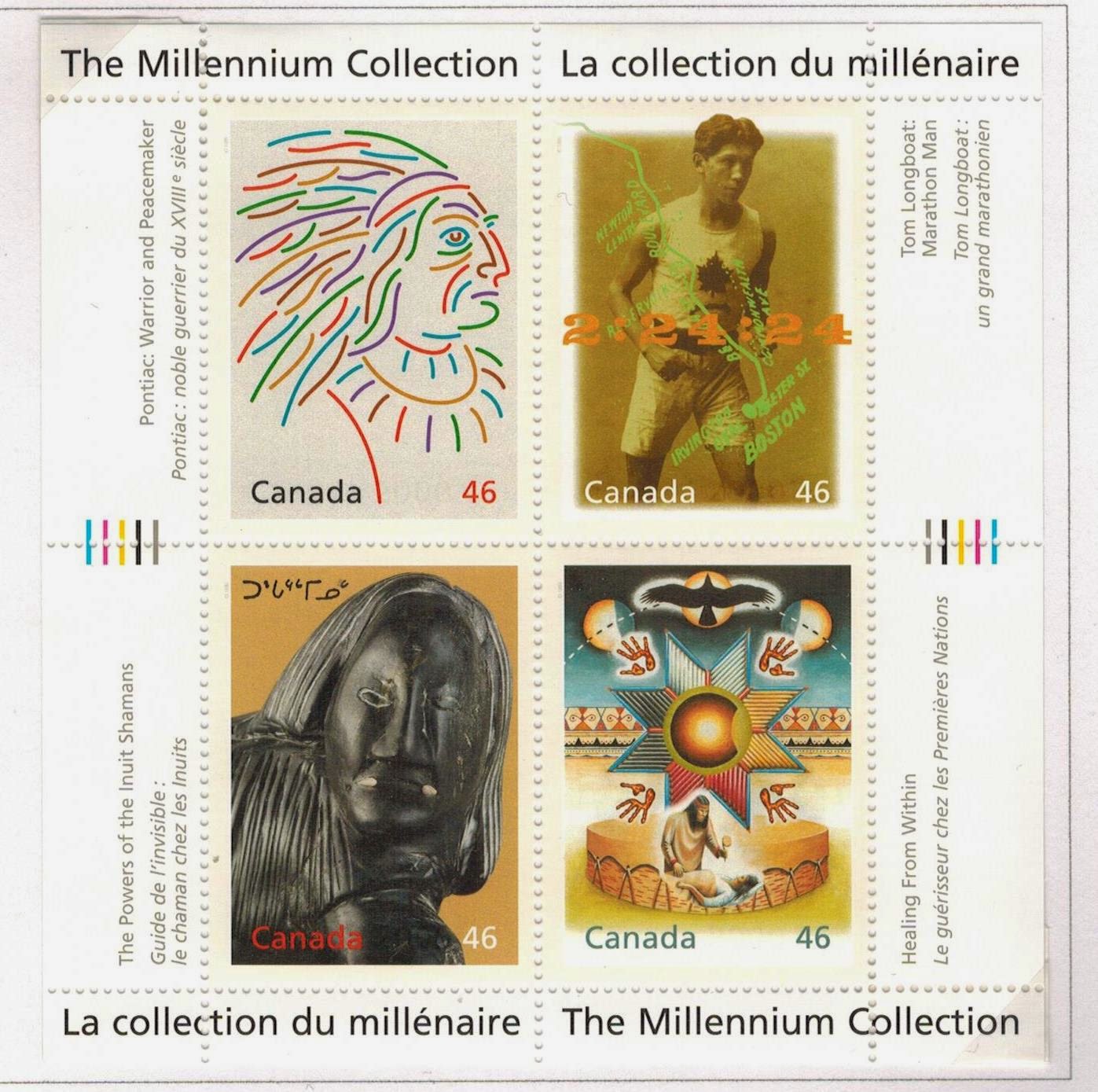 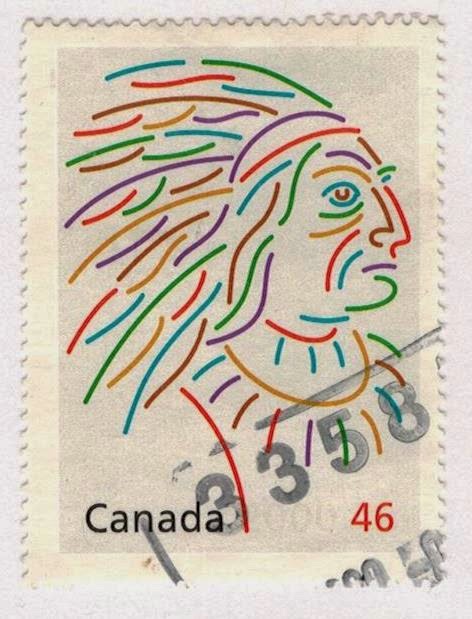