You never know what you will learn when you come across a first day cover, even those that are seemingly uninteresting. The two covers shown in today's post are historical artifacts that really bring the past to life.

The  Rosecraft first day cover of the 1967 Royal Visit stamp was addressed to Mr. David Miller, Ottawa, and marked "Personal". There was no return address, but the enclosure reveals that it was an advertizing first day cover from Gaylord Products of Canada, St. Hyacinthe, Quebec. Gaylord was one of several businesses which used first day covers to promote their companies. What is unusual about the Gaylord letter is the reproduction of the stamp and the fact that there is no mention of the products or services provided by Gaylord, just a briefing on the Royal Visit stamp. 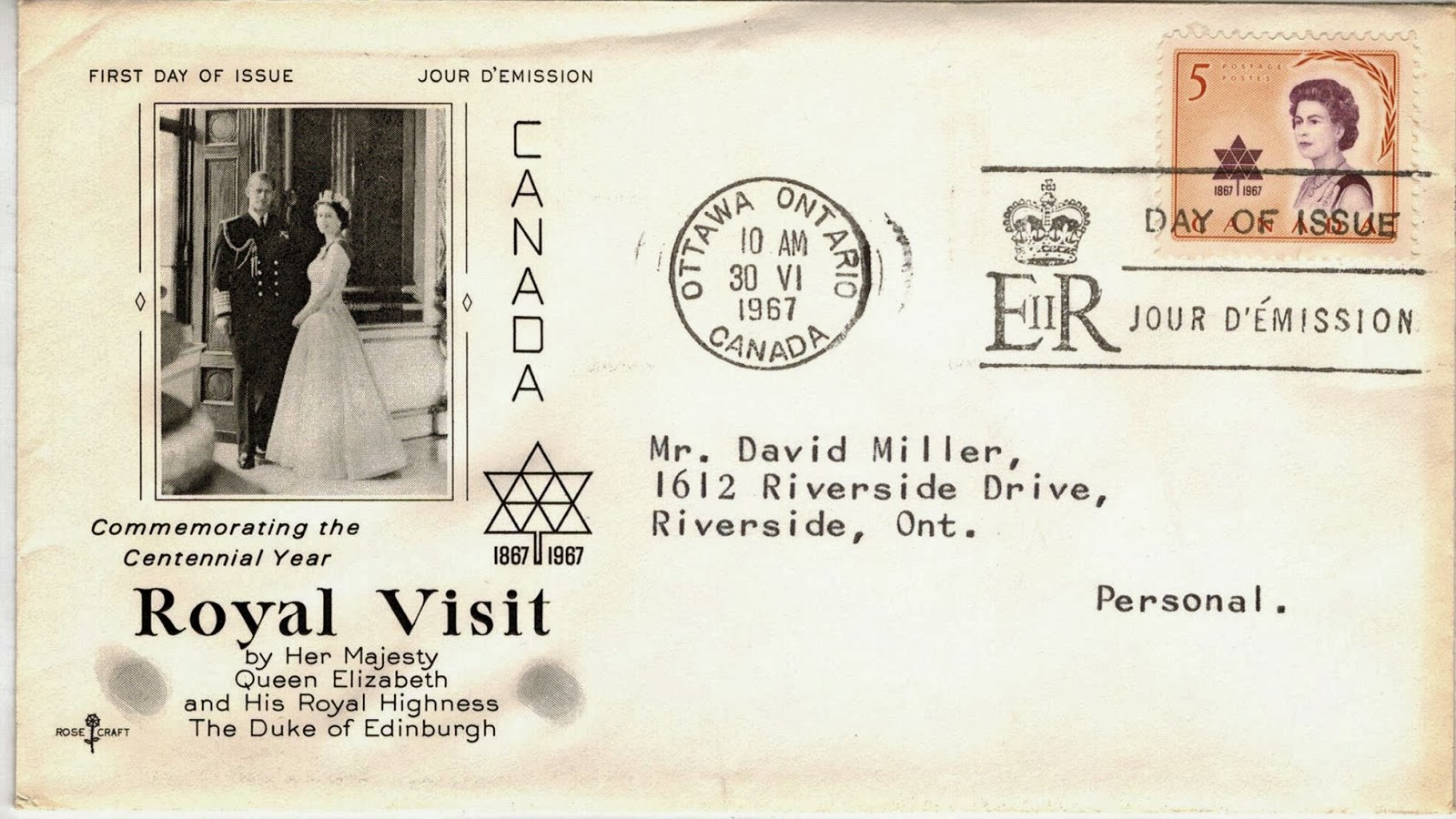 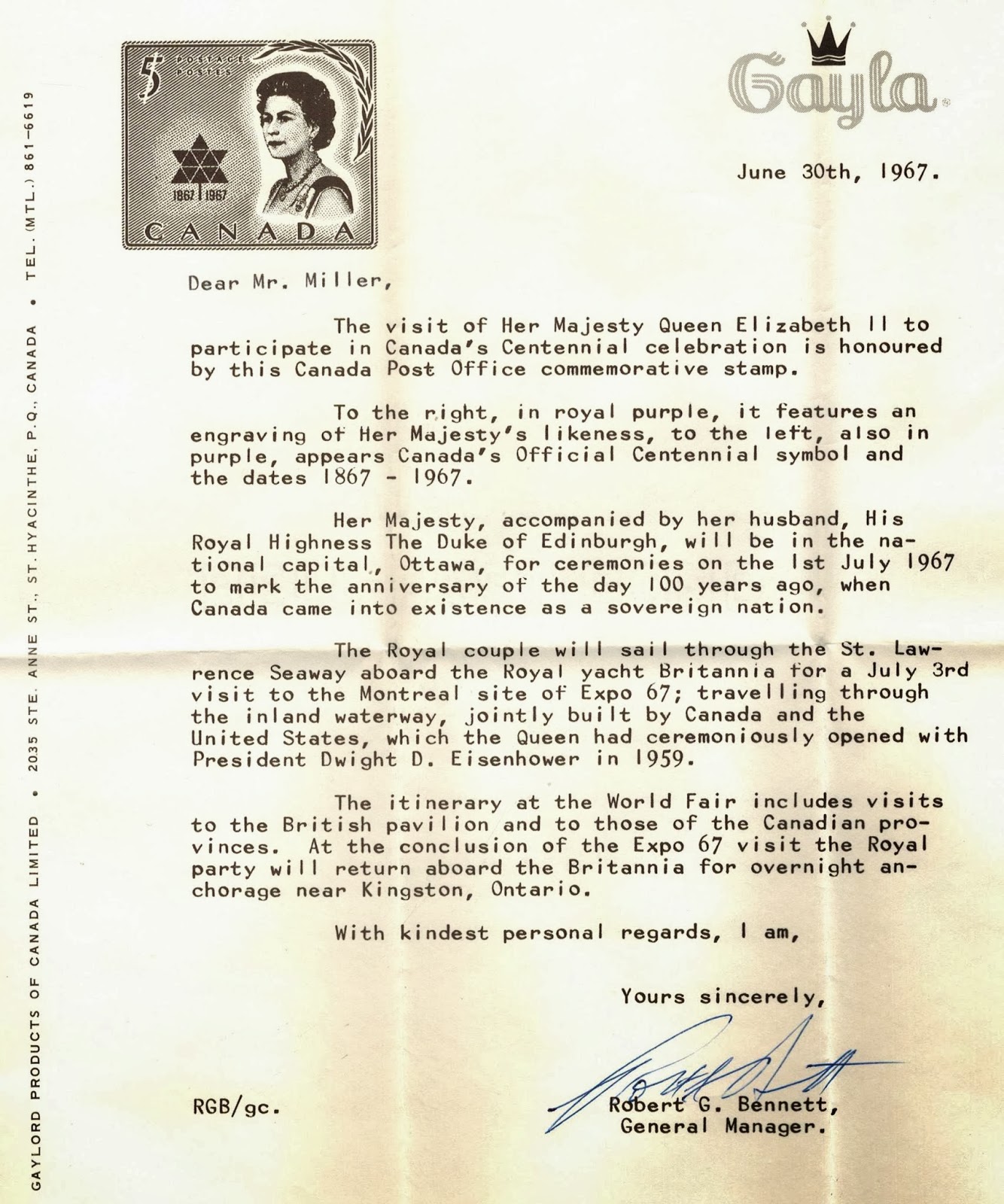 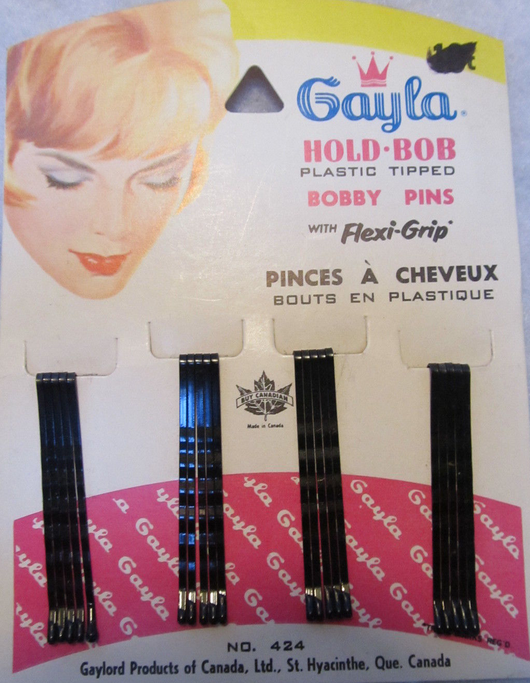 For those who are not users of bobby pins, this Wikepedia description explains the device nicely:

A bobbing pin  is a type of hairpin usually of metal or plastic, used in coiffure to hold hair in place. It is a small double-pronged hair pin or clip that slides into hair with the prongs open and then the flexible prongs close over the hair to hold it in place. They are typically plain and unobtrusively colored, but some are elaborately decorated or jeweled. Bobbing pins became popular in the 1920s to hold the new bobbed hairstyles.

The next Gaylord first day cover  is a knock-out. The enclosed letter, again addressed to Mr. Miller, conveyed the company's early Christmas message. 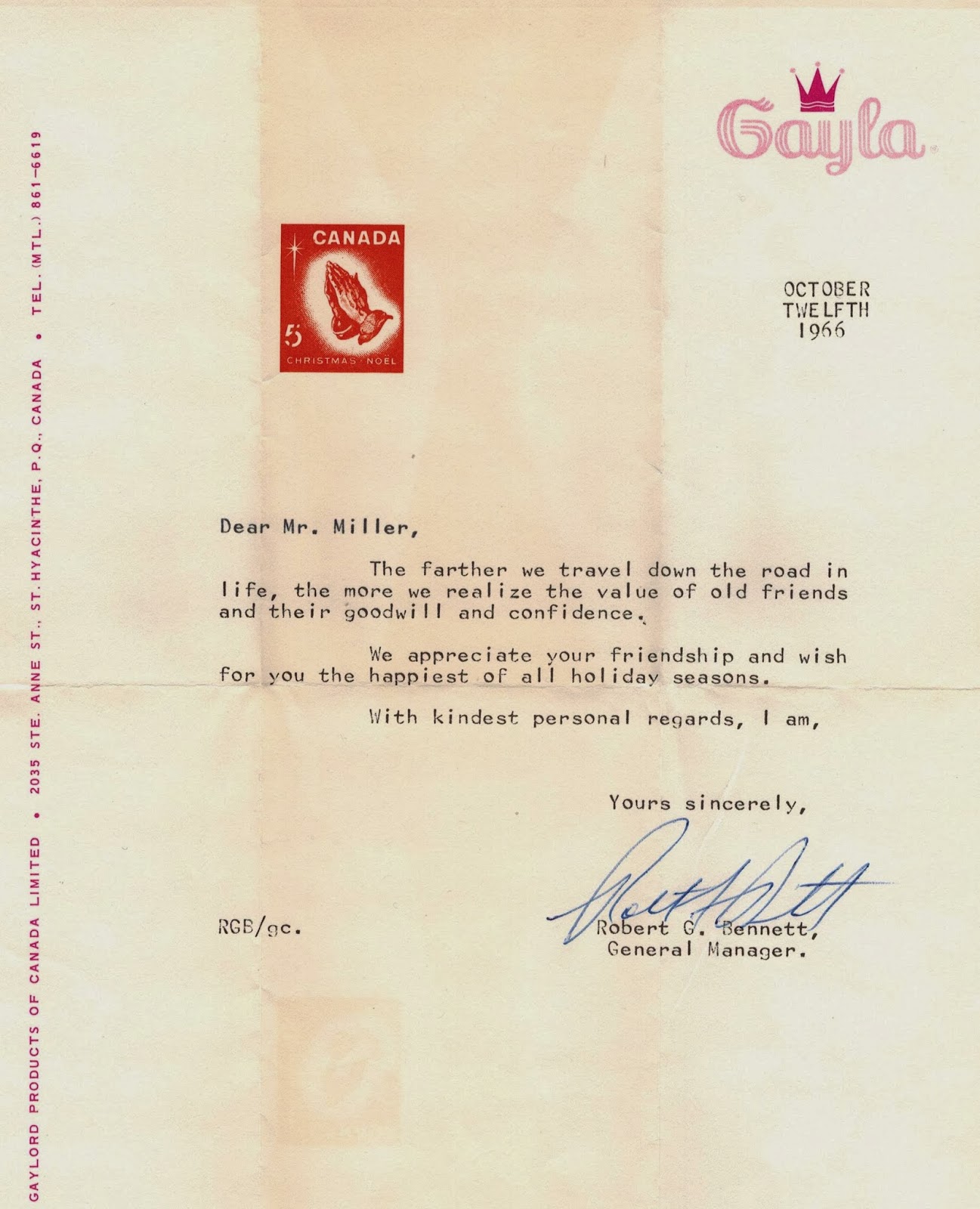 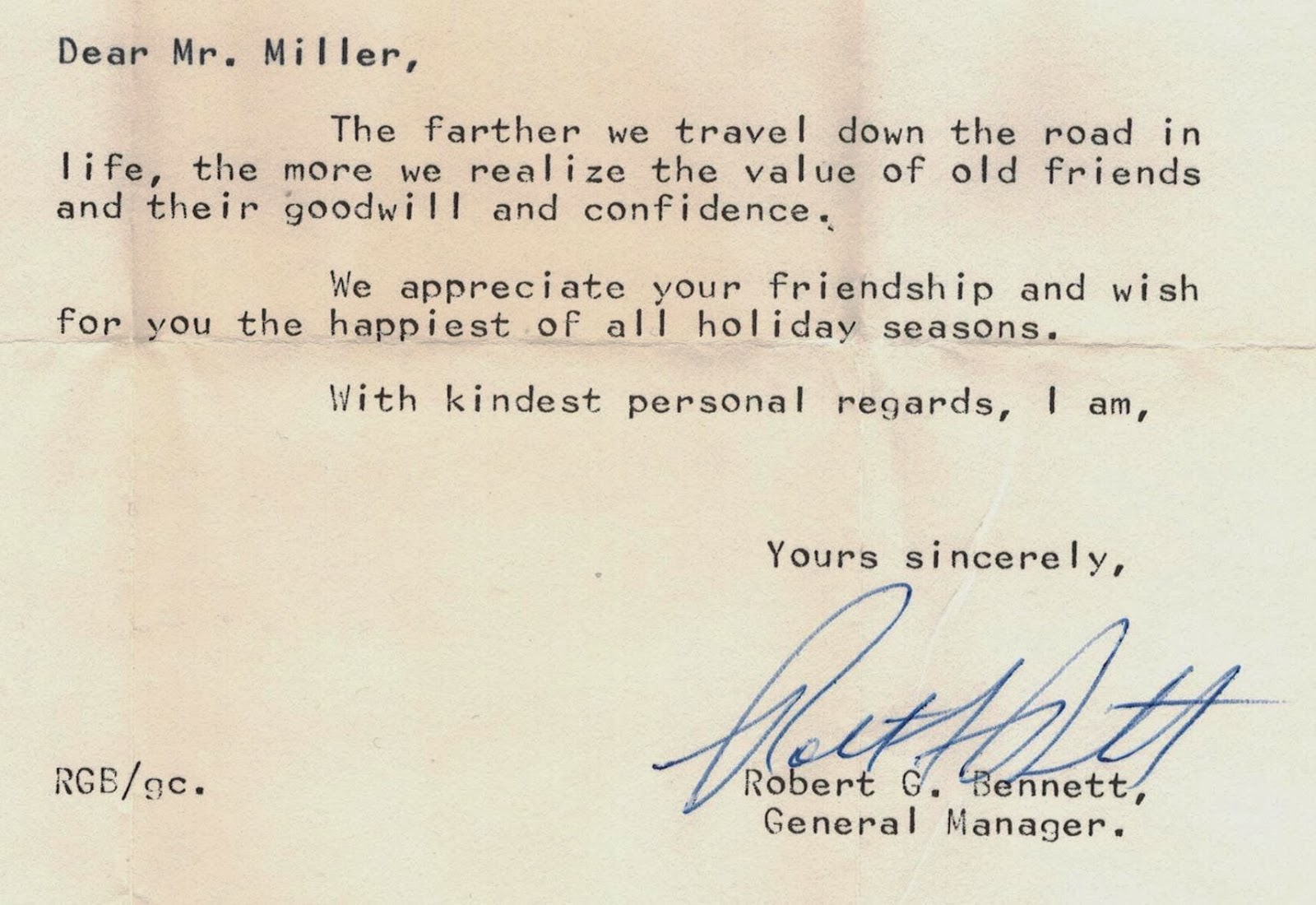 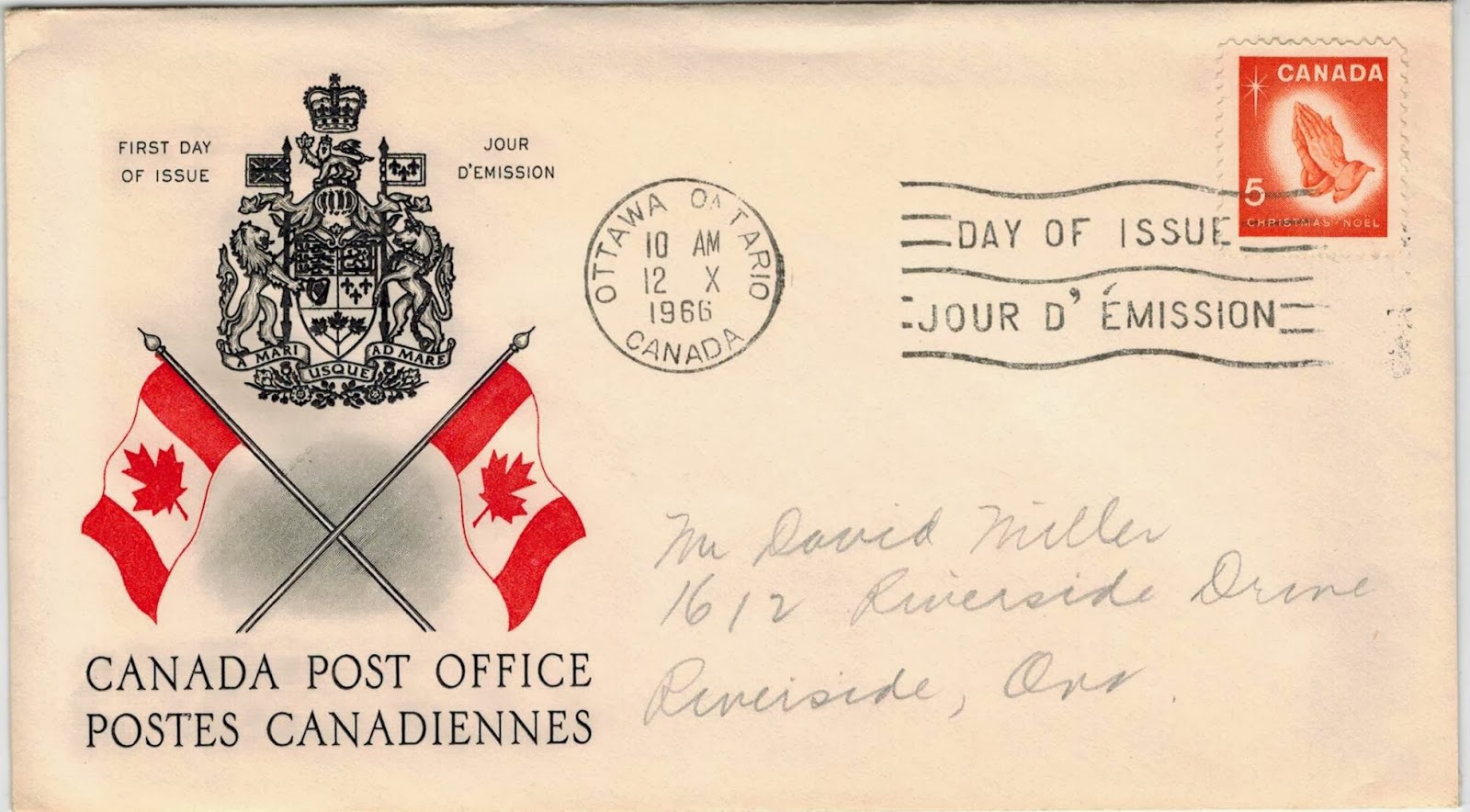 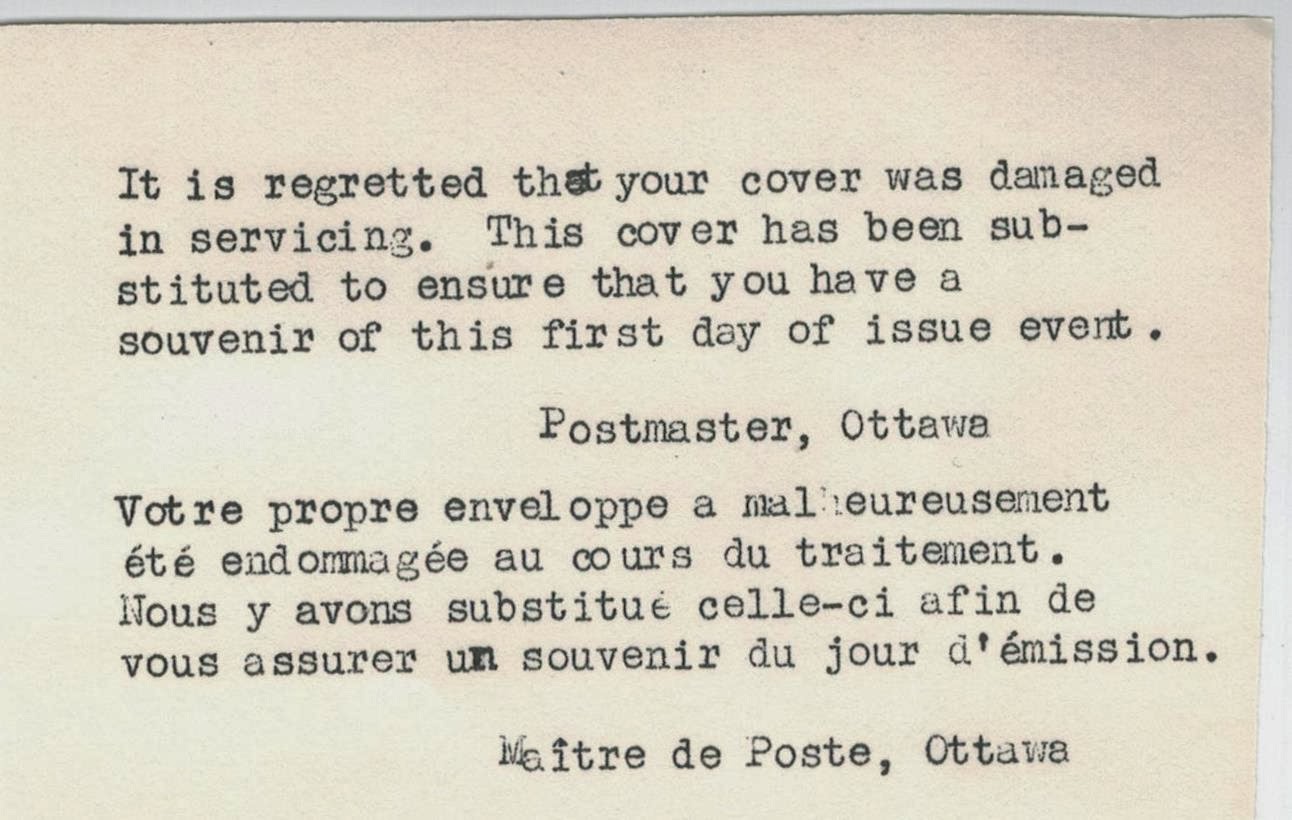 
I always marvel at the interesting discoveries one can make collecting first day covers.
Posted by philcovex at 9:54 AM