Another Example of Incorrect 1966 International Taxation

This post deals with another interesting shortpaid item which was incorrectly taxed by Canada Post Office in the January- June 1966 period, and incorrectly charged by the destination country. Fortunately for the addressee, the two mistakes cancelled each other out and the amount due was just about right. 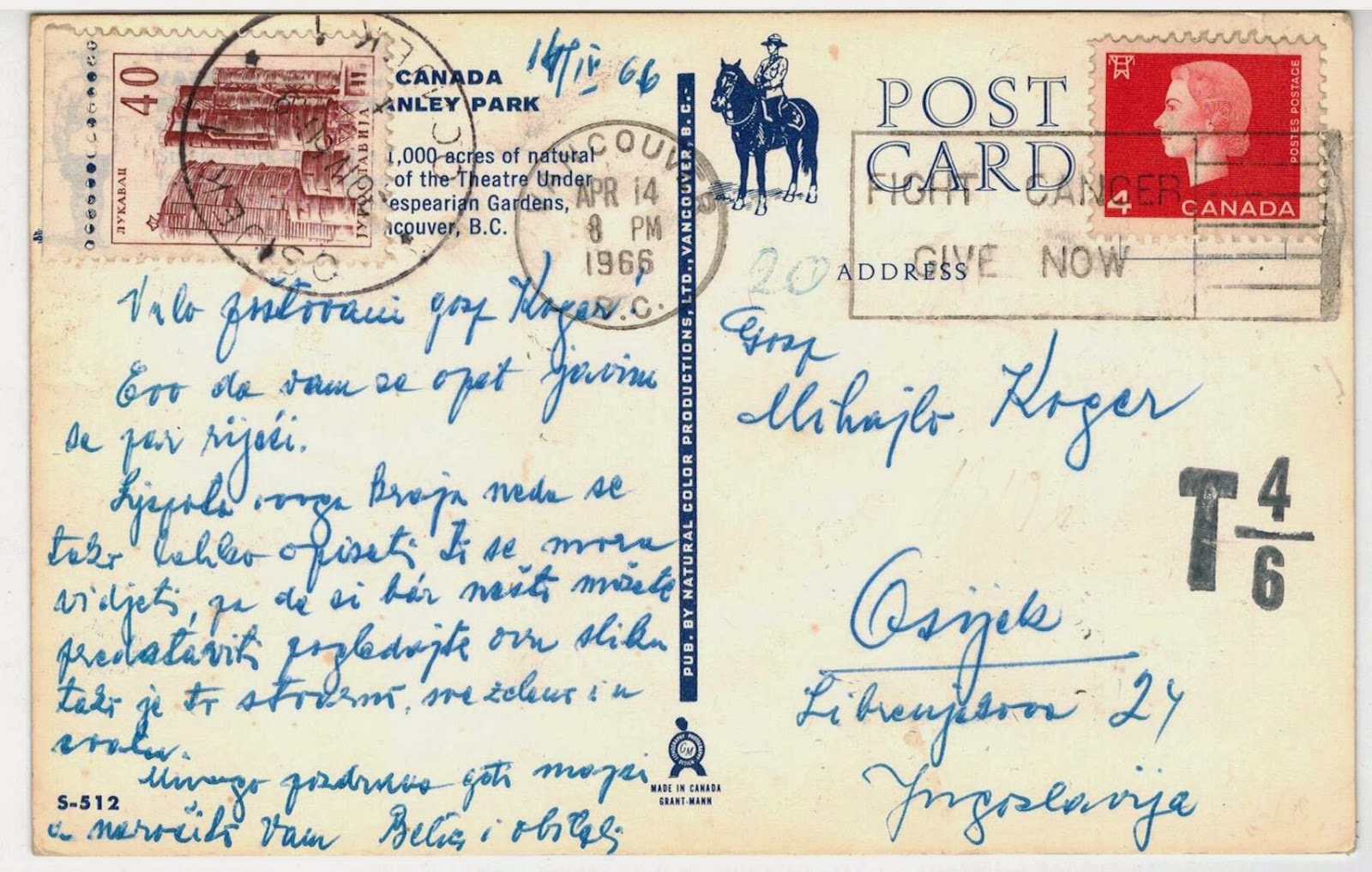 The above card was sent from Vancouver to Osijek, Yugoslavia (now Croatia) on April 14, 1966. Franked with a 4 cent Cameo definitive this card was shortpaid 2 cents as the international surface post card rate had increased from 4 cents to 6 cents on January 1, 1966. The Canadian tax fraction 4/6 was incorrect. The amount due in Yugoslavia was 40 dinars. 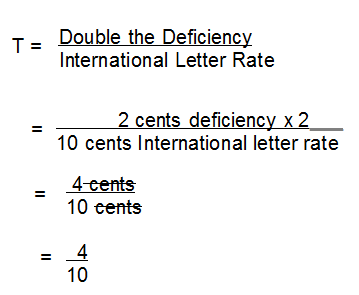 Canada Post Office did not use the correct value in the denominator. Instead of the international letter rate, the denominator used for shortpaid post cards was the international surface post card rate. A common sense way of thinking perhaps but mathematically unsound when we understand how the receiving country was supposed to calculate the amount due in its currency.

This is how Canada Post Office came up with its fraction: 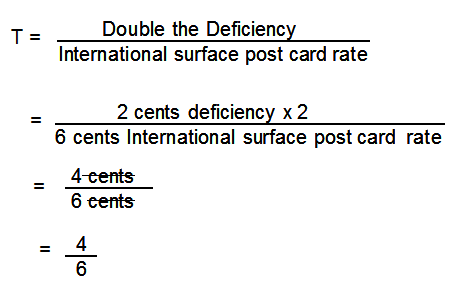 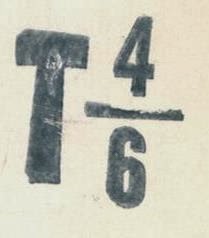 The tax fraction should have been 4/10

Here is the important point to know about the fractional system of taxation:

We assume that both countries are charging the basic letter rate set by the Universal Postal Union. In 1966, the Yugoslavian and Canadian international letter rate were 85 dinars and 10 cents respectively. What we are saying is that 85 dinars was equal to 10 cents. Was this the real currency equivalence? Probably not, but it was close enough for the Yugoslavian post office to determine the amount due.

The use of the fraction enabled the Yugoslavian post office to convert 4 cents Canadian into dinars, using the 85 dinars/10 cents relationship.This is done by multiplying the Yugoslavian international letter rate by the Canadian fraction.

34 dinars was the correct amount due if Canada Post Office and the Yugoslavian post office had applied the Vienna system correctly.

This is a case of two wrongs making a right! The actual amount charged by the Yugoslavian post office , 40 dinars, is reasonably close to the correct amount, but was arrived at in error.  The Yugoslavian office probably multiplied the Canadian tax fraction by its international post card rate instead of its international letter rate. I know this makes a lot of sense to do this but it isn't the way the system was meant to operate. Here is what they probably did:

If Yugoslavia had understood the Vienna taxation system,  this is how they would have converted the 4/6 fraction into dinars:

Rounded up, this comes to 60 dinars as opposed to 40 dinars.  Fortunately for the addressee, the Yugoslav post office did not understand the Vienna system any better than did Canada Post Office. In the end however, the two wrongs did make a right and the amount collected, 40 dinars,  was close to the correct value, 34 dinars. 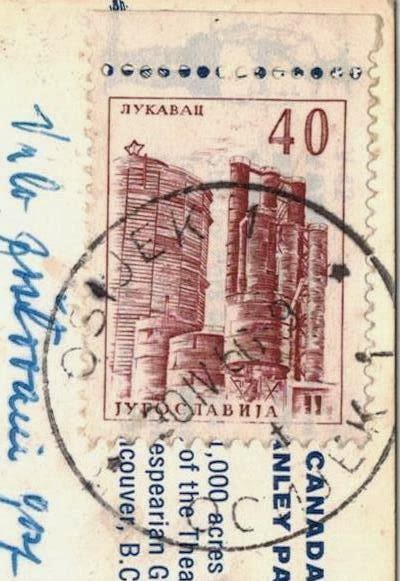 Of course, I am assuming that the Yugoslavian post office used the 4/6 fraction to calculate the amount due, but perhaps they may have charged 40 dinars because it was the minimum amount to be charge on short paid international mail.

Don't worry. It took Canada Post Office 6 months to figure it out. It's like time travel in the movies. At some point it doesn't make sense.
Posted by philcovex at 6:42 AM