In 1967, a special Centennial cancellation consisting of the Centennial symbol and three wavy lines was used at over twenty post offices. See "The Centennial Symbol Machine Cancellation".

The Windsor, Ontario Centennial cancel is quite rare. I have never seen it used on commercial mail. I have recently acquired a few favour covers. 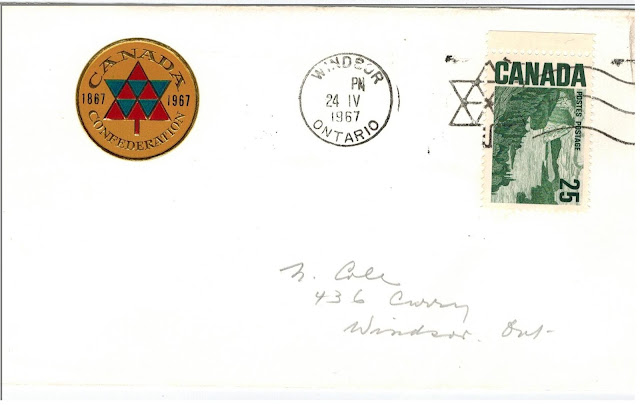 The addressee is (Rev.) N. Cole 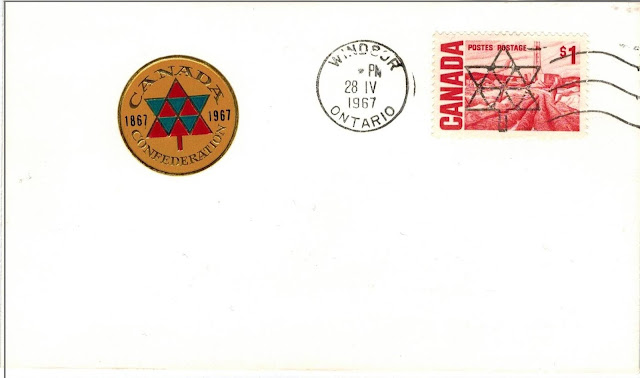 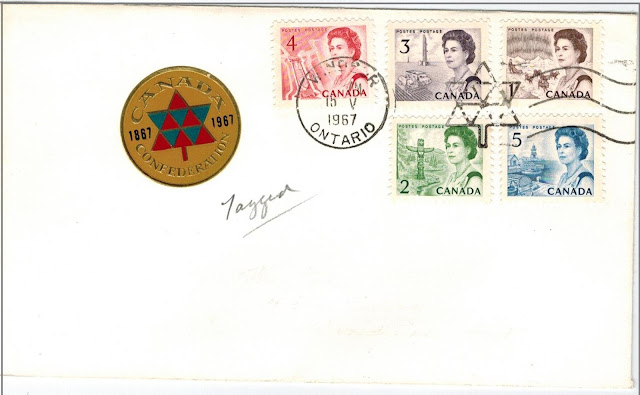