Among the many souvenirs Canada Post  released during the Jubilee Year was a set of six "Keepsake Folders" which depicted stamps issued during the six decades of the Queen's reign. This post deals with Volume 2, issued on February 6, 2012, covering the 1963 to 1972 period. 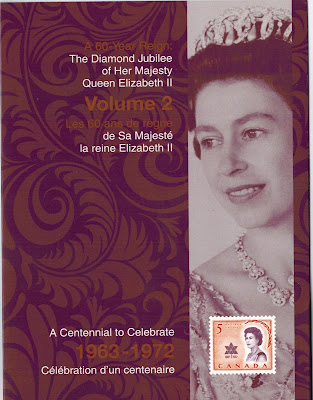 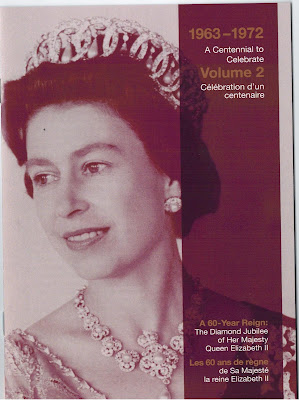 Canada Post reproduced the 1967 Royal Visit stamp on the mini-pane. 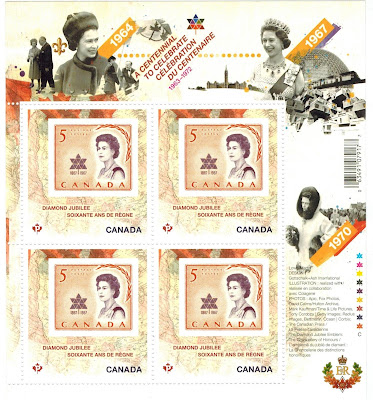 The Queen paid three visits to Canada during the 1962 - 1972 period. Photographs from each tour are include in the mini-pane margin.

The 1964 Royal Visit was the topic of an earlier post, here. 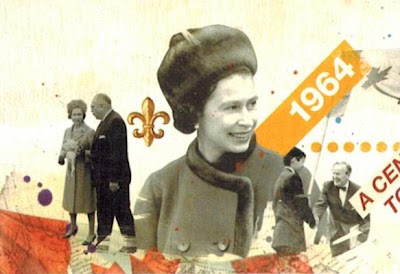 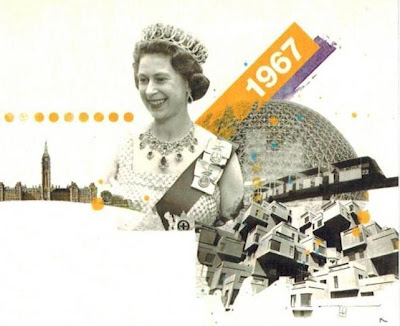 On July 5, 1970, the Queen began her 10 day tour which included visits to Manitoba for the 100th anniversary of its entry into Confederation, and the Northwest Territories to mark its centennial. 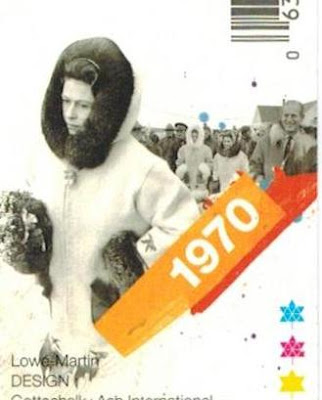 Canada Post Office did not issue a stamp for the 1970 visit. The covers shown below are souvenirs of the Northern leg of the visit. 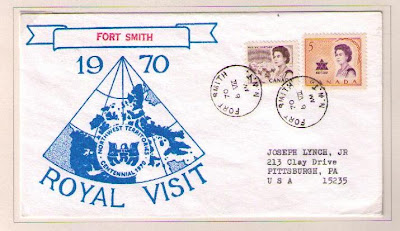 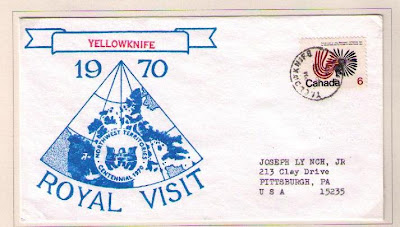 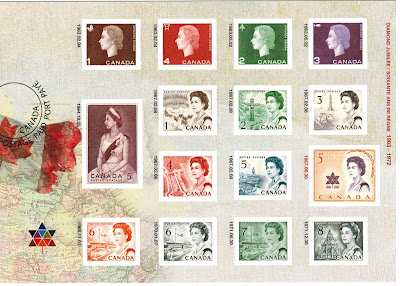 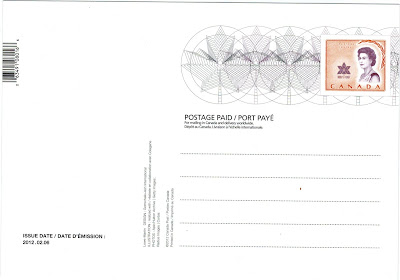 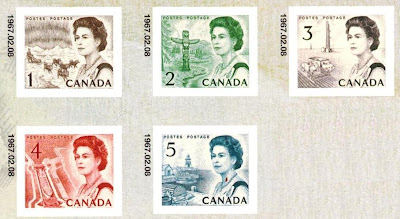 The 1967 definitive stamps were discussed here.

Earlier postings have dealt with these issues: 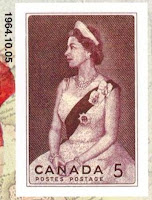 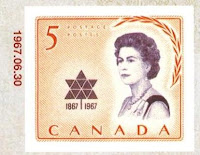 Posted by philcovex at 9:36 PM