Among the many souvenirs Canada Post released during the Jubilee Year was a set of six "Keepsake Folders" which depicted stamps issued during the six decades of the Queen's reign. This post deals with  Volume 1, issued on January 16, 2012, covering the 1952 to 1962 period. 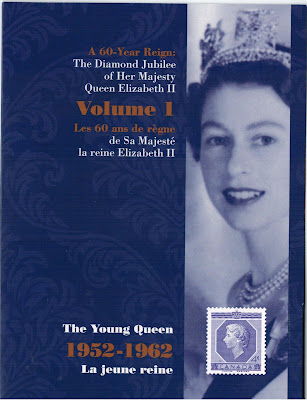 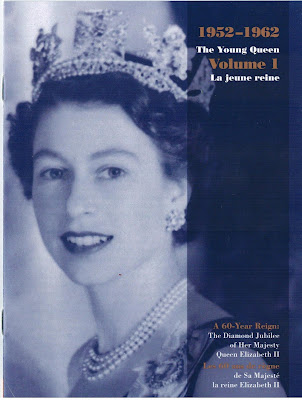 Canada Post reproduced the 1953 Coronation Stamp coronation on the mini-pane. 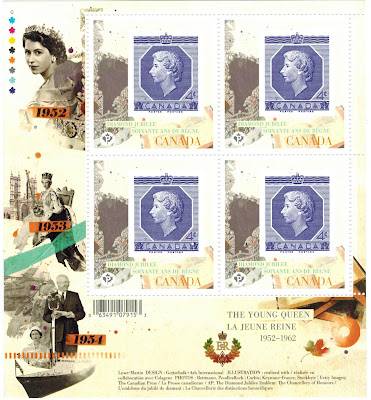 Significant events are shown in the mini-pane margin. The wrong year is given for the event in the lower left corner(Opening of the St. Lawrence Seaway). The correct year should be 1959 instead of 1954.

1952 Ascension to the Throne 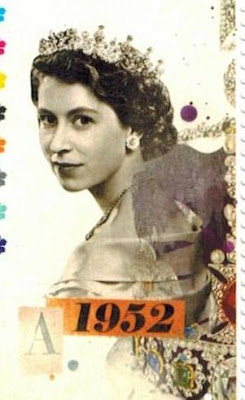 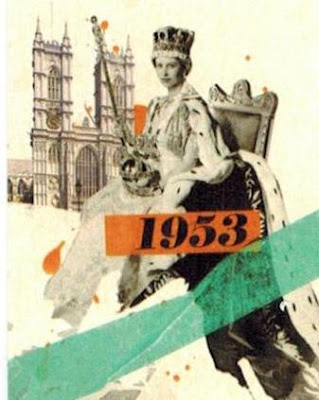 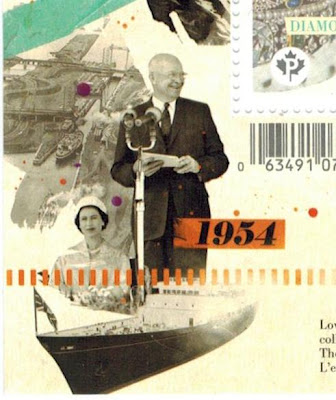 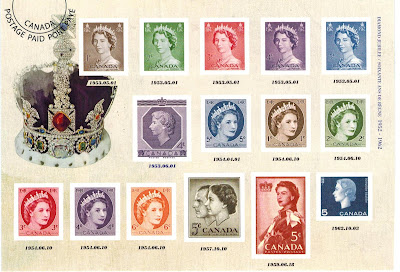 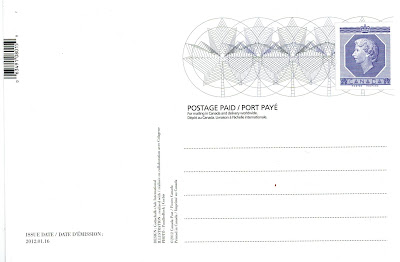 The "Cameo" definitive series replaced the Wildings issue. The 5 cent denomination was issued on October 3, 1962. 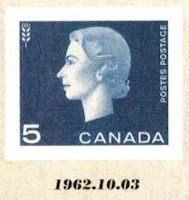 The cameos were discussed here. 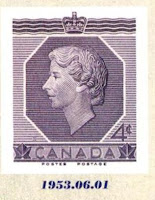 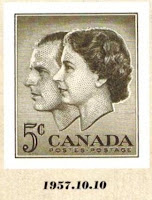 See "The 1957 Royal Visit to Canada and the United States".