Starting February 4, 2013, the Government of Canada will stop distributing pennies. I picked up a notice at my postal outlet announcing the phasing out of the penny and the rounding rules that merchants may be applying when pennies are no longer given out in change owed. The notice, printed in black, reminded me of mourning covers and has inspired this post.

Here is the Notice announcing the "death" of the penny:

Dating back to the 19th century in Canada, mourning covers contained the announcement of  a person's death and information about funeral arrangements, or were used to send sympathy thank you cards. Mourning covers and stationery are easily identified by their black borders. Commonly used in the late 19th and early 20th centuries, mourning covers are rarely seen after the 1950s.

In this posting, mourning covers from Canada, Great Britain, and the Netherlands are shown. 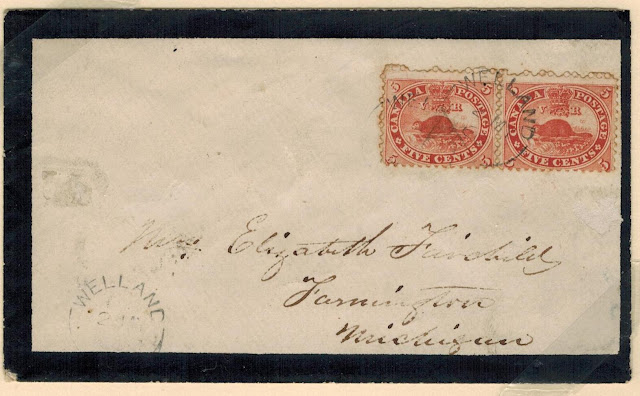 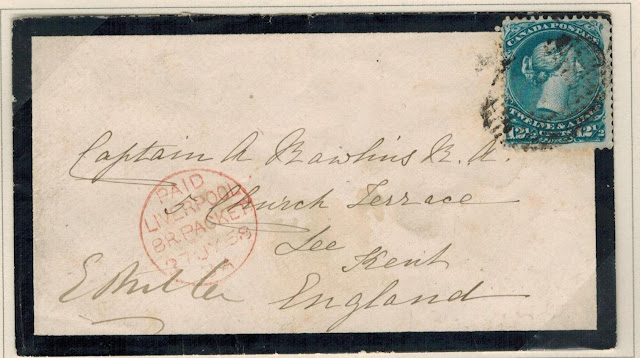 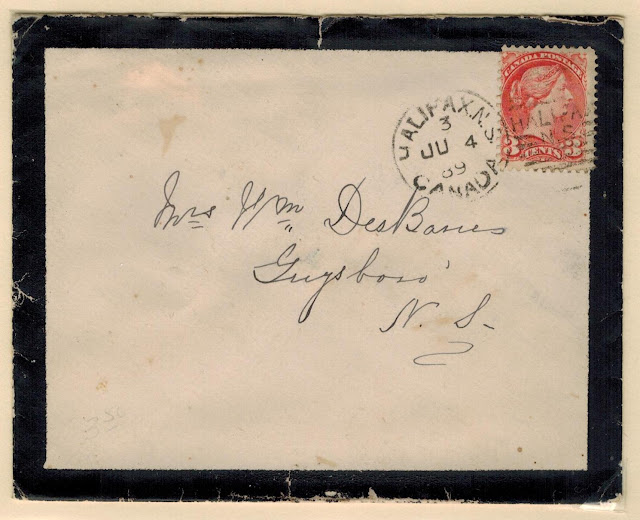 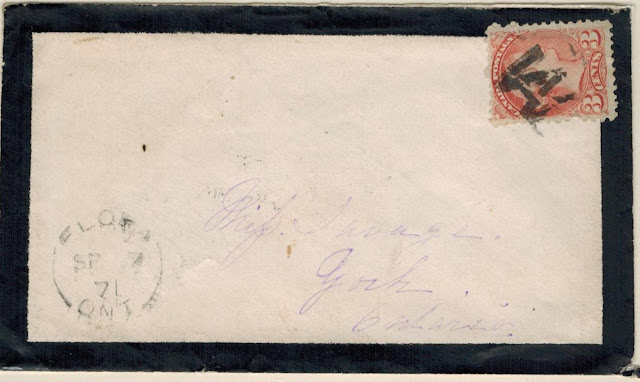 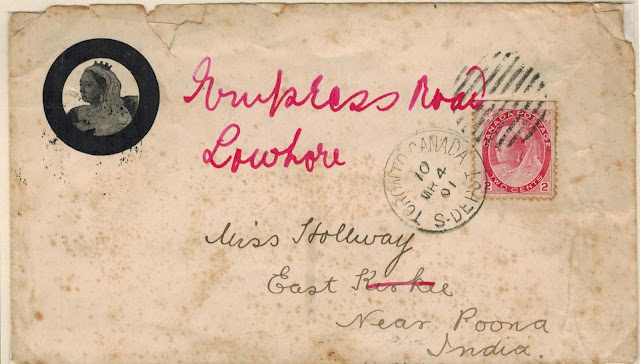 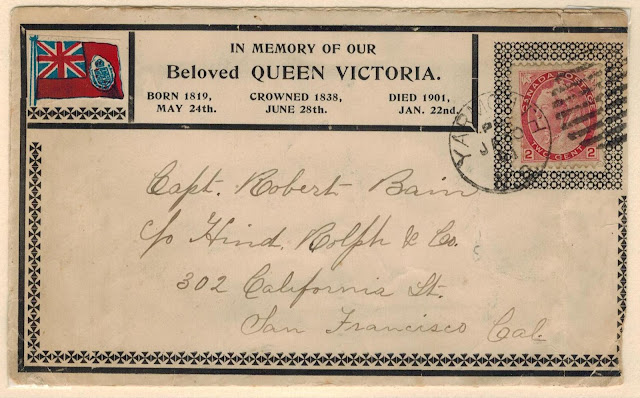 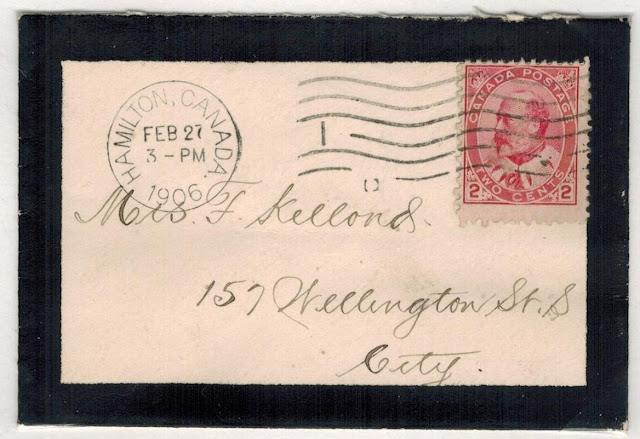 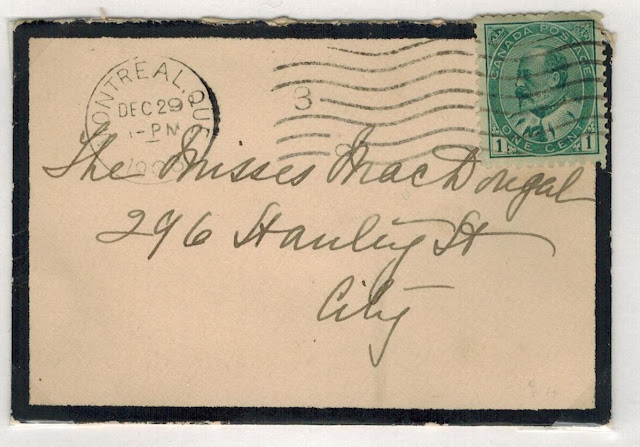 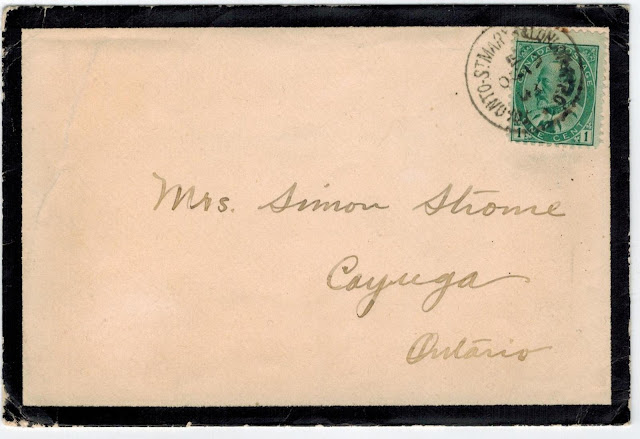 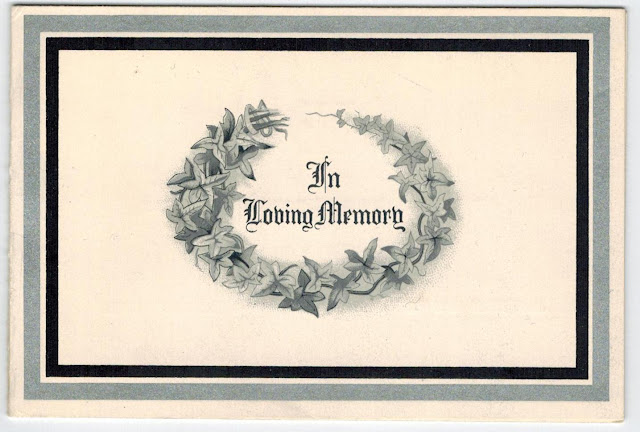 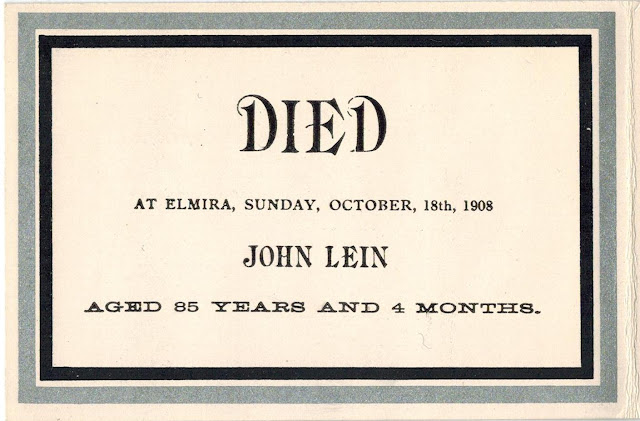 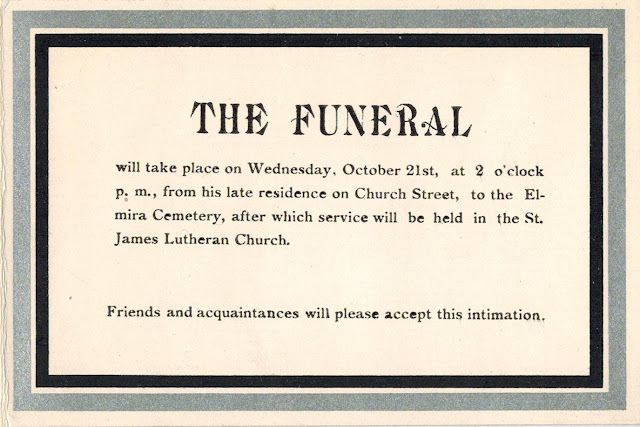 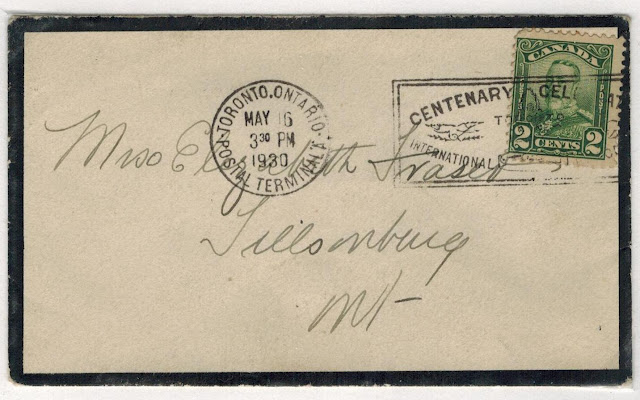 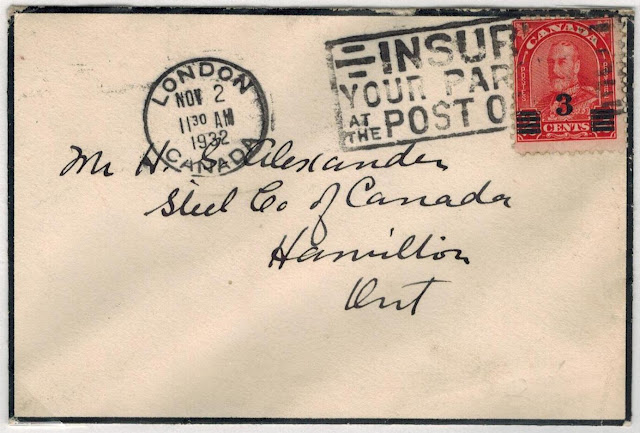 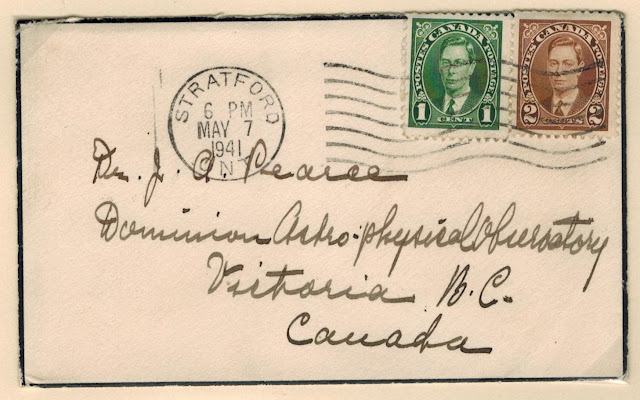 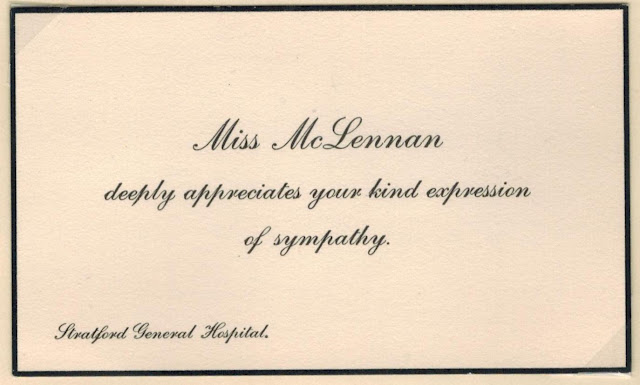 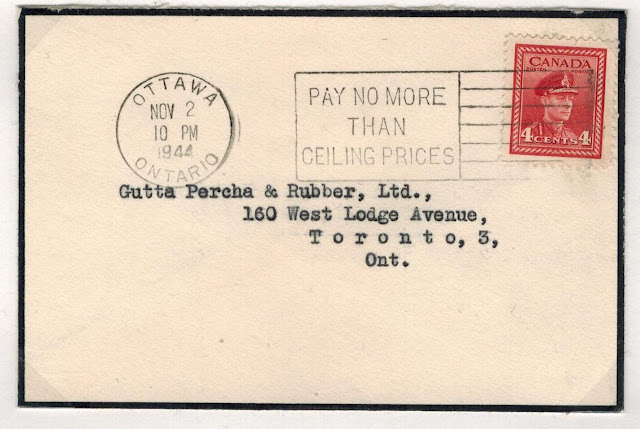 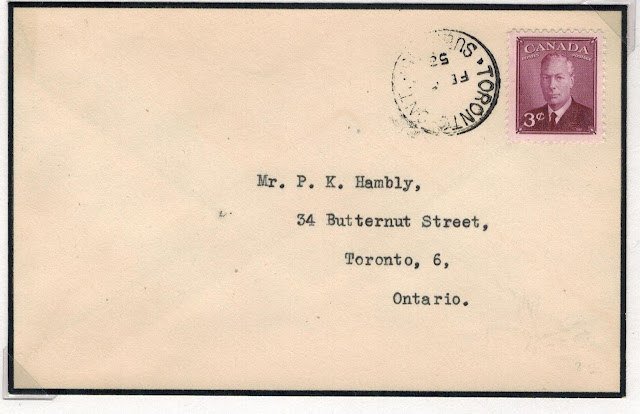 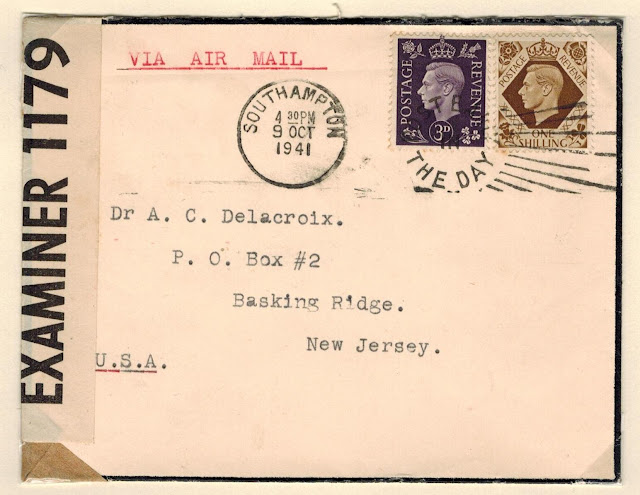 Queen Mary was the mother of the late King George VI. 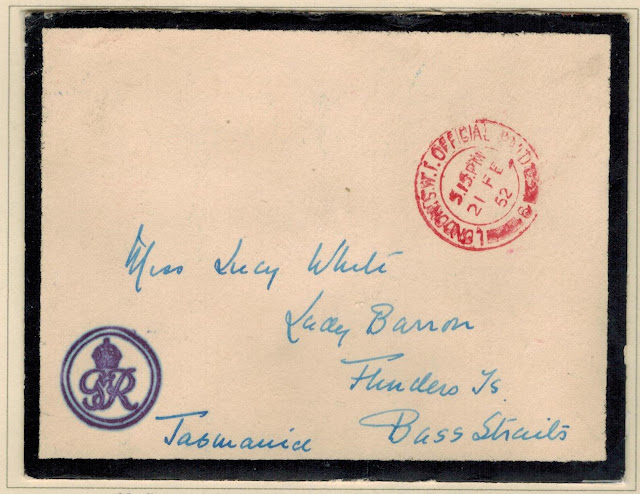 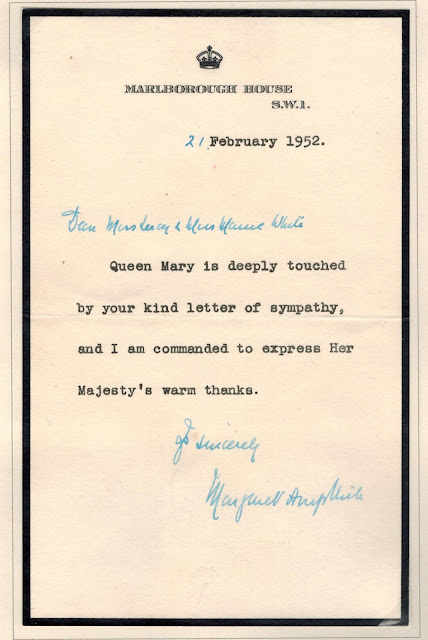 From Queen Elizabeth, the Queen Mother

Queen Elizabeth, the Queen Mother, was the widow of King George VI. 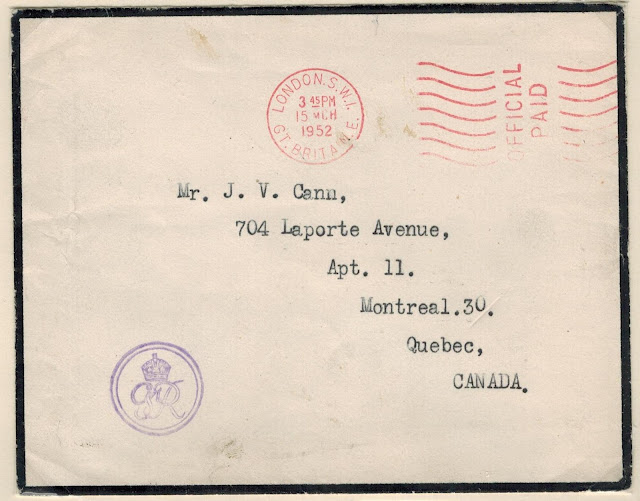 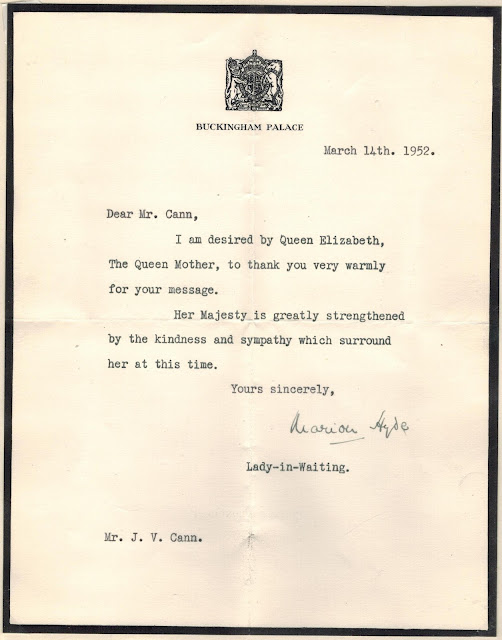 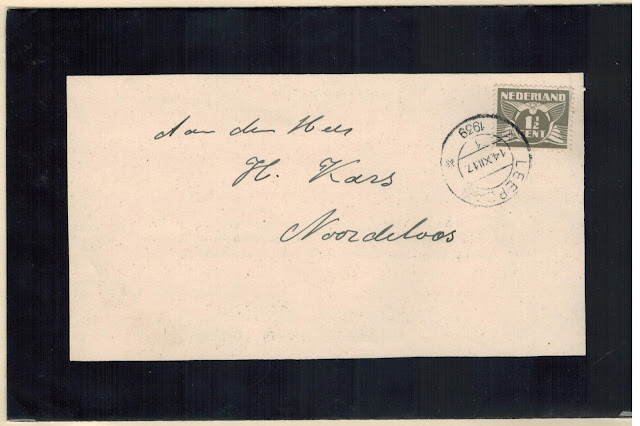 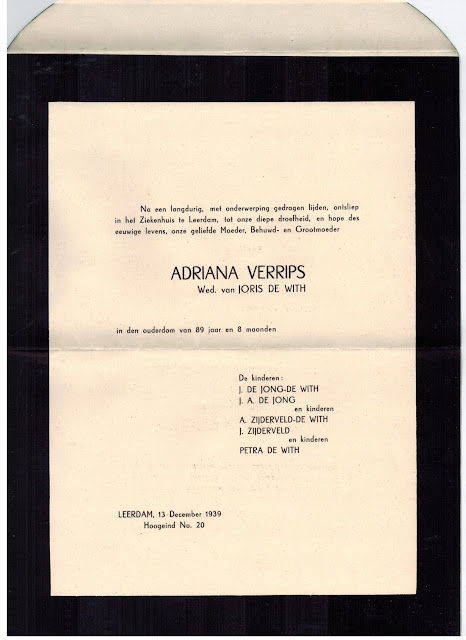 The announcement folded into an envelope 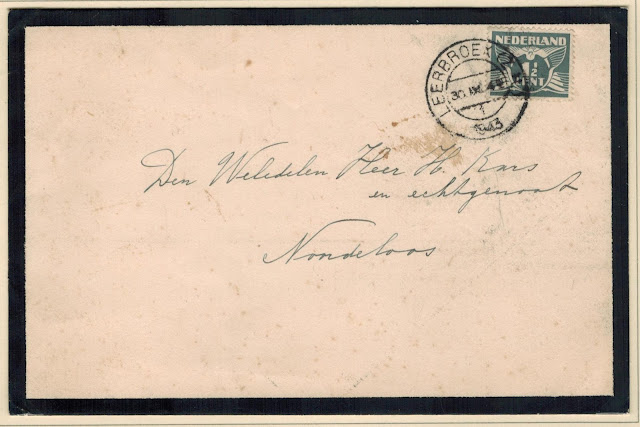 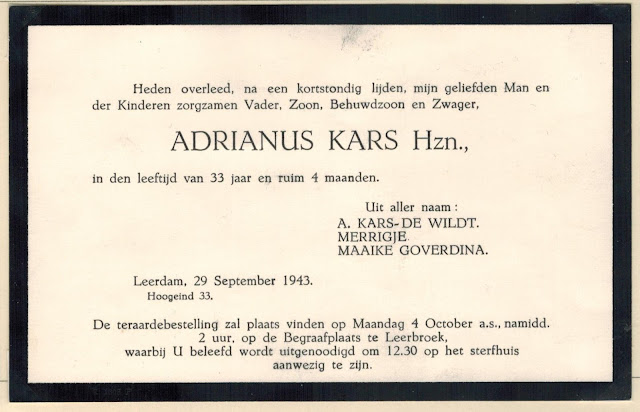 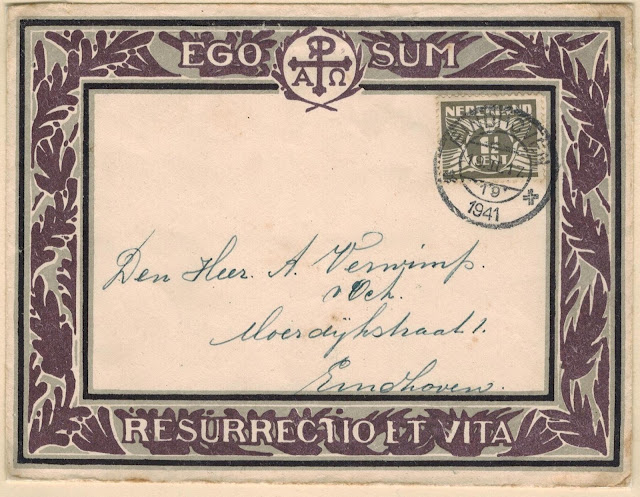