During World War II, enemy aliens and Prisoners of War (POW) were held in about thirty camps. Repatriation of POWs continued until the end of 1946. This post shows POW correspondence in the postwar period.

A. Mail From Canada 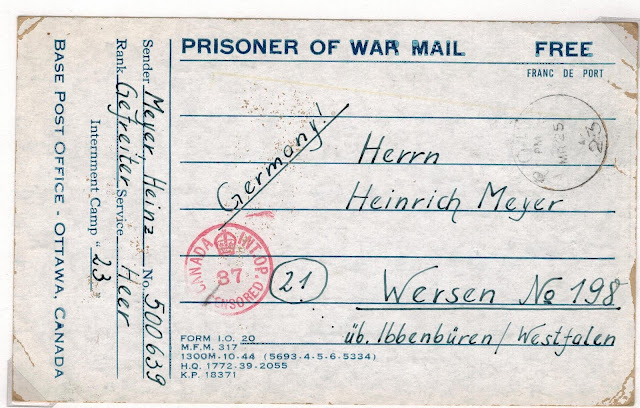 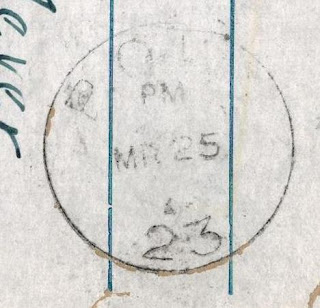 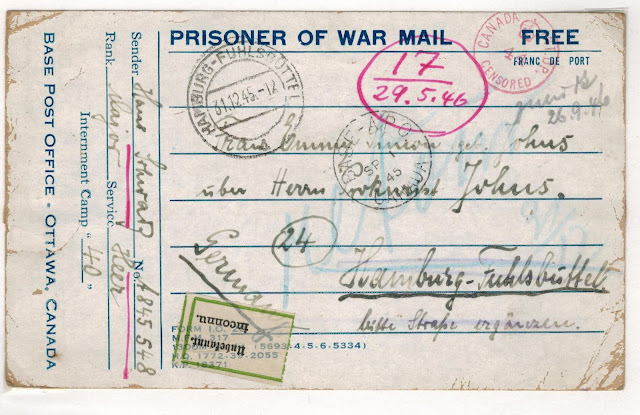 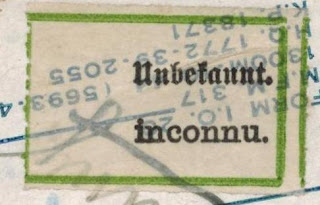 
B. Mail To Canada 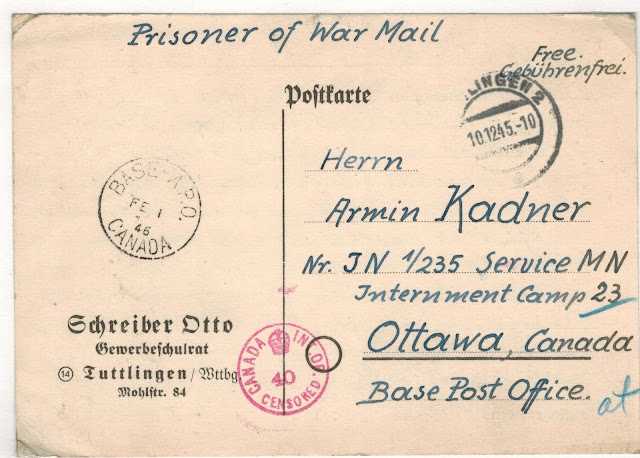 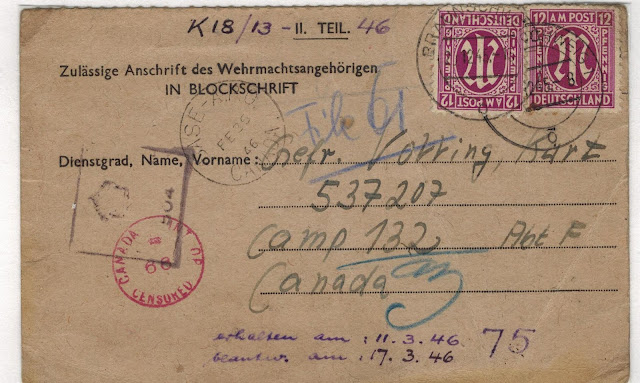 
The card below was received in Canada after POWs had been transferred from Canada. 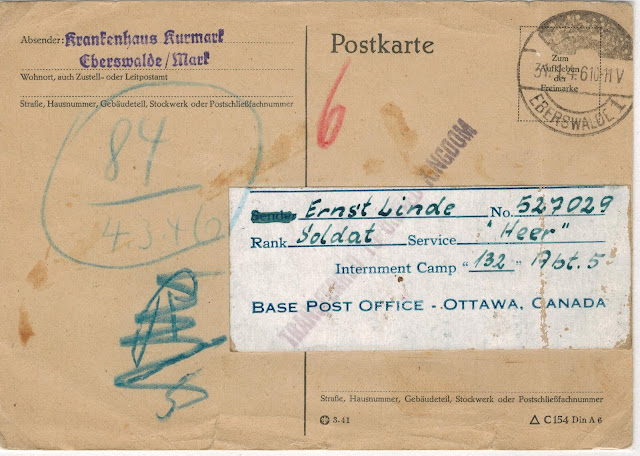 TRANSFERRED TO UNITED KINGDOM
Posted by philcovex at 12:24 PM