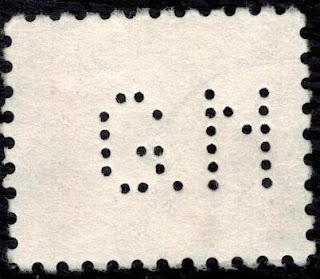 At least 15 different companies and provincial governments and agencies perforated initials through their stamps (perfins) for security purposes during the Centennial period. This post shows a few Centennial era perfins. 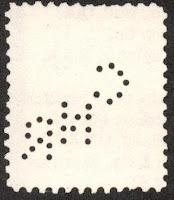 The CN logo created in 1960 was described as
an icon by media analyst Marshall McLuhan. 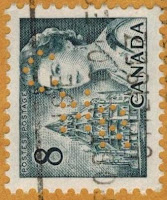 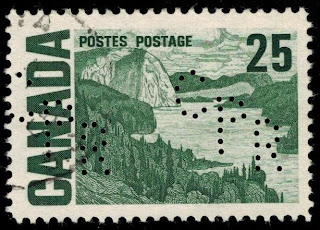 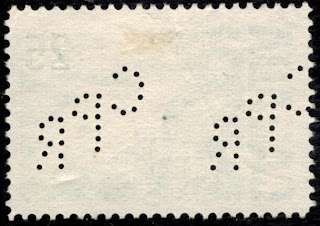 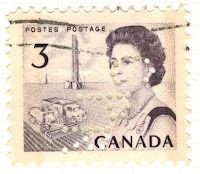 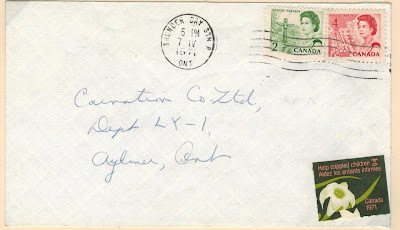 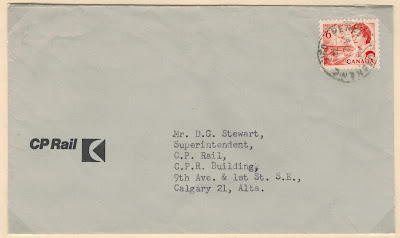 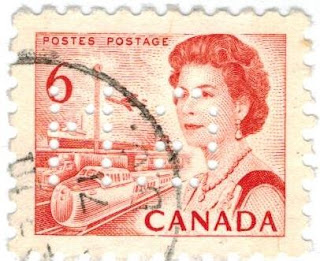 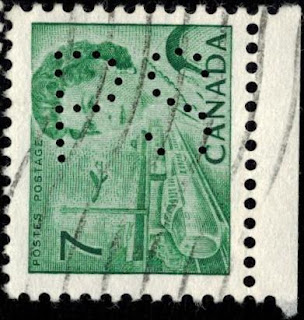 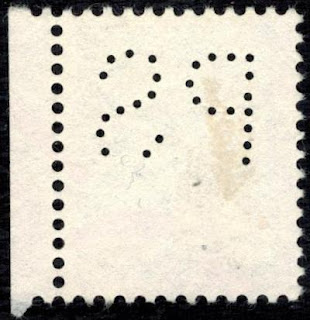 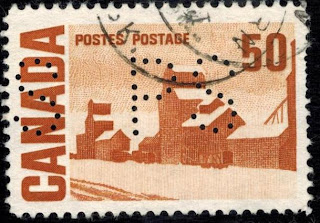 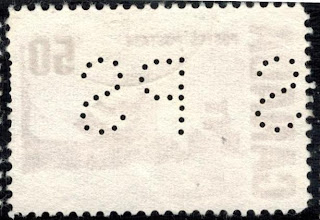 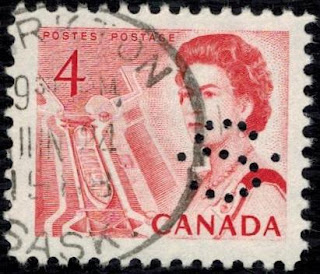 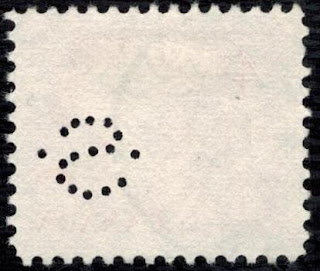 Workmen's Compensation Board of B.C. 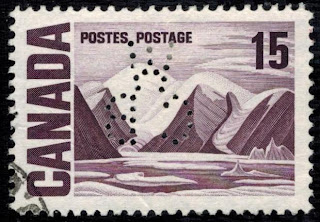 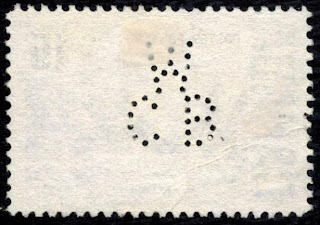 Posted by philcovex at 9:55 AM