M./S. "Gripsholm" was an ocean liner built in 1925 for the Swedish American Line for use in trans-atlantic crossings from Goteborg, Sweden, to New York City. From 1927 onwards she was also used as a cruise ship. 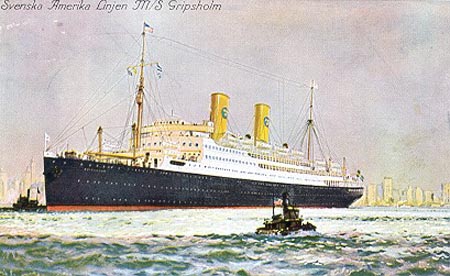 The "Gripsholm" in New York pre-WWII

During WWII, "Gripsholm" was chartered by the U.S. State Department and used as an exchange and repatriation ship under the protection of the Red Cross. In May 1942, she made her first repatriation voyage from New York to Goa in order to leave Japanese diplomats and embark American prisoners of war. "Gripsholm" made 12 round trips to other parts of the world, carrying over 27,000 passengers until 1946 when she was returned to the Swedish American line. 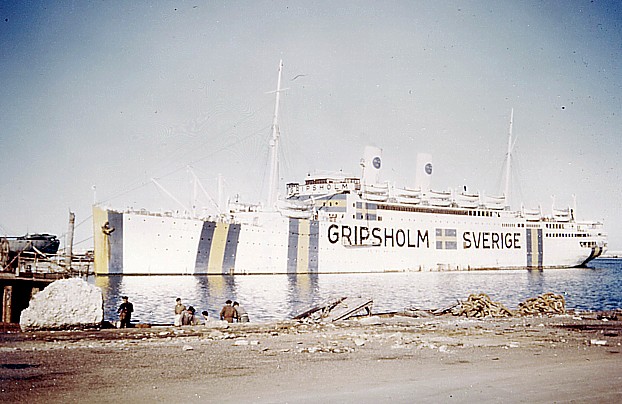 "Gripsholm" as an exchange/ repatriation ship during WWII

Two "Gripsholm" related covers are shown in this post showing her different roles.

From January to March 1939, "Gripsholm" sailed around South America and up the Amazon. The souvenir cover shown below was mailed from Valparaiso, Chile, on February 17, 1939. 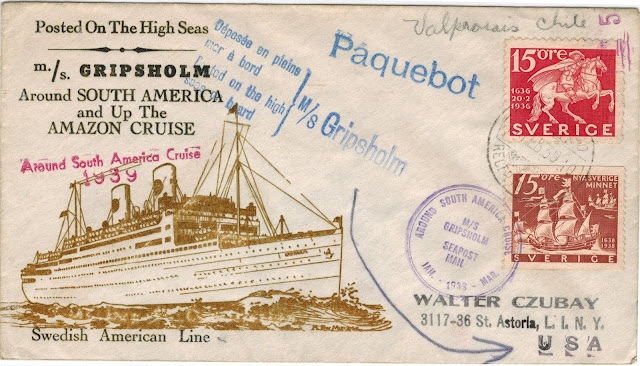 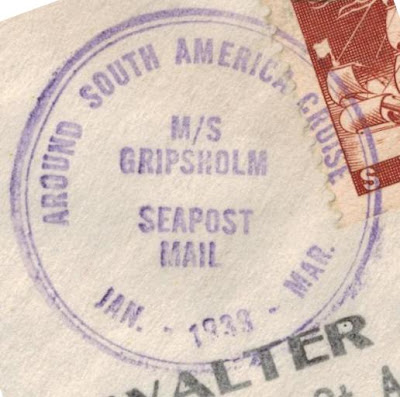 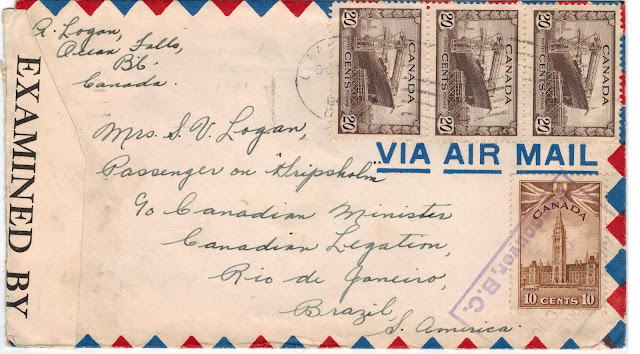 70 cents paying the one oz. air mail rate to Brazil
(No markings on the back of the envelope) 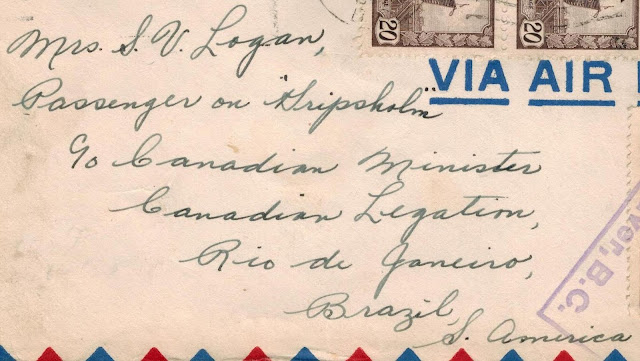 Posted by philcovex at 4:30 PM