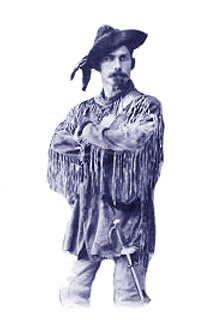 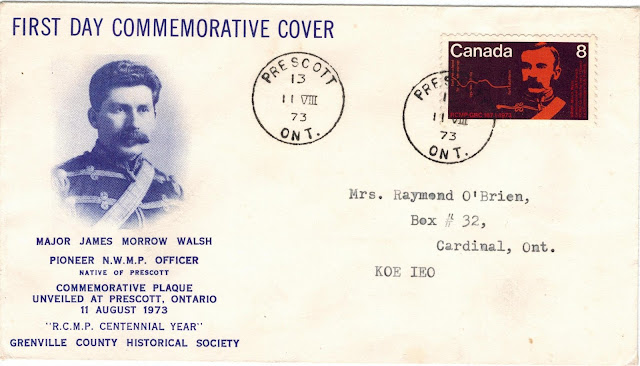 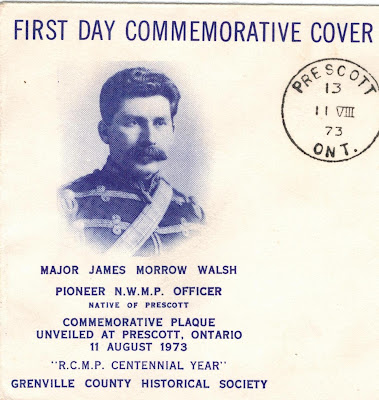 In 1873, Walsh was commissioned in the newly formed North West Mounted Police. In the spring of 1875, Walsh was sent to the Cypress Hills, in present-day Saskatchewan, to establish an independent post which he was allowed to name for himself. 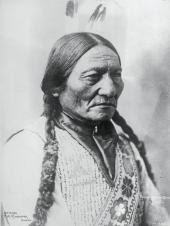 In 1876, following the Battle of the Little Bighorn (Custer's Last Stand) in Montana, Sitting Bull and approximately 5,000 Lakota sought refuge in Canada. Walsh was assigned the task of handling the situation. Walsh established a relationship of trust with Sitting Bull and other Sioux leaders. Although the Sioux outnumbered the police many times, they kept the peace within Canada and refrained from making raids across the border. American newspaper stories referred to Walsh as “Sitting Bull’s boss.”

The Canadian Government wanted Sitting Bull and the Sioux to return to the United States, and assigned Walsh to negotiate their return. Walsh, who sympathized with the Sioux, was unsuccessful in getting them to depart and was transferred to another post. He was not allowed to return to his command until 1881, after Sitting Bull had left for the United States. Two years later he was forced to resign.

The plaque unveiled on August 11, 1973, provides a taste of Walsh's character and highlights his accomplishments. 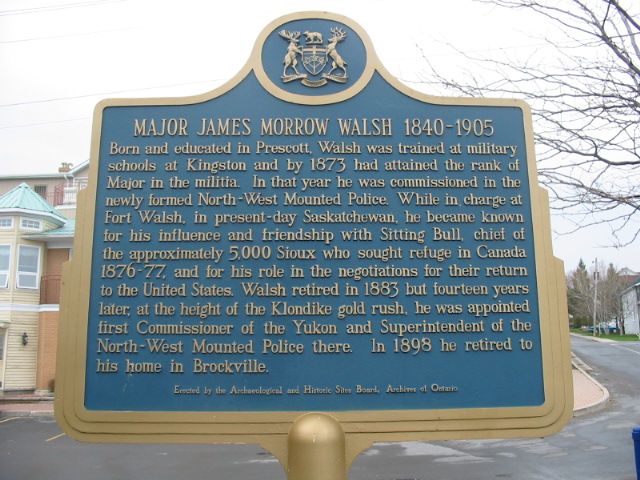 
Major James Morrow Walsh 1840 -1905
Born and educated in Prescott, Walsh was trained at military schools at Kingston and by 1873 had attained the rank of Major in the militia. In that year he was commissioned in the newly formed northwest Mounted Police. While in charge at Fort Walsh, in present-day Saskatchewan, he became known for his influence and friendship with Sitting Bull, chief of the approximately 5,000 Sioux who sought refuge in Canada 1876-77, and for his role in the negotiations for their return to the United States. Walsh retired in 1883 but fourteen years later, at the height of the Klondike gold rush, he was appointed first Commissioner of the Yukon and Superintendent of the northwest Mounted Police there. In 1898 he retired to his home in Brockville.

Posted by philcovex at 6:16 PM