The Royal Society of Canada

The Royal Society of Canada , founded in 1883, is the national body of distinguished Canadian scholars, artists and scientists whose objective is to promote learning and research in the arts and sciences. The Society was founded by the Marquis of Lorne , who was then Governor General of Canada. Since the 1880s, succeeding governors general have remained closely involved with the affairs of the society. One of the functions of the President of the RSC is to serve on the Governor General’s advisory council for appointments to the Order of Canada.

The covers shown in this posting are examples of correspondence mailed by the Society. Since the Society was granted free mail privilege, postage stamps were not affixed to the envelopes. 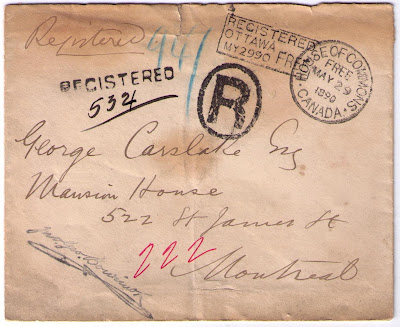 The above cover was addressed to George Carslake, Montreal, and mailed on May 29, 1890. 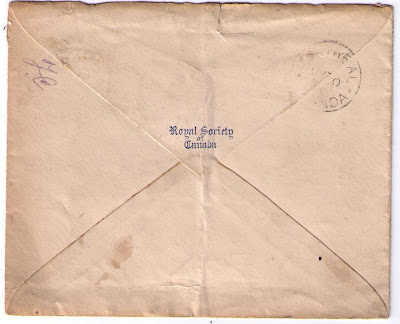 Free mail matter required a signature (frank) of the person or representative entitled to the free mail privilege. 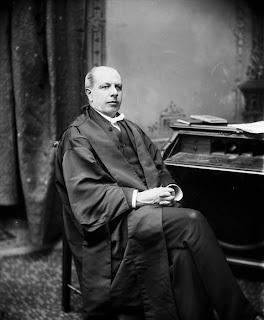 Sir John George Bourinot (1836 – 1902) was a founding member of the Royal Society of Canada who acted as its honorary secretary. In 1892 he served as president of the Society. Bourinto was a journalist, historian, and civil servant, widely regarded and remembered as an expert of parliamentary procedure and constitutional law.

According to the 1890 post office regulations, the free mail privilege did not include registration. Nevertheless, an Ottawa "Registered Free" handstamp was applied. 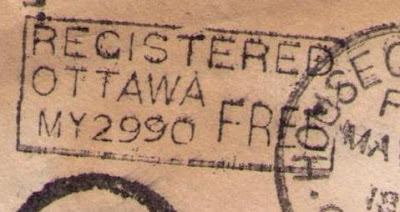 The author would appreciate information regarding the use of this handstamp.

The cover below was also registered and mailed to Minneapolis on March 3, 1936. Franked correspondence posted in Canada and addressed to the United States was delivered in the United States free of postage (Reg. 414, Canada Official Postal Guide 1936-1937). 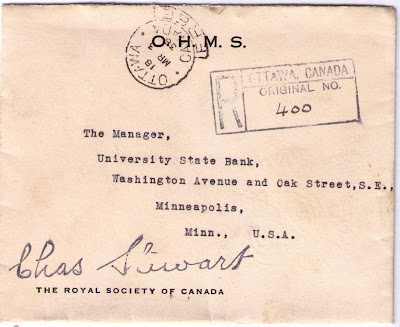 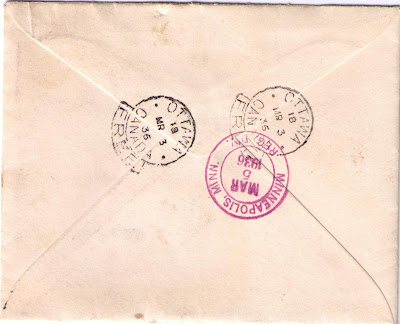 The correspondence was franked by Charles Stewart.