As the Canadian men’s cricket team prepared for the 2011 Cricket World Cup, Jason Kenney, Minister of Citizenship, Immigration and Multiculturalism issued this statement:


“Cricket is a game with a long history here in Canada. Many Canadians may not know this, but cricket was designated Canada’s first national sport thanks to Sir John A. Macdonald. And the game was played on Canadian soil as early as 1785 in Montreal."

In the last half of the 19th century, Canadian communities such as Peterborough, Ontario, were particularly fond of the game. The card shown below was sent by the Secretary-Treasurer of the Peterboro' Cricket Club, advising members of its annual meeting. 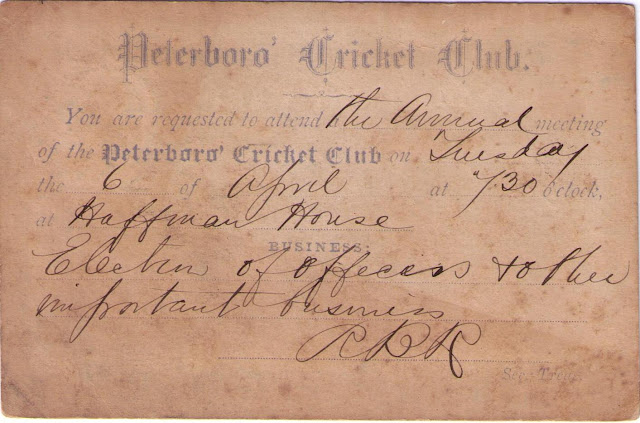 The meeting was scheduled for Tuesday, April 6. Although the year was not provided, the card was sent in 1886. 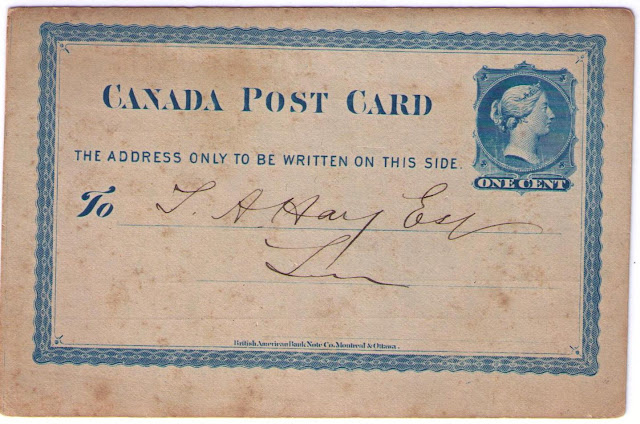 There were no postal markings on the front or back of the card.


The Secretary-Treasurer initialed the notice : RBR. 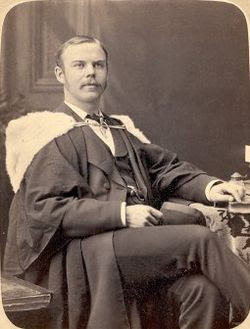 Richard Birdsall Rogers
McGill graduation
Trent University has posted excerpts from Rogers' diaries on its website. Here is an 1886 entry about cricket written two months after the Annual Meeting:

Trent Canal
Rogers is remembered today, but not for his skills on the cricket pitches of Ontario. Rogers is considered one of Canada's greatest engineers for his design of the Peterborough Lift Lock, the highest hydraulic boat lift in the world.

In 1884 Rogers was appointed supervising engineer of the Trent Valley Canal, a system linking Lake Ontario with Lake Huron. While serving as Superintendent of the Trent Canal, he suggested the use of hydraulic lift locks. Construction began on the Peterborough Lock in 1896 and was completed in 1904. The lock remains in use today as part of the Trent-Severn Waterway which is used for lumbering, steam-boating, power generation, and recreation. 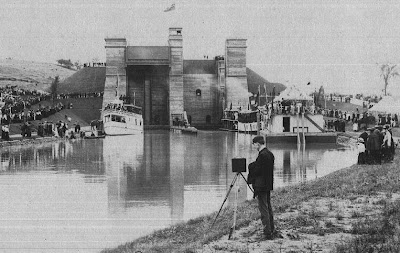 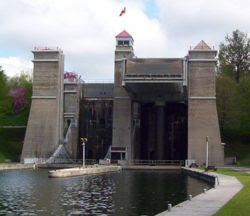 A more recent photograph of the Lock

In 1998, Canada Post issued a set of stamps featuring Canals. The Hydraulic Lift Lock was featured on one of the stamps.


For additional information on Richard Birdsall Rogers, readers should visit the Trent University website.
Posted by philcovex at 3:10 PM