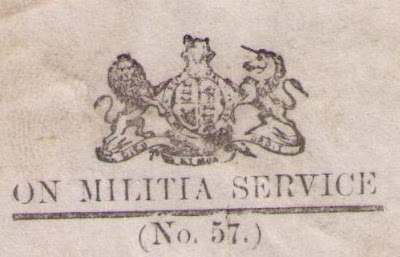 Until 1868 British forces comprised the only regular armed force in the Dominion of Canada. Canada's Militia Act of 1868 organized the Canadian Army as the country's first military force. The Act drew upon the Province of Canada's system of universal obligation for military service (Sedentary Militia) and volunteer units. The Militia Act had two primary objectives. The first was to found the Dominion defence establishment as the first institution of Confederation that reached out of Ottawa to every community of the provinces, offering status and at least a few days employment per year to men at every level of society. The Act’s second goal was to lay the foundation of a Militia that would be capable of holding Canada’s borders.

The cover below was sent from Quebec City to Woodstock, New Brunswick in 1877. 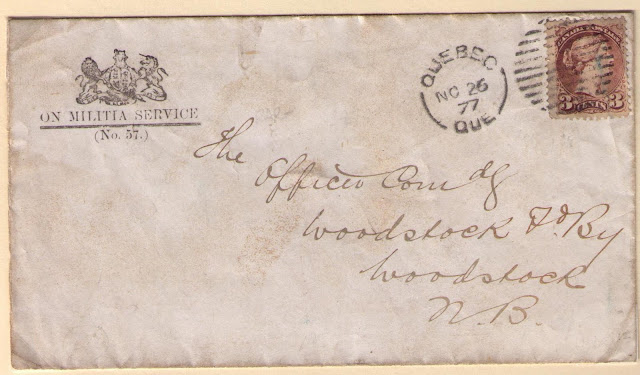