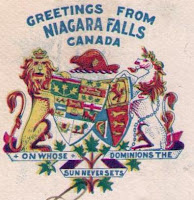 The first card was sent from Niagara Falls to Hamburg, Germany, August 1, 1892, and was printed by the Park Side Inn, Niagara Falls, Canada Side. 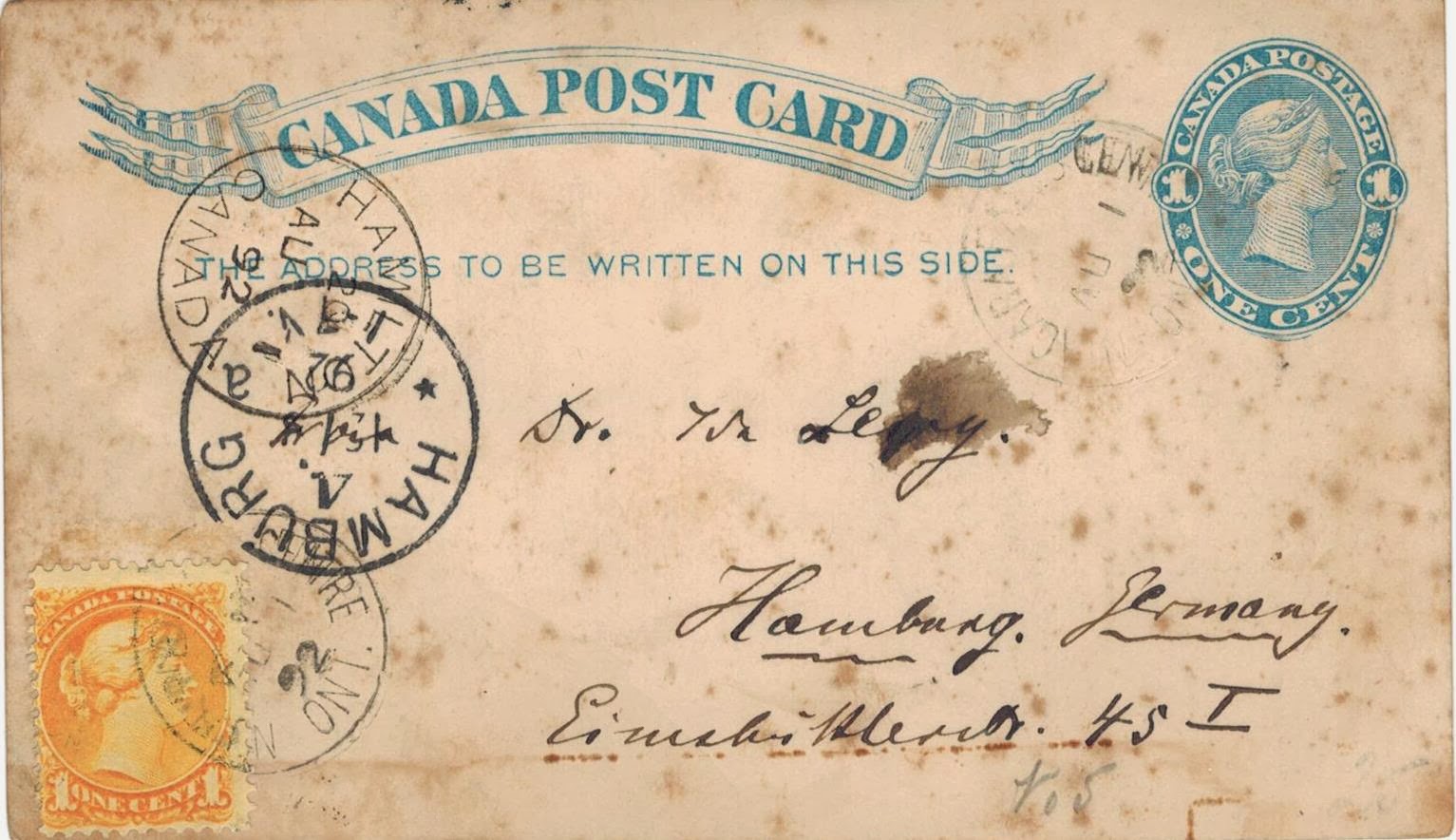 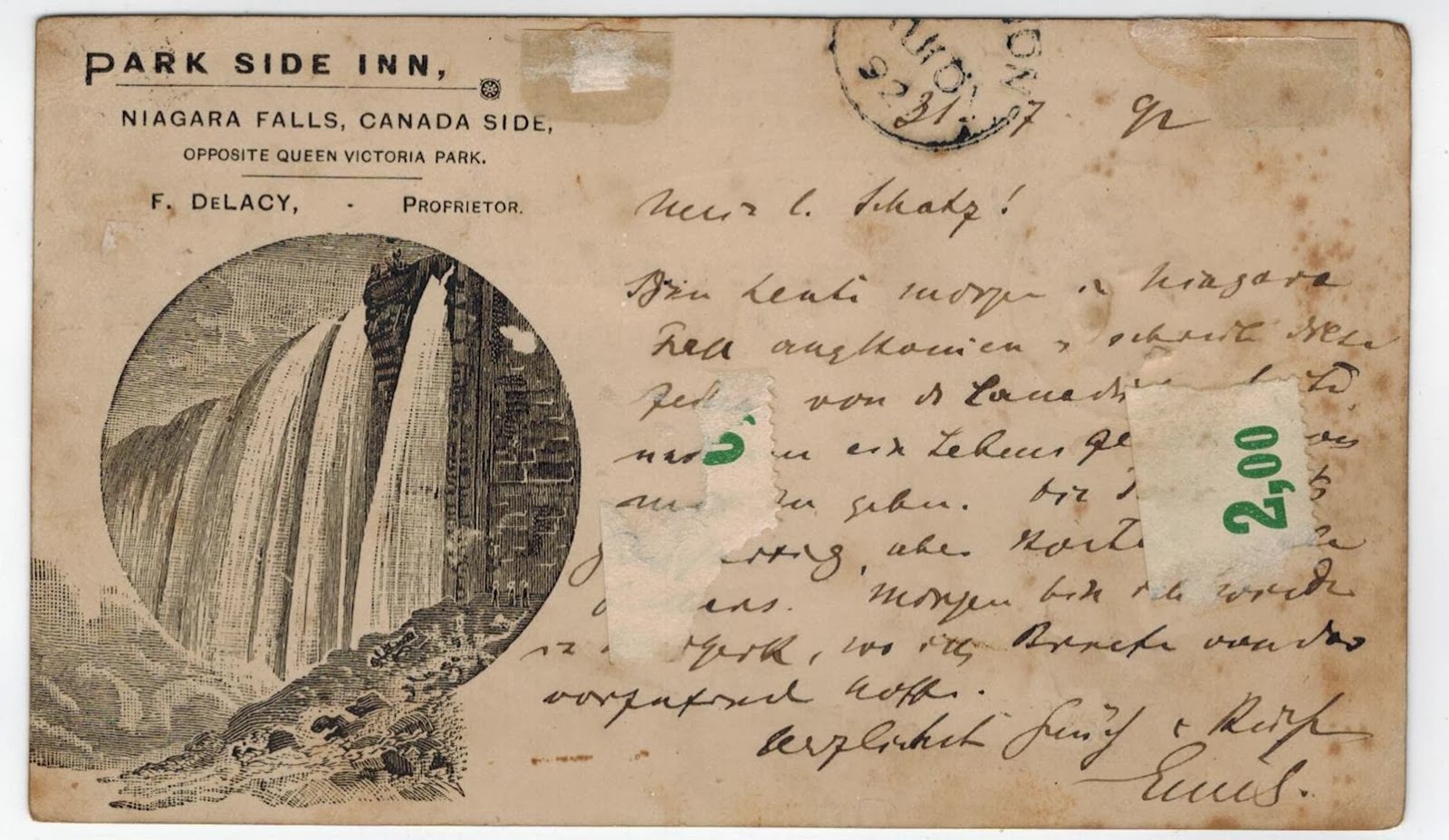 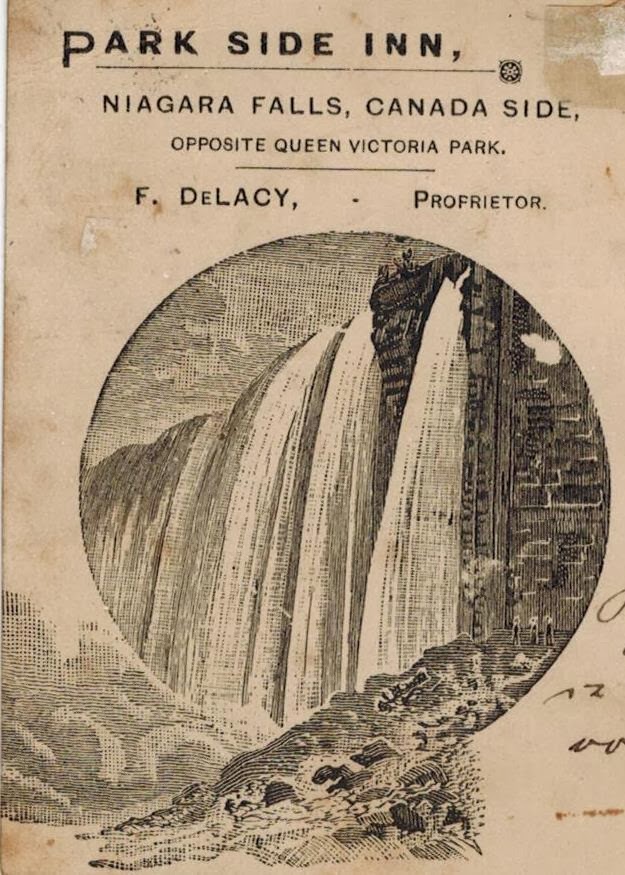 The second card was mailed from Niagara Falls to Nurenberg, Germany, on September 27, 1897. The 1 cent Canada Post card was uprated with a 1 cent Jubilee commemorative stamp to make up the 2 cent UPU Post card rate. 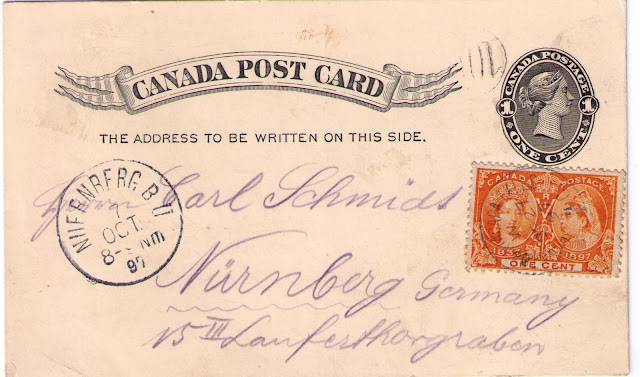 A lovely view of the Falls from the Hotel Lafeyette was printed on the reverse. 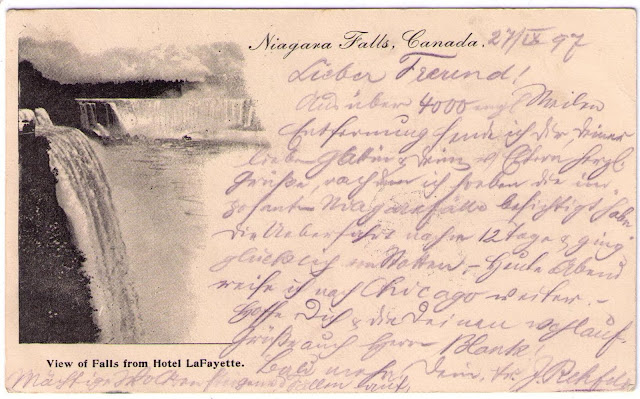 A winter photograph of the falls is seen on the card below, which  was mailed to Aachen, Germany, on May 3, 1903. A 2 cent maple leaf issue Victoria definitive stamp paid the UPU post card rate. 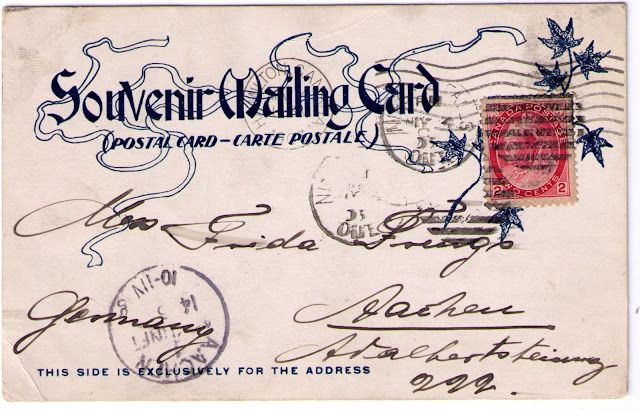 A photograph of the Cave of the Winds in winter was printed on the back of the card. 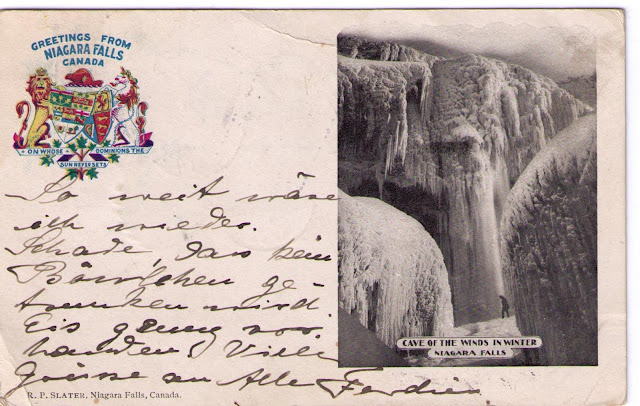 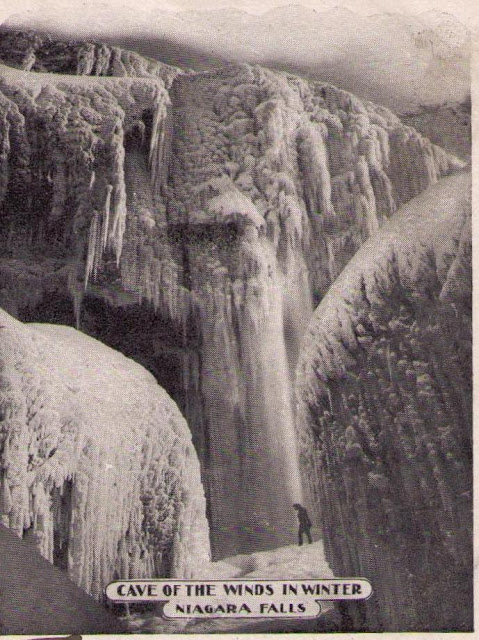 A scene from Prospect Point, Amercian Falls is shown on the front of this divided back card mailed to France in 1909 : 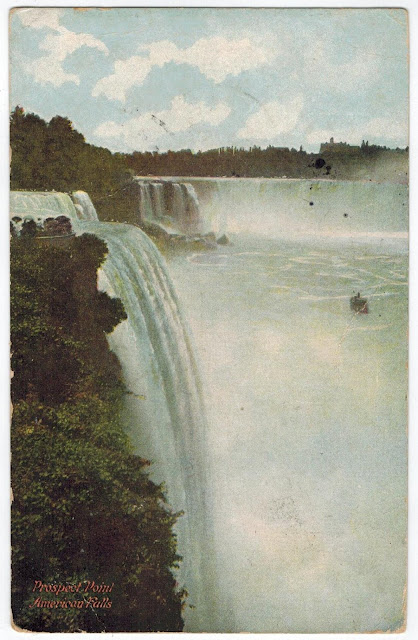 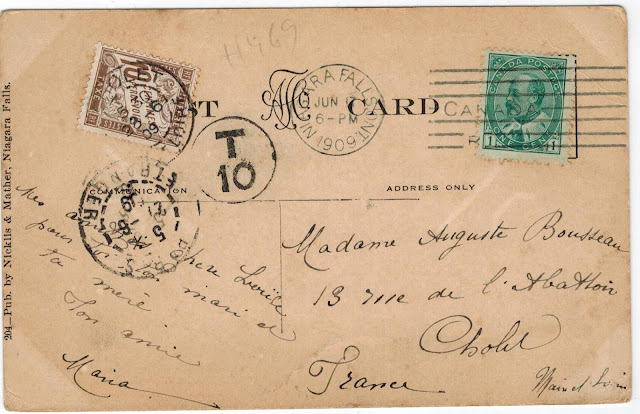 Niagara Falls to Cholet, June 17, 1905
Shortpaid 1 cent and taxed 10 centimes, double the deficiency
Posted by philcovex at 1:18 AM