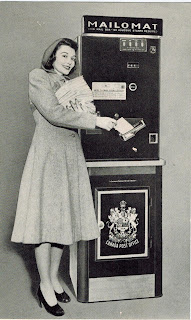 The "Mailomat" was a coin-operated postage meter machine for public use manufactured by the Pitney-Bowes Postage Meter Company. The machine was first introduced in Canada, on an experimental basis, in the lobby of the Toronto post office in 1938.

The Mailomat made one operation of purchasing postage and mailing letters. The customer simply dropped money in the coin slot, dialed the correct postage denomination, and inserted the letter in a slot. The machine printed a meter stamp containing the date of the mailing, and held the letter until it was collected by postal workers. 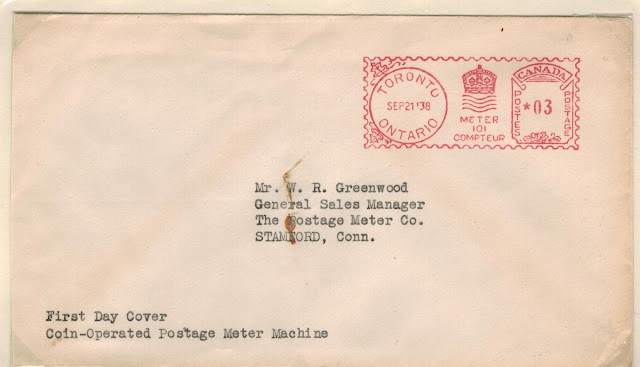 The next experimental operation was at the Ottawa Station B post office. 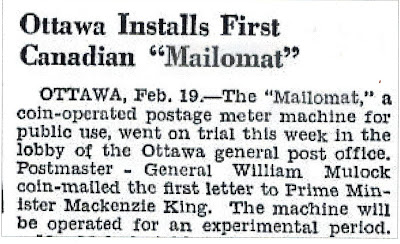 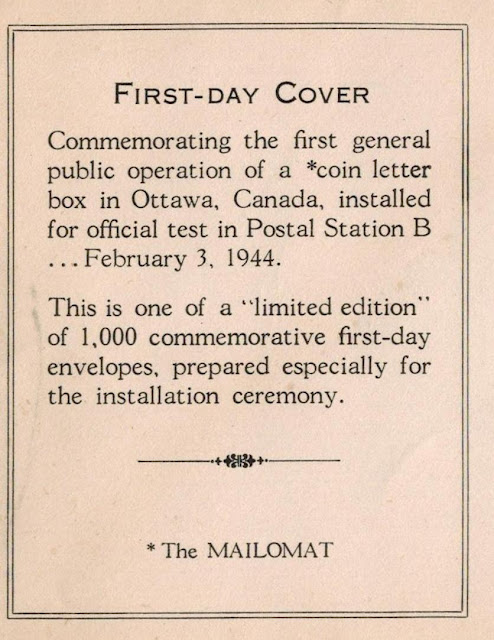 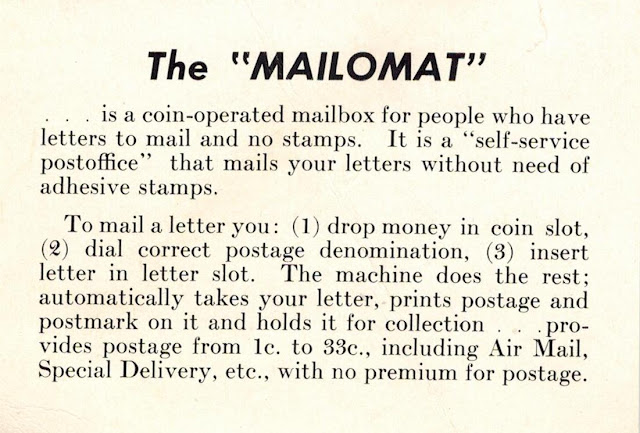 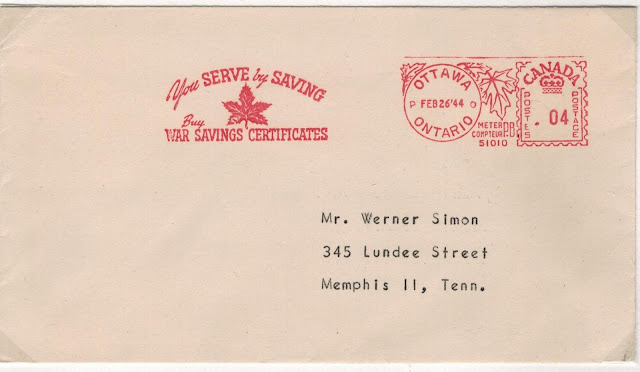 A Mailomat machine was operated at Toronto's 1947 CNE. 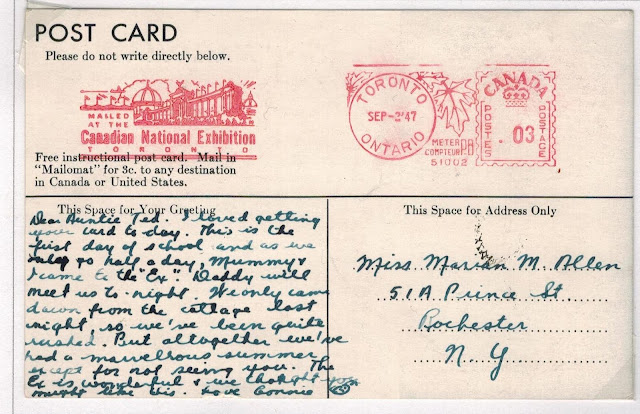 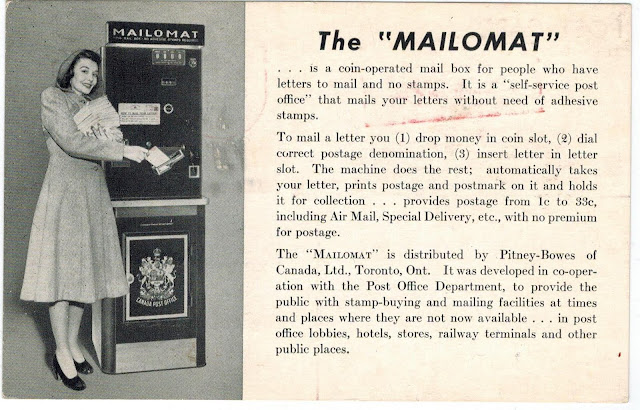 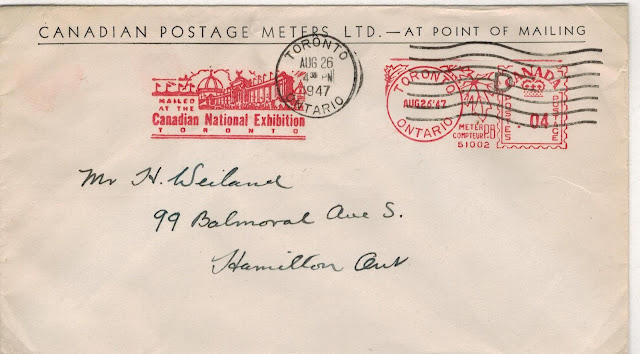 Posted by philcovex at 5:11 PM