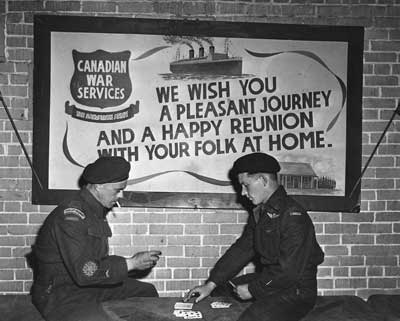 When the war in Europe ended in May 1945, Canadian troops came home. Most were back in Canada by early 1946. The Canadian National Exhibition grounds, which had become Toronto's main training grounds during the war, served as a post-war demobilization centre.

The return of Sergeant Major Ernest Squire to Canada is the subject of this post. 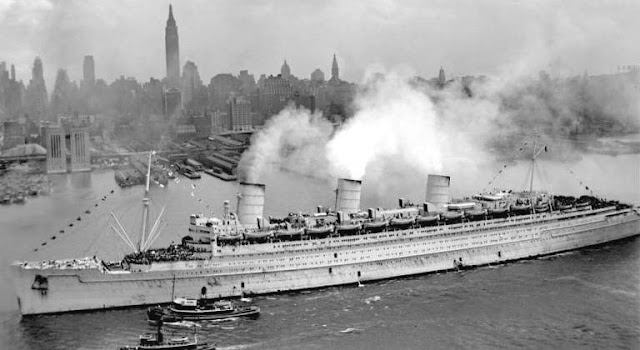 Ernest Squire sailed from England to New York on troopship RMS Queen Elizabeth . On December 7, 1945, Squire sent a telegram to his family advising them of his arrival in New York: 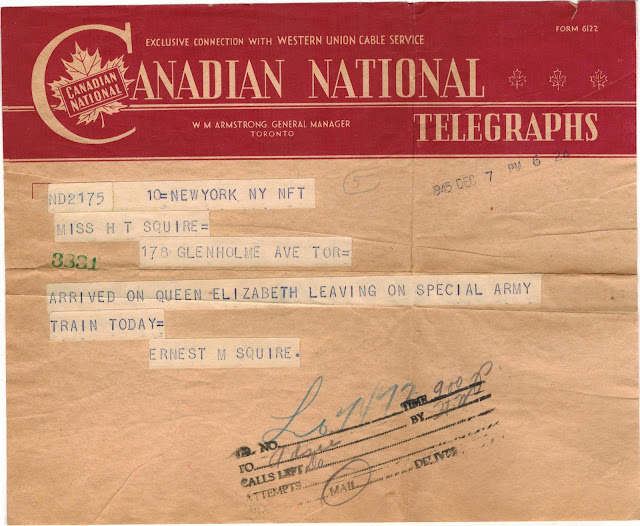 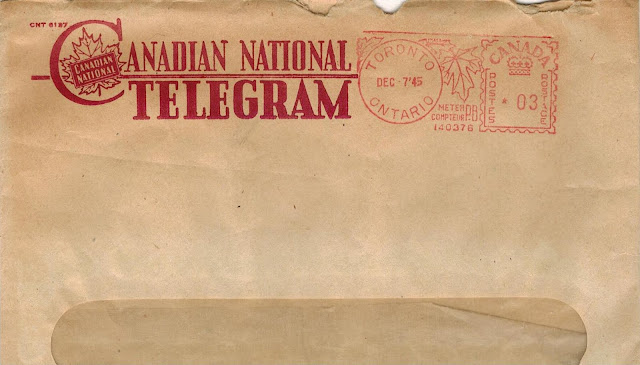 Sergeant Squire's family had been sent a post card on December 5, 1945, announcing the anticipated arrival of Sergeant Squire from the Queen Elizabeth on train number 307 at Toronto. The arrival date was not provided but the definite time of arrival of the train at the CNE grounds would be announced on Toronto radio stations. The reception was to take place at the Pure Food Building, Exhibition Grounds. 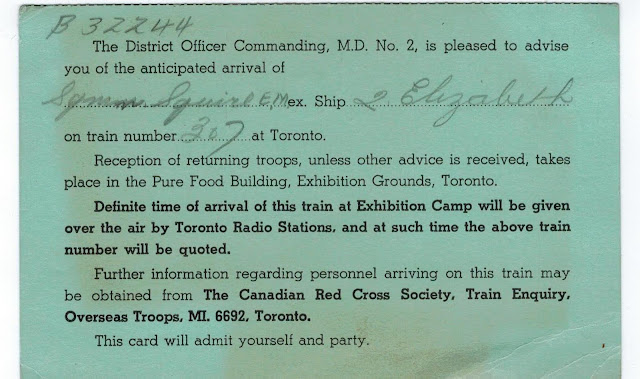 The card admitted the holder and party to the reception. 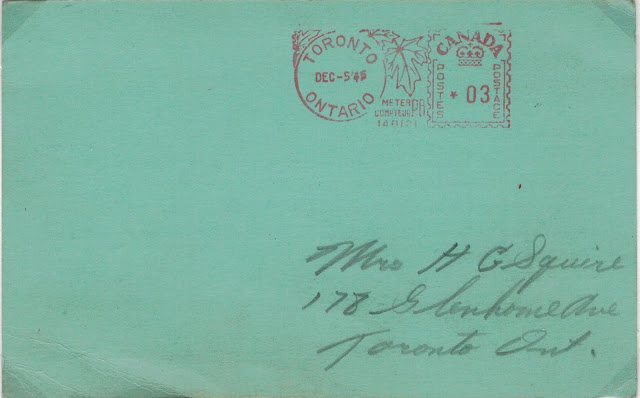