An example of the type of business mail sent by electronic mail was provided in the Calgary Herald article. Petro-Canada was using the service twice a month to distribute lists of cancelled credit cards to its estimated 4,000 gas stations across the country.

In 1998, I received an important-looking envelope from Canadian Blood Services with the impressive indicium "ELECTRONIC MAIL PAID".  A mail recipient  could easily have concluded that this postal service was more costly and had been delivered more quickly than if sent by regular letter mail, which was not the case.

This does not look like junk mail (excuse me, "advertising distribution mail").

There was no indication that Canada Post did the printing work rather than the Canadian Blood Services' own private printing company. Contents included a cover letter with my name and address printed so as to appear in the window envelope when the letter was folded, and two inserts describing the new organization. Canadian  Blood Services was announcing that it was going  to take over the operation of Canada's blood supply system from the Red Cross later that year. 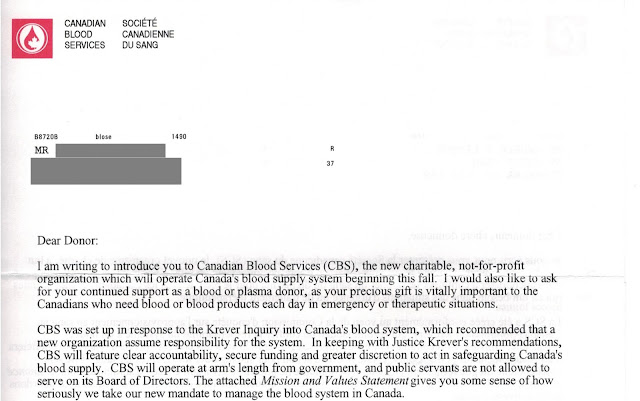 Cover letter
The letter is NOT dated.

Two inserts in addition to the cover envelope

Some of the different envelopes used to convey electronic mail are shown below. Note the changes in the indicia from 1989 to 1997. 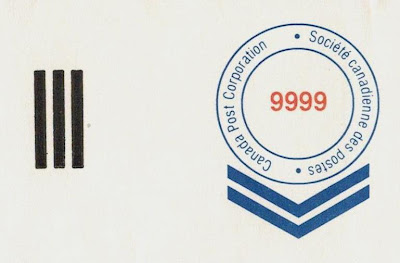 Electronic Mail Centres were established in several cities, including the following:

In May, 1990, CNCP Telecommunications changed its name to Unitel. The Unitel cover shown below has a rectangular electronic mail indicium. 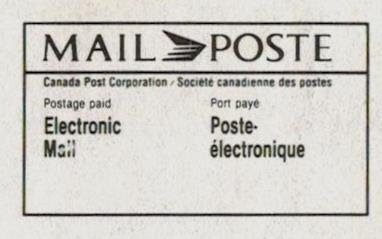 Not as impressive as the indicia shown above


Electronic mail service was terminated after 2000. I do not know when the mail centres were closed. I would appreciate hearing from readers who could provide additional  information about the service.

Canada Post's current direct-mail service is  called Admail. Unlike electronic mail, Canada Post is not involved in the production of the mailing but works cooperatively with mail service companies which it lists on its website (Partners Directory).

From our database of more than 13 million available Canadian addresses, we’ll generate a mailing list based on your specific targeting requirements. You can even advertise to the neighbouring addresses of your best customers, while making sure that current customers aren’t part of the same campaign. 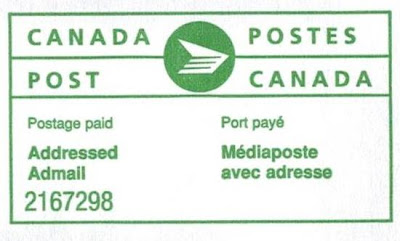 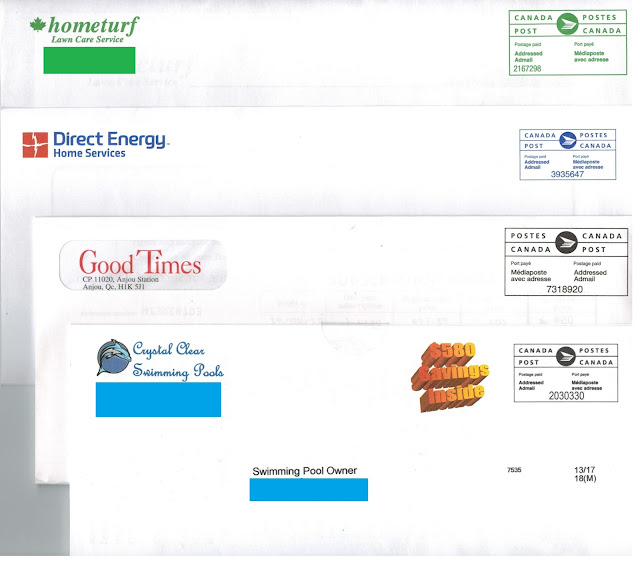