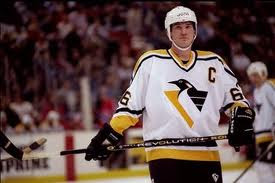 On October 7, 1995, Mario Lemieux (No.66) , one of hockey's greatest players, led the Pittsburgh Penguins to an 8 to 3 home opening game victory over the Toronto Maple Leafs, assisting on four goals. The game was special because Mario did not play for most of the 1994-95 season in order to recuperate from a back injury and fatigue. It was even thought that he would never play again, but Le Magnifique"/ "Super Mario" came back to win his fifth NHL scoring title, his third Hart Trophy and his fifth NHL First Team All Star selection in 1995-96.

An Opening Day cancellation was created to o mark the start of the NHL season in Pittsburgh, on October 7, 1995. 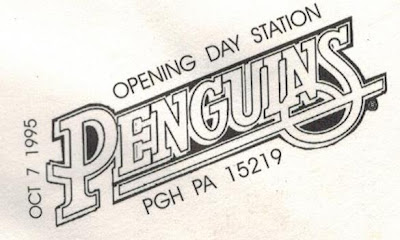 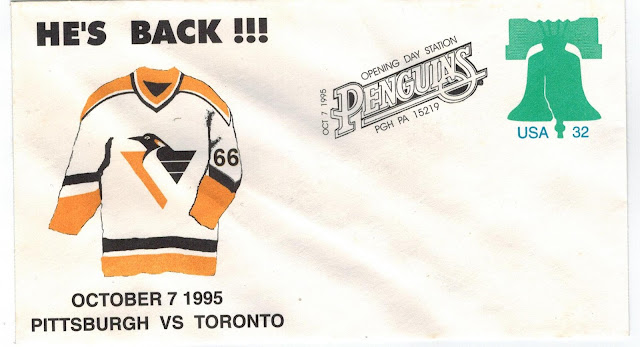