Intelpost (International Electronic Post) was a facsimile (fax) transmission service developed by  Comsat, a U.S. corporation,  in the late 1970s and operated by postal administrations in dozens of countries by the mid-1980s. Canada was among the first participants, introducing its Intelpost service connecting Canada with London, England, in June 1980.

Unlike the Telepost system whose messages were limited to the characters from a keyboard,  Intelpost allowed for the transmission of graphics, handwritten texts, signatures, and alphabets of all languages.

Participating countries charged the equivalent of $5 per page for Intelpost service in the early 1980s. Customers brought their documents to Intelpost centres where they were scanned and converted to a digital format. The digital code was transmitted by a communication satellite to the receiving office where the digital signal was converted to the original form. Postal clerks inserted the documents into special envelopes which were delivered by regular mail or special delivery, or picked up.

By 1985 this service had linked 25 cities in Canada with 22 countries around the world. A new electronic input option allowed customers with fax machines to access the INTELPOST network through a toll-free telephone link instead of having to deliver documents to a Canada Post office counter. 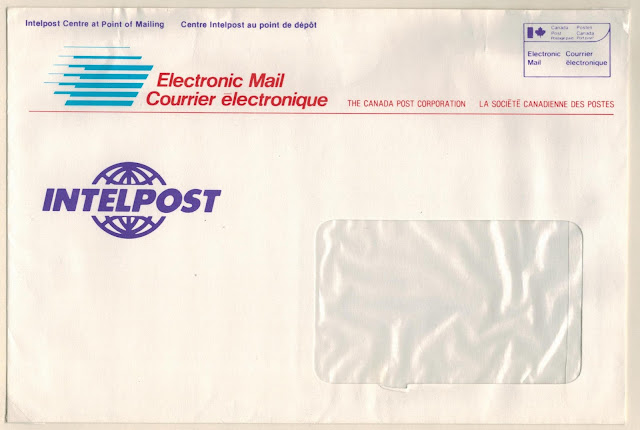 The fax message was sent from Victoria B.C.,(Station E)  to Toronto, Ontario, June 19, 1986. ( I assume this was a CNCP microwave transmission). 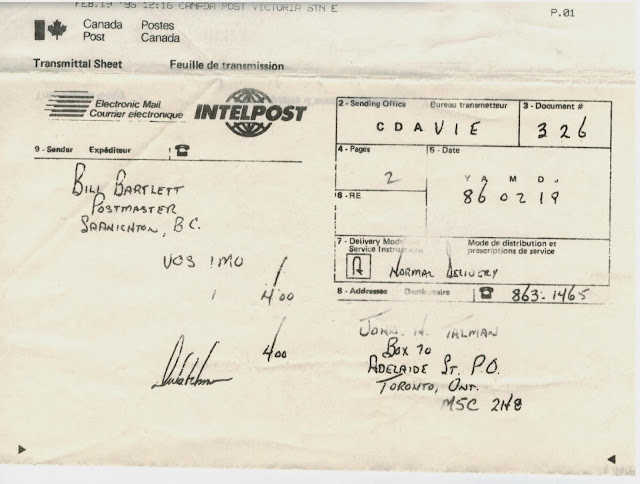 The fax message was received, printed and inserted in an Intelpost envelope at the Toronto South mail facility, 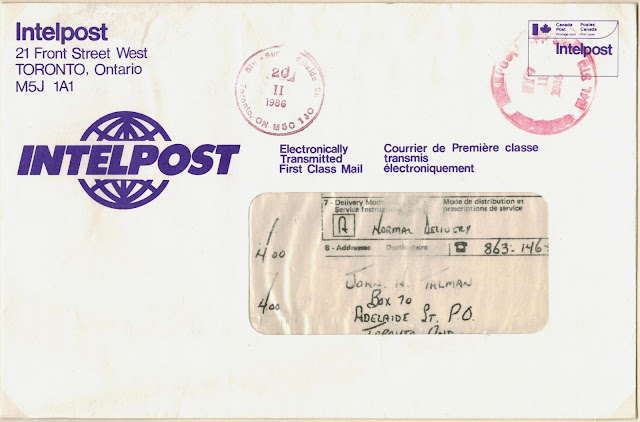 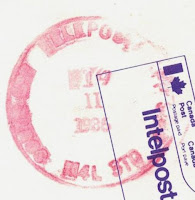 
Normal Mail delivery was requested by the sender. The address was a post office box. 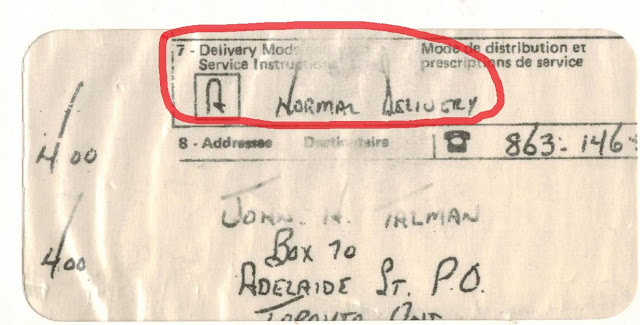 The letter was sent from the Toronto South mail facility, arriving on February 20 at the Adelaide Street Post Office. 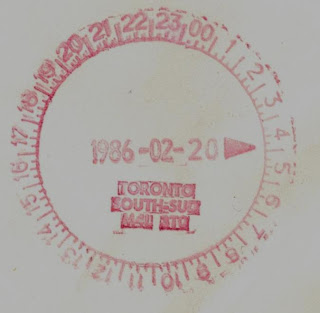 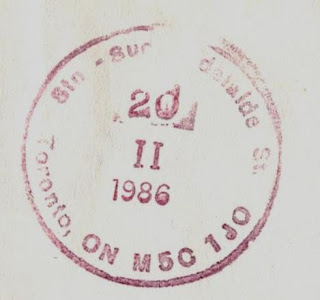 "Someday as much as 50 percent of international airmail may be carried electronically via communications satellites positioned in geosynchronous orbit 22,300 miles above the oceans. The International Electronic Post (Intelpost) is the major step in this direction."

Intelpost was not succesful. Revenues did not match expectations and with the introduction of cheap fax machines and the internet, Intelpost became an obsolete service. In the United States, the Intelpost system was pronounced "a complete failure" as early as 1984 by a House subcommittee recommending that it be closed down "as soon as practical". Twenty years later, the U.S. officially ended Intelpost service on March 18, 2004.

[I do not know when Canada Post ceased its Intelpost participation.]
Posted by philcovex at 12:36 PM