Telepost was a Canada Post and CNCP Telecommunications joint venture electonic mail delivery service introduced in 1973. Telepost messages were sent by Telex network  to teleprinter terminals located in selected postal facilities (Telepost Centres) at or near the destination of the telepost message. At telepost centres the messages were removed from the teleprinter, inserted in a distinctive window envelope, sealed and placed in the mail stream for delivery as first class mail.Special delivery service was available for an additional fee when requested by the sender. 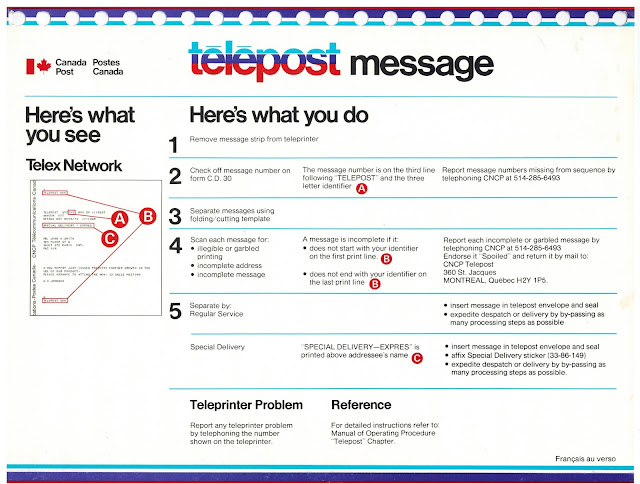 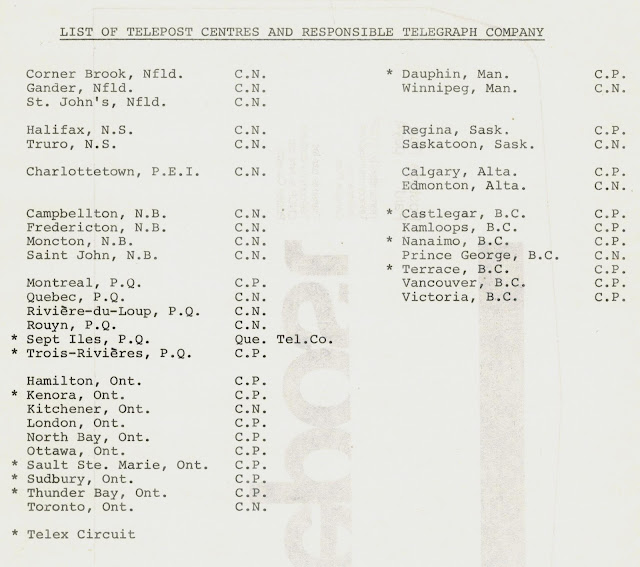 Telepost centres were equipped with Teletype Corporation receive only teleprinter machines, Models 28 and 32. 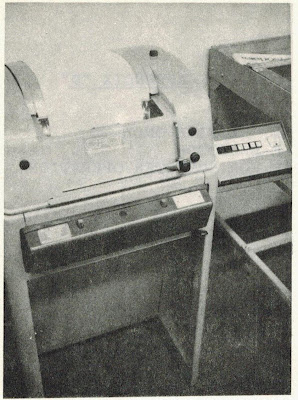 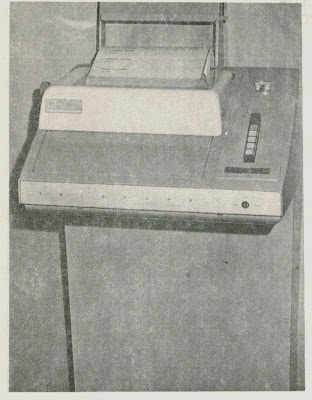 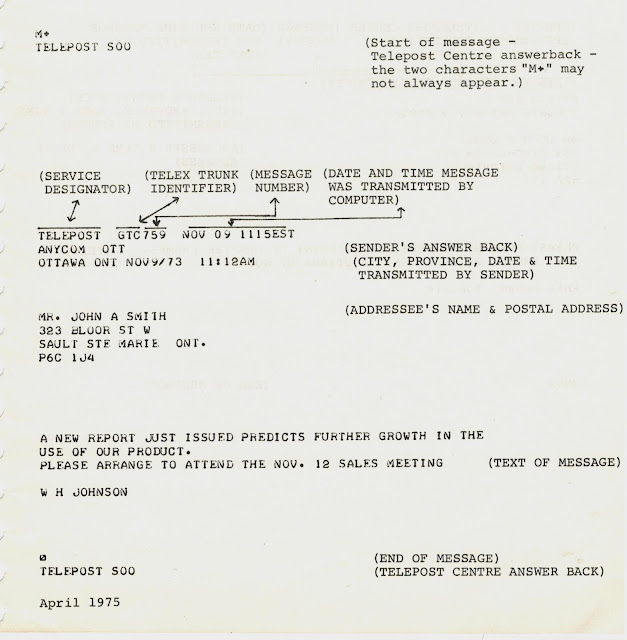 Sample of a normal message.

b) Request for Special Delivery

The words "Special Delivery" appear immediately above the name of the addressee. 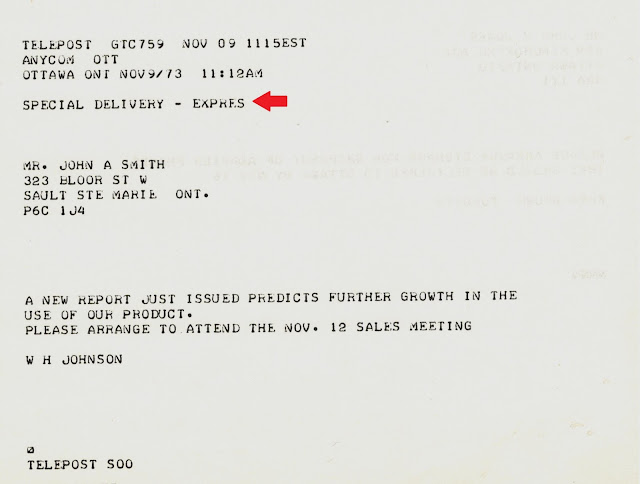 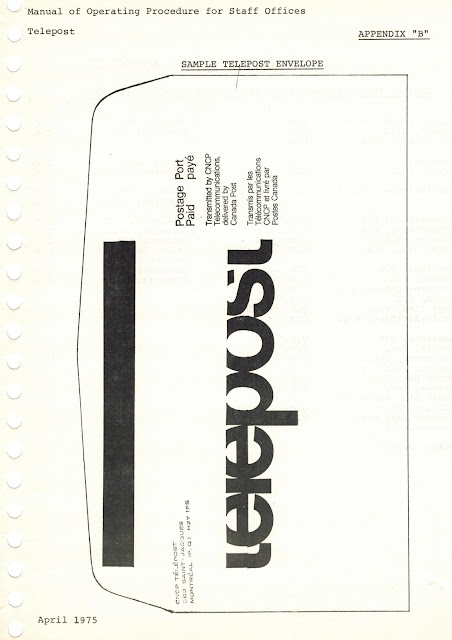 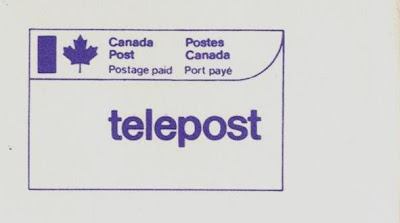 The telepost message was addressed to Oshawa, Ontario, and received at the Gateway  Postal Facility, Mississauga, Ont., October 25, 1979. The message was folded and inserted in the telepost envelope. 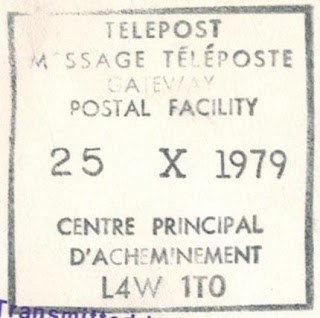 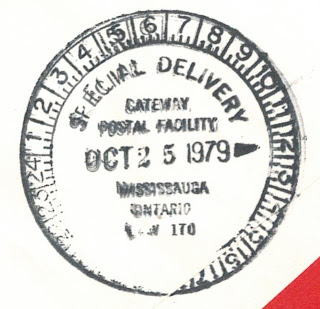 The letter was received by the Oshawa post office on October 26, 1979, and a receiver cancellation was applied to the front of the envelope. 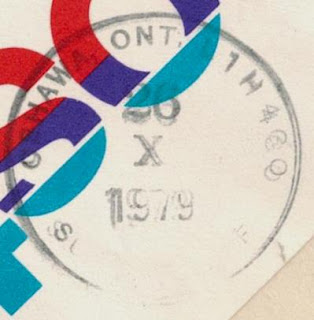 
Telepost Service continued into the 1990s. The letter shown below was sent by Telex via the Teleglobe system from Coventry, England, to South Porcupine, Ontario. 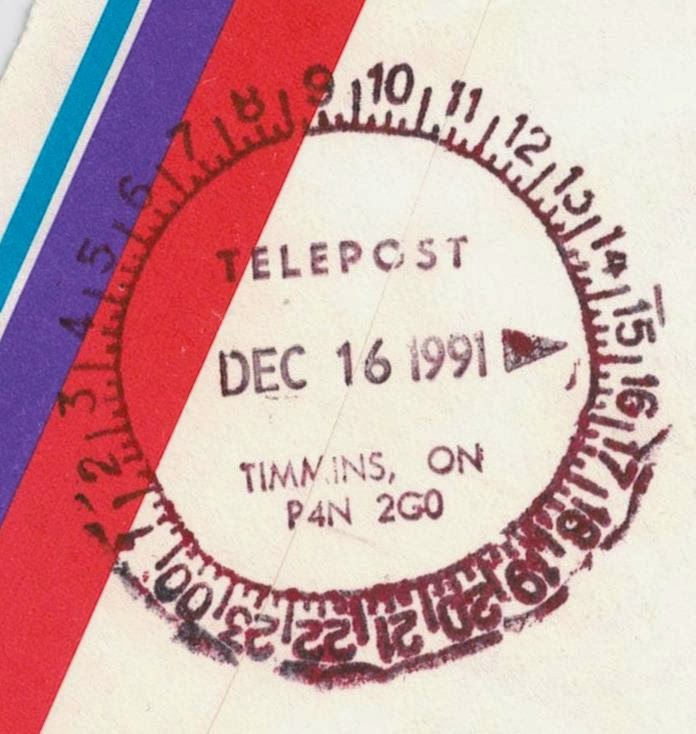 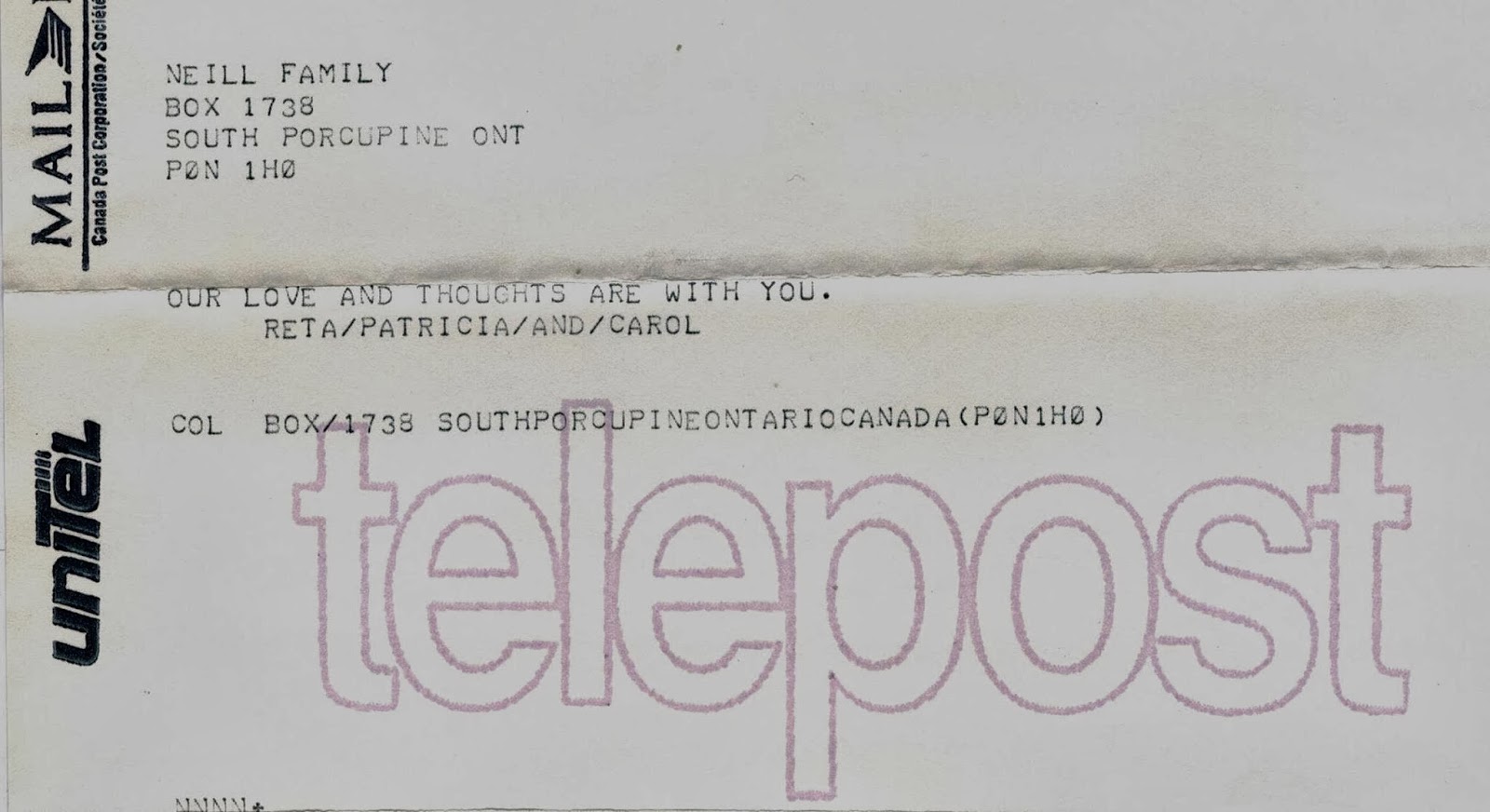