In the late 1800s and early 1900s, Belgians were actively recruited to settle in Manitoba. Many of the Belgian immigrants acquired land in south western Manitoba, joining earlier settlers who had established the communities of  Bruxelles, St Alphonse and Mariapolis. 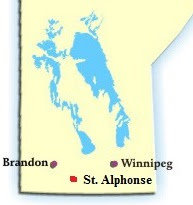 I have obtained  information for this post from Cornelius J. Jaenen's book Promoters, Planters, and Pioneers : The Course and Context of Belgian Settlement in Western Canada. Portions of the book published in 1976, have been made available on-line by the University of Calgary Press. 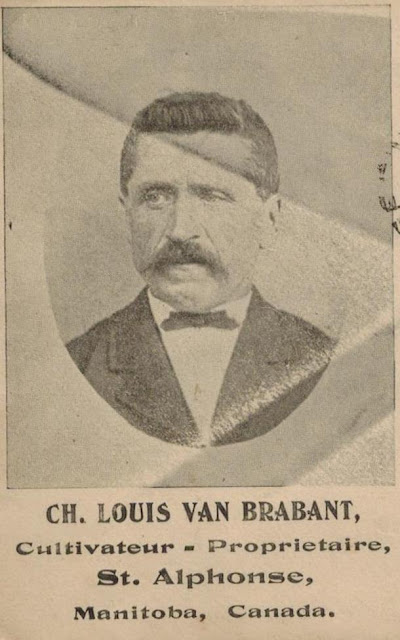 Unfortunately, the recruitment of Belgians to Canada  attracted promoters who made fraudulent claims and promises. One such individual was Charles Louis Van Brabant, a farmer in St. Alphonse. In 1897, Van Brabant, posing as an official agent for the Manitoba government, wrote  articles for Belgian newspapers urging people to use his services to acquire land in Manitoba. He claimed that there were five hundred Belgian families in the St. Alphonse area when there were actually fifty. Van Brabant's misrepresentations were eventually exposed.

The covers shown below were presumably sent after Van Brabant's career as a "land agent"  had ended. Both covers were addressed to a notary in Courtrai/Kortryk, Belgium. 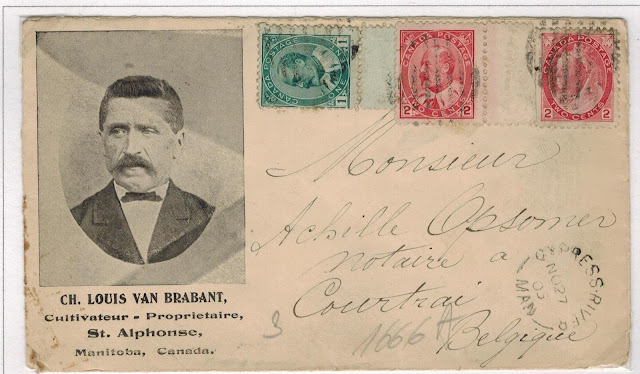 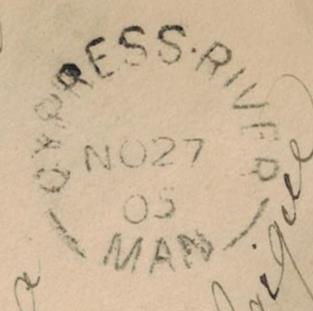 Cypress River is a community about 25 km northwest of St. Alphonse 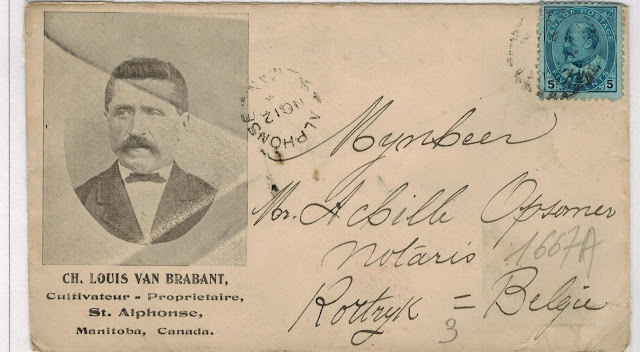 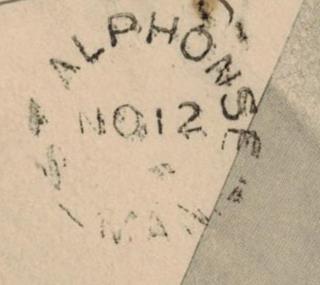 Posted by philcovex at 9:05 AM