This post shows change of address cards printed by Canada Post from 1985 to the present day. I have been able to identify four basic designs, three of which are credited to Ms. McGaw.

1. Front Side :  Illustration Only
a. Branta canadensis
b. Geese in Flight 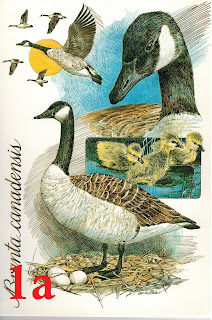 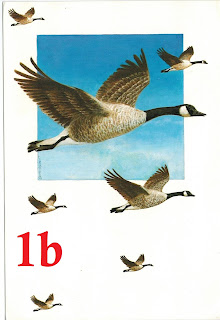 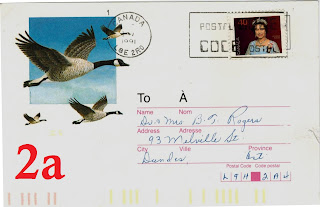 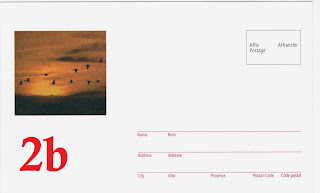 1. Front Side :  Illustration Only 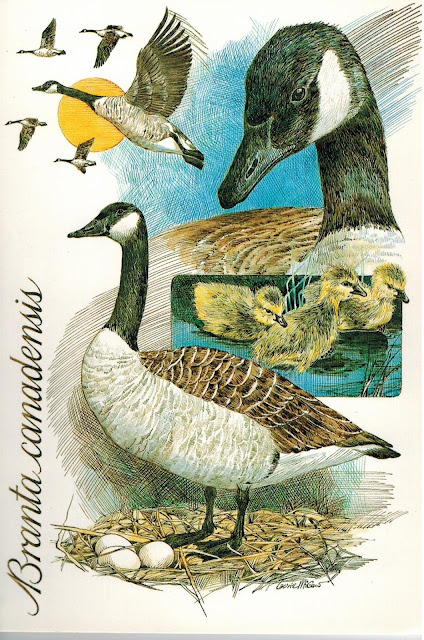 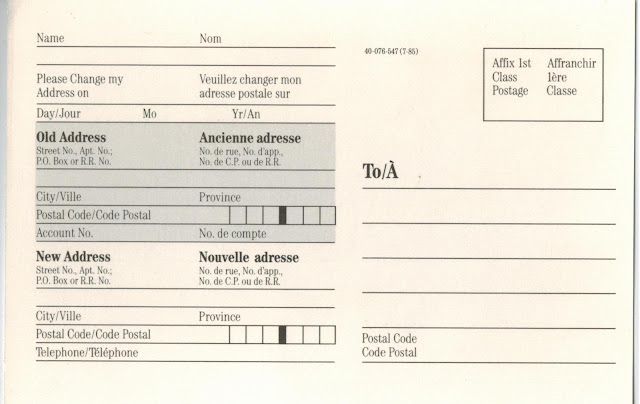 b. Geese in Flight 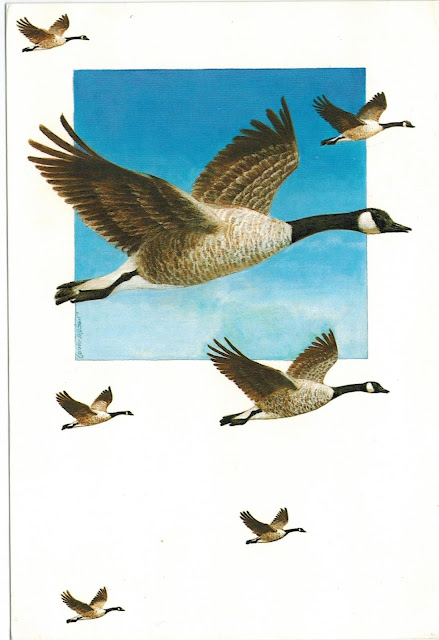 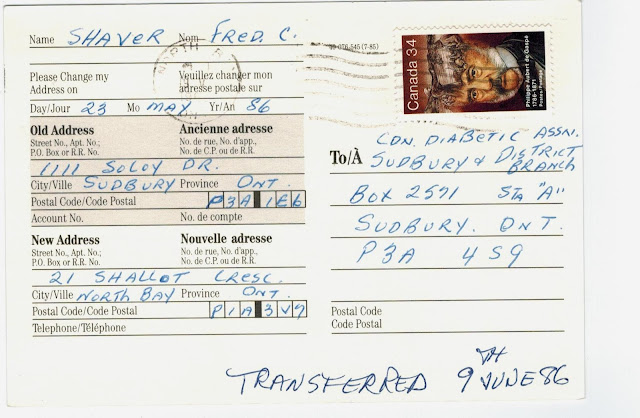 
Back with address only


The back of the "Geese in Flight"change of address announcement card shown below has a blank left side, making this an attractive souvenir post card. I do not know if this was deliberately printed this way. 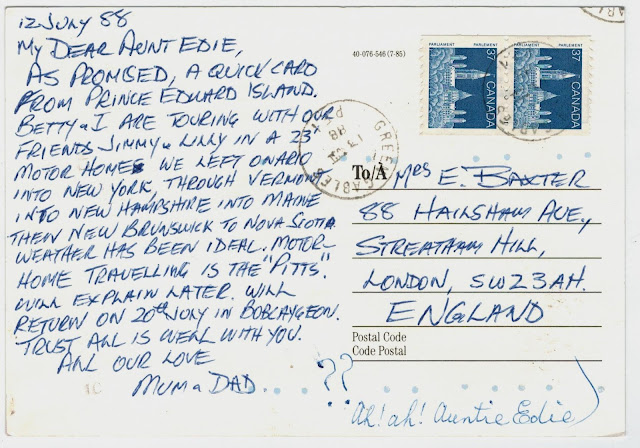 
a. Geese in Flight 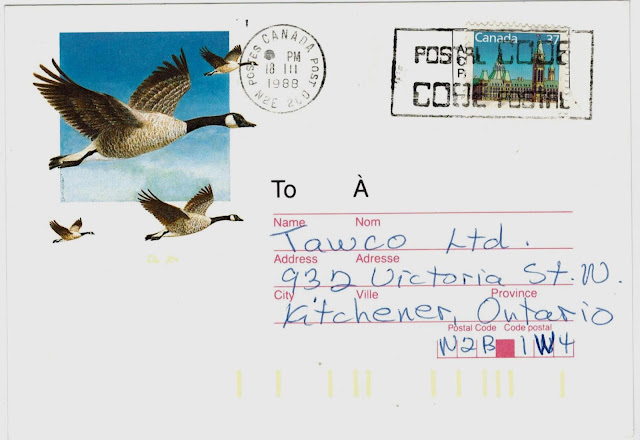 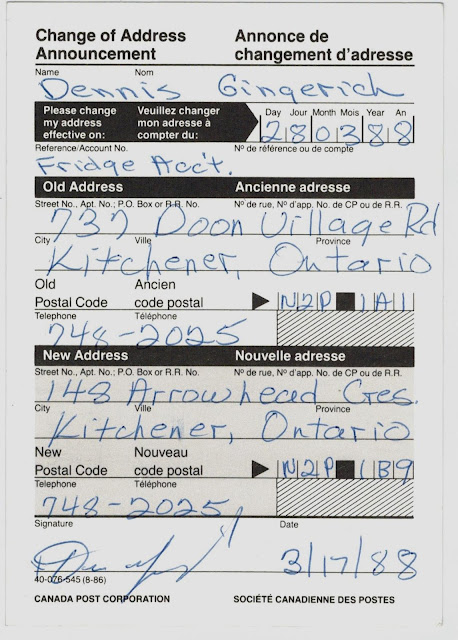 The difference in 1986 and 1988 printings involves the date section at the bottom of the information side of the card. The 1988 version has columns for the date. 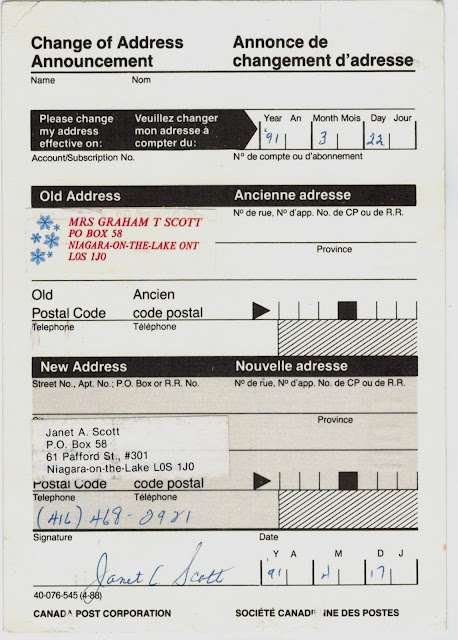 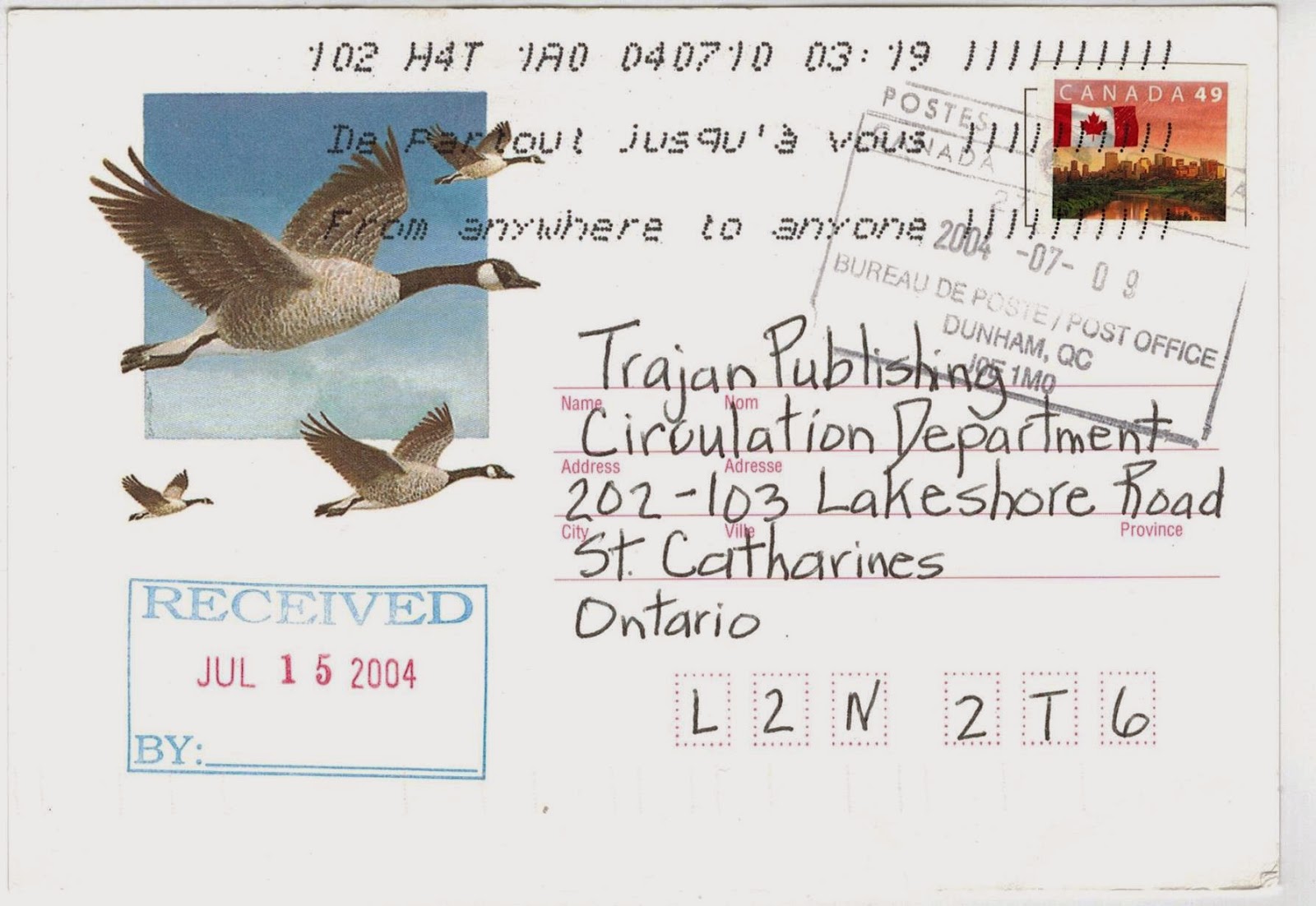 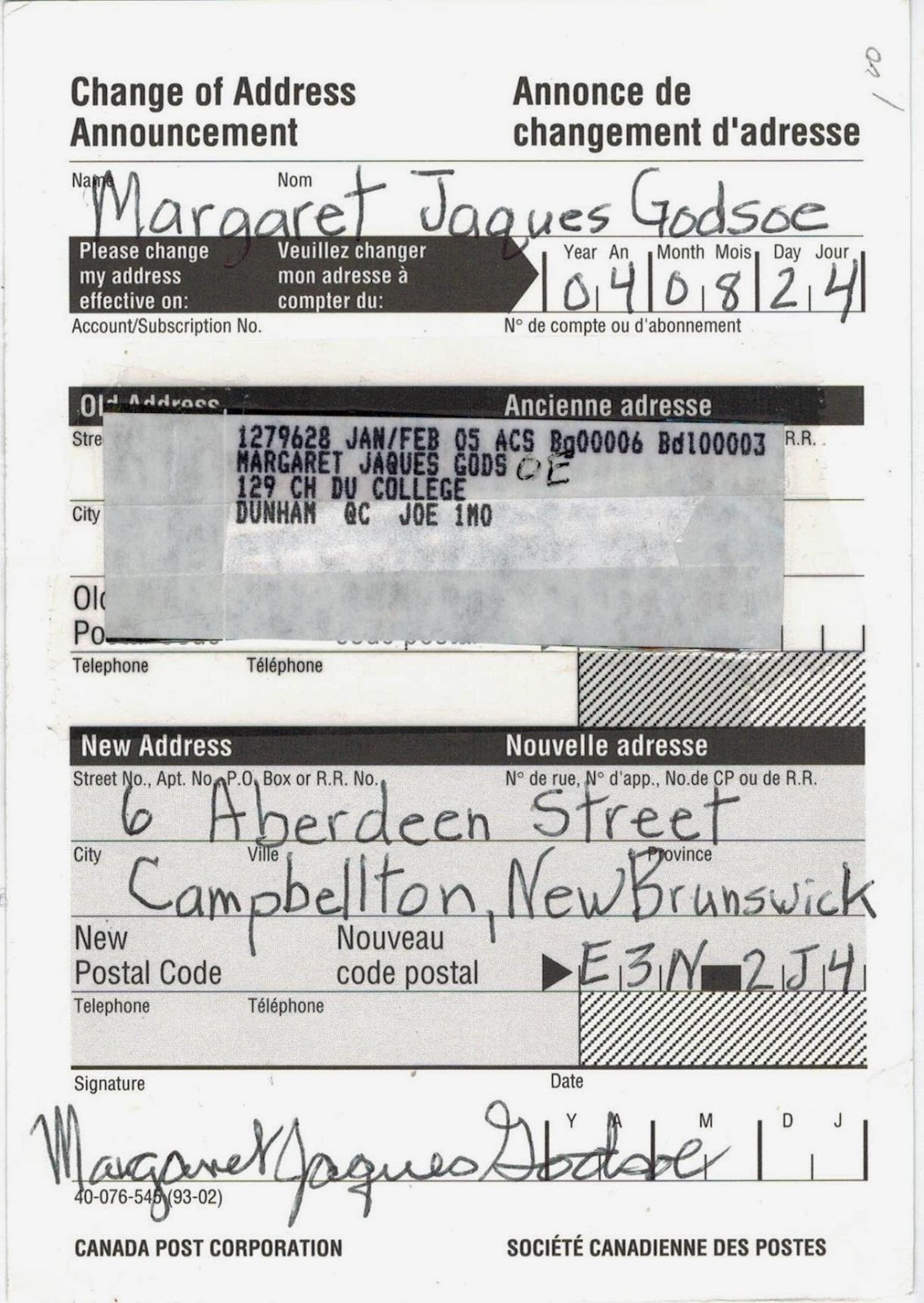 Canada Post provided Change of Address Kit booklets which contained 17 change of address cards and helpful hints about moving. The cards in the kit were from Printing Number : 40-076-545 (93-02). 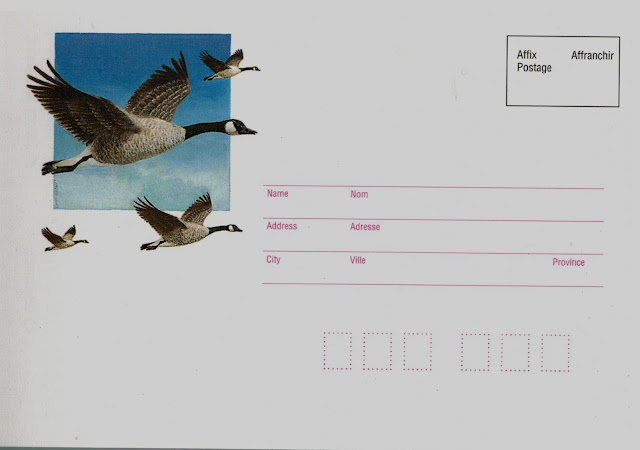 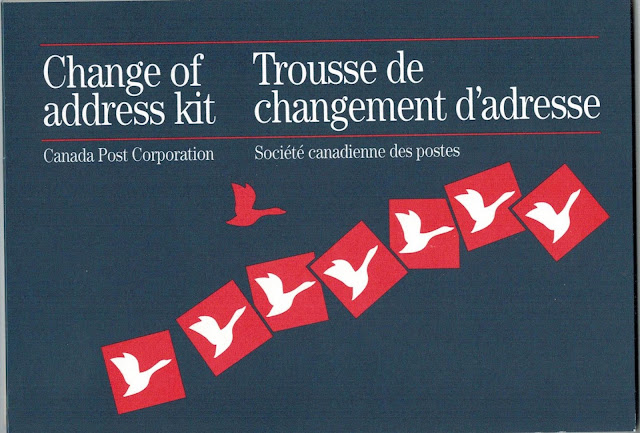 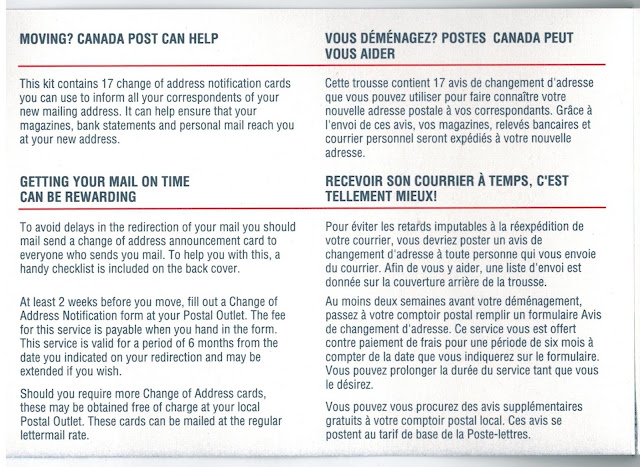 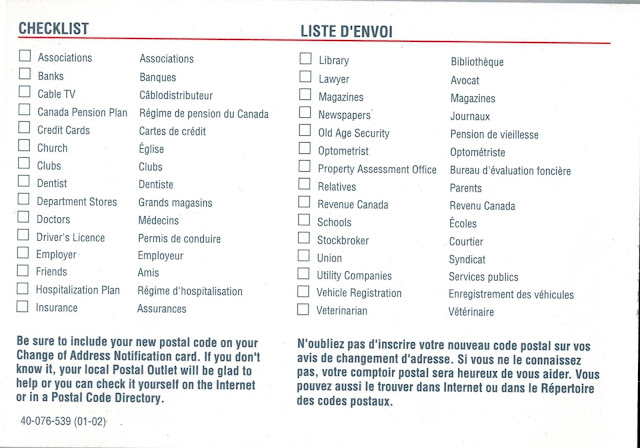 b. Geese in Flight at Sunset 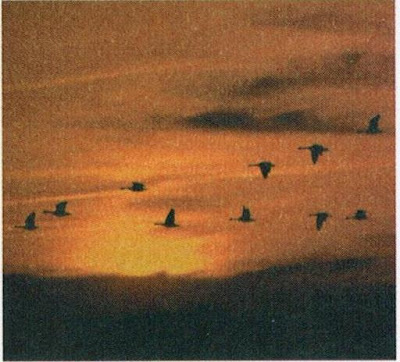 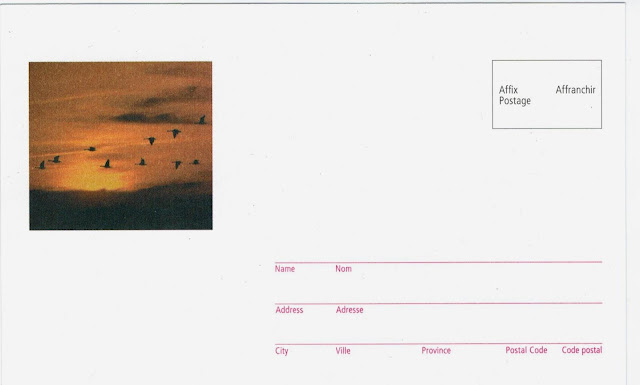 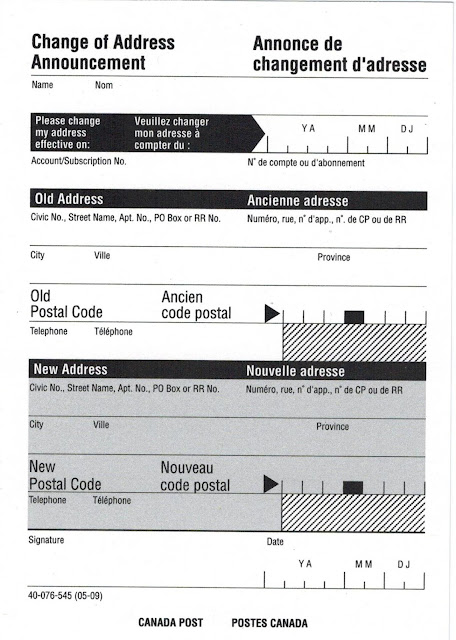 Posted by philcovex at 6:12 PM