In June 1942, Japanese forces occupied the islands of Attu and Kiska in the U.S. Aleutian Islands, a chain of remote, sparsely inhabited, volcanic islands extending 1,200 miles west of the Alaskan Peninsula.

In May 1943, the U.S. attacked Attu and after twenty days of fierce fighting and 4000 casualties regained the island. Anticipating that the mission to re-take Kiska  island was going to be difficult, a force of nearly 30,000 American soldiers and 5,300 Canadians was assembled for the invasion. 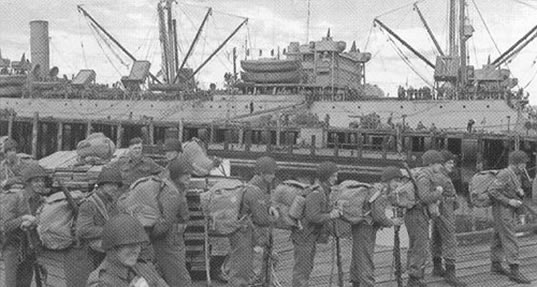 Canadian troops boarding a ship for the Aleutians. U.S. Army helmets were provided to the Canadians.

The landings occurred on August 15 - 16, 1943. To the surprise of the allied forces,  the Japanese defenders had evacuated the island. 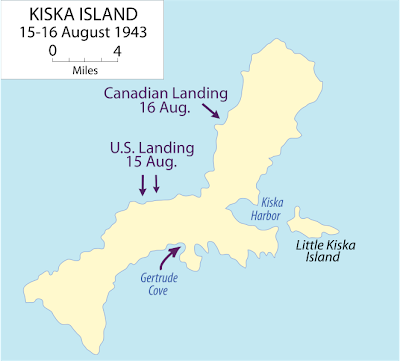 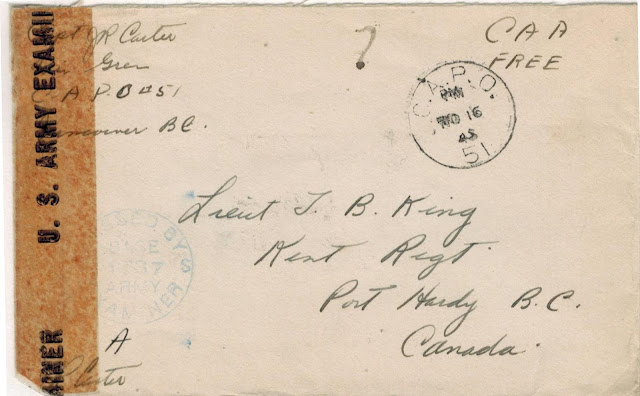 Posted by philcovex at 6:57 AM