"The conception of the Telephone took place during that summer visit to my father's residence in Brantford in 1874, and the apparatus was just as it was subsequently made, a one-membrane telephone on either end ... The experiment of August 10, 1876, made from Brantford to Paris, was the first transmission, the first clear, intelligible transmission of speech over the real line, that had ever been made."


On March 3, 1947, Canada Post Office issued a 4 cent commemorative stamp honouring the birth centenary of Alexander Graham Bell, inventor of the telephone. The stamp was designed by Herman Schwartz and the picture was engraved by Silas Allen. 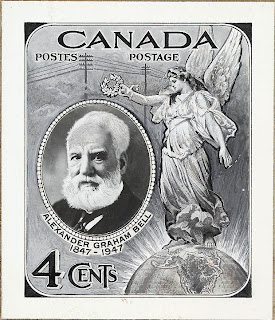 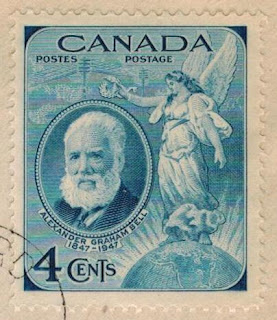 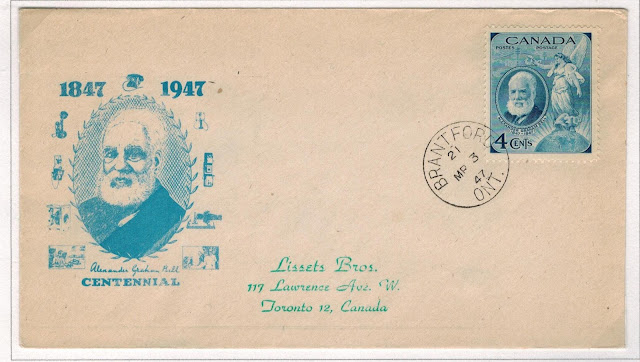 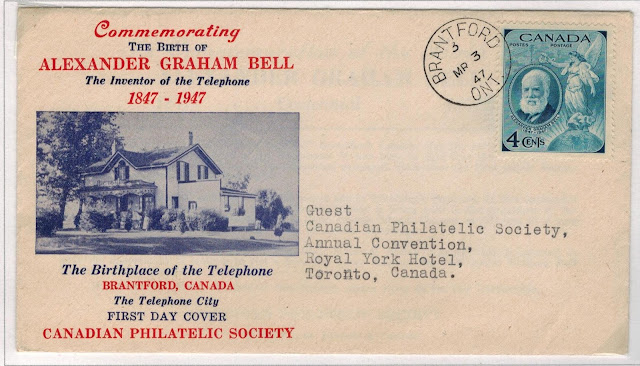 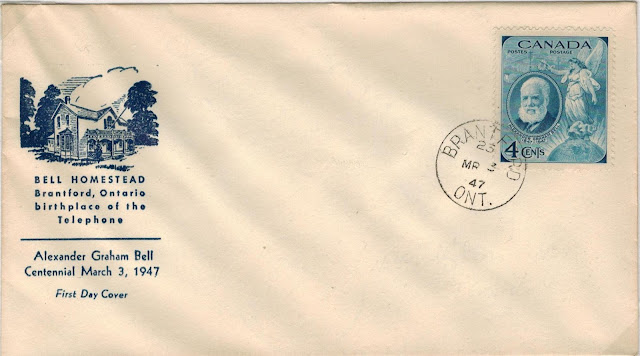 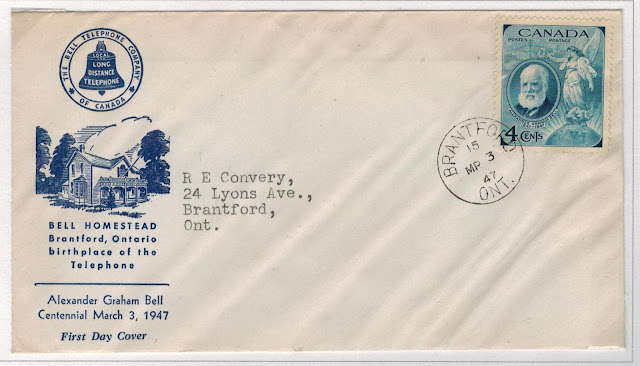 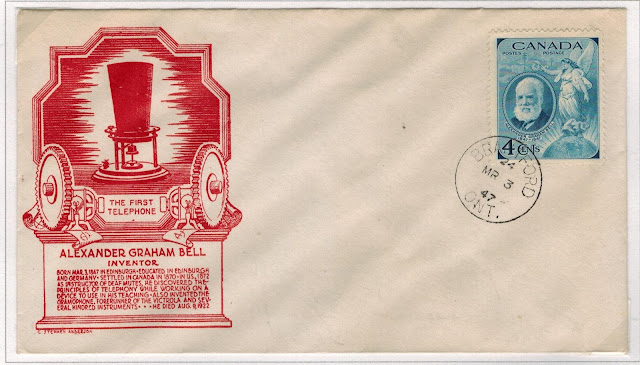 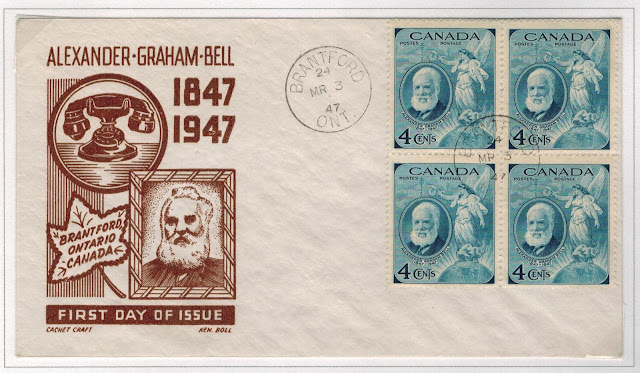 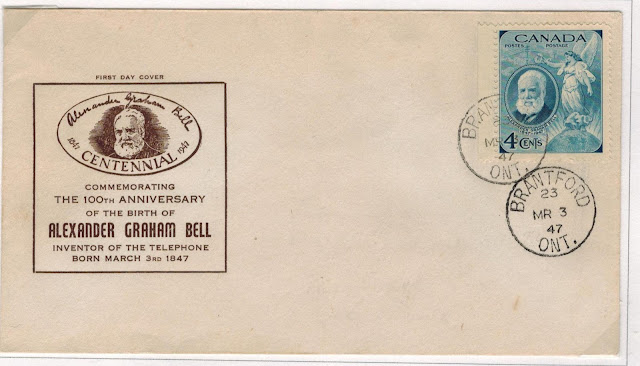 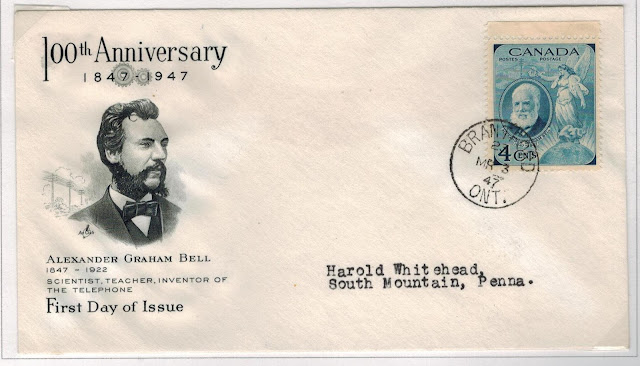 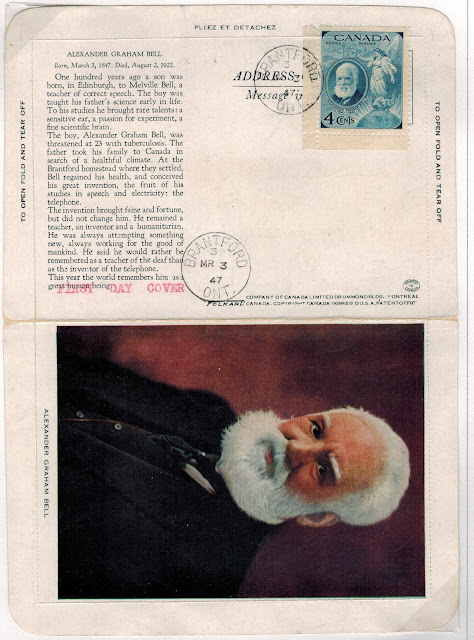 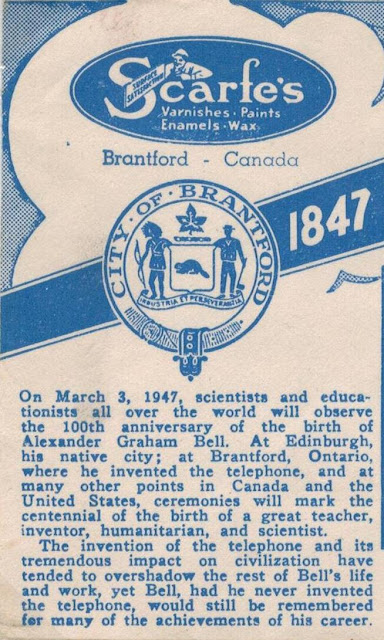 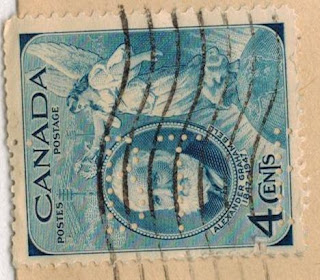 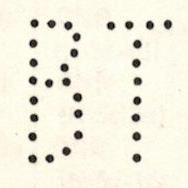 Air Mail to the U.S.