Britain took control of the peninsular part of Acadia  (Nova Scotia) from France in 1713. In 1749 the British government decided that a military station and settlement be built as a counterweight to the French fortress at Louibourg, Isle Royale (now Cape Breton).  Edward Cornwallis was assigned the task, and on June 21, 1749 arrived with 2500 settlers to begin the construction of Halifax.

Canada Post Office issued a commemorative stamp to mark the 200th anniversary of the founding of Halifax on June 21, 1949. 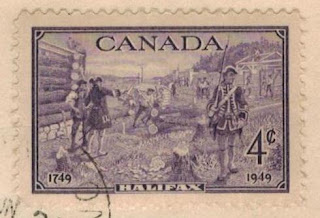 National Archives of Canada photographs related to the stamp issue have been posted on the Canadian Postal Archives website : 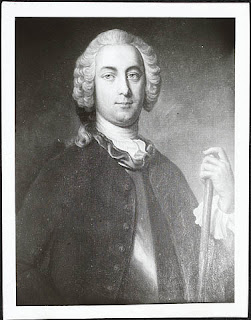 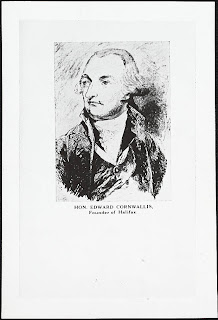 Several photographs of prints and paintings depicting 18th century Halifax were available as models for the stamp design. 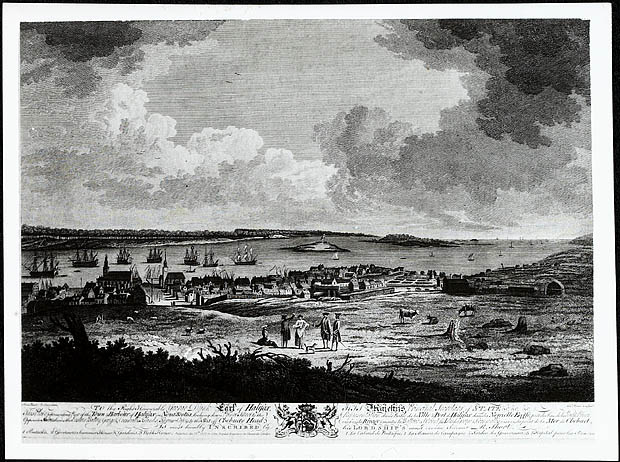 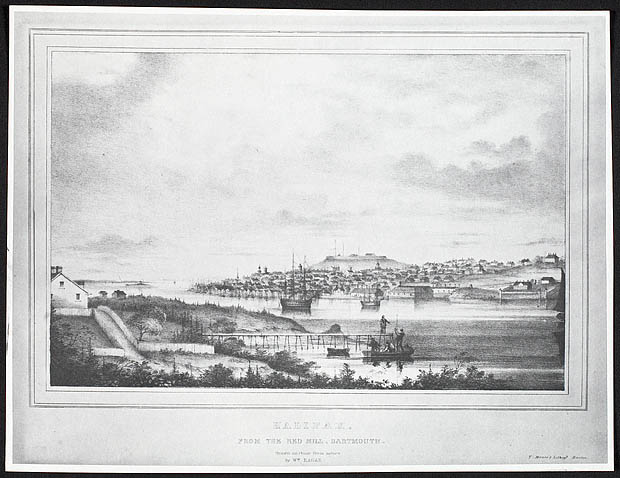 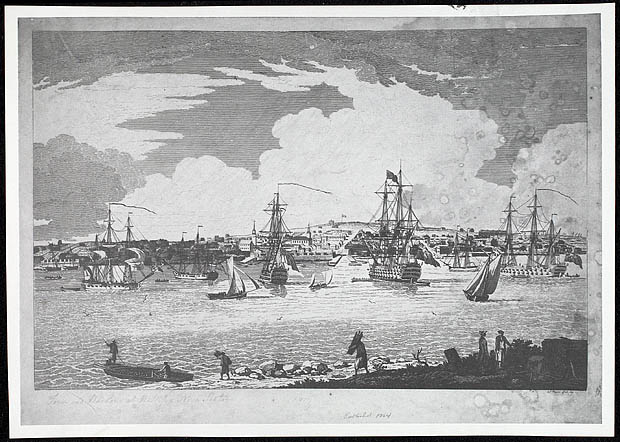 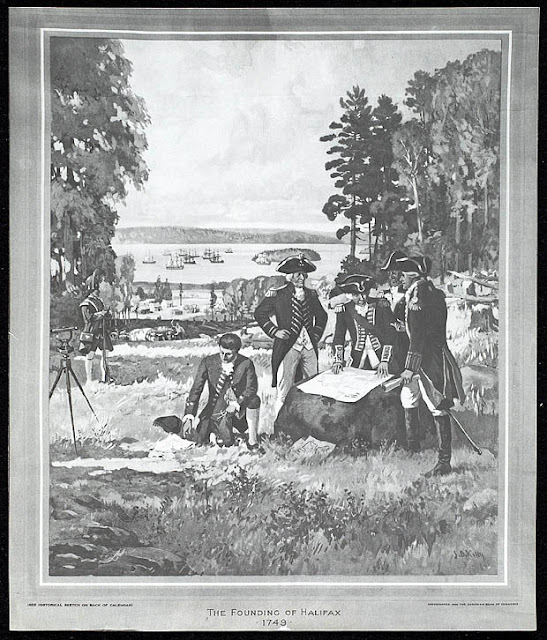 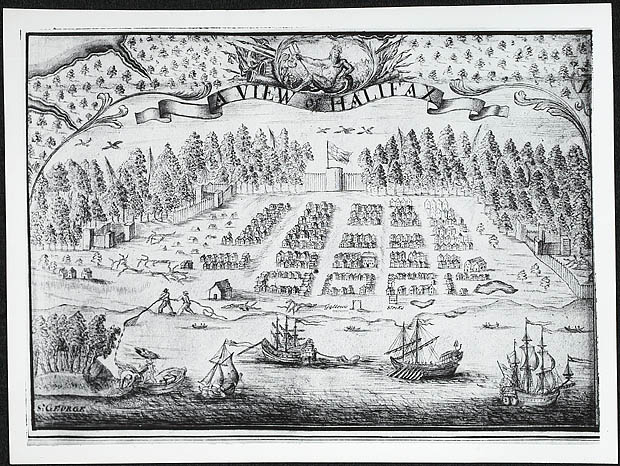 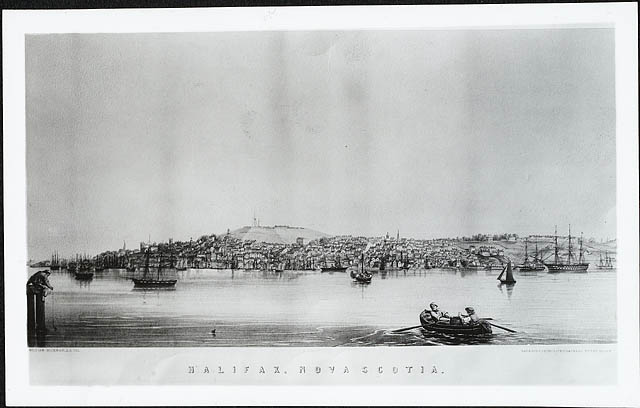 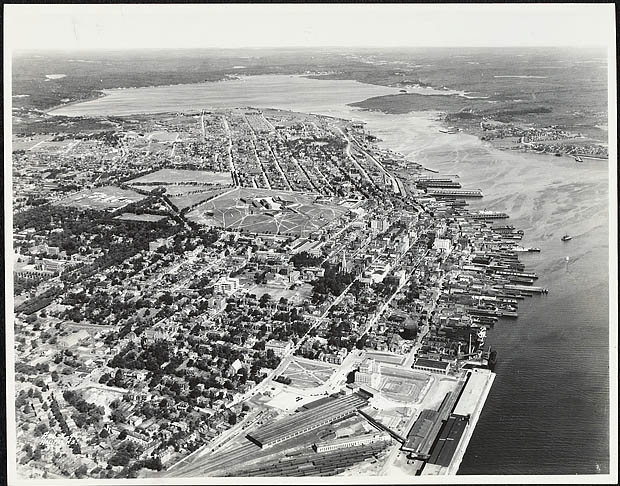 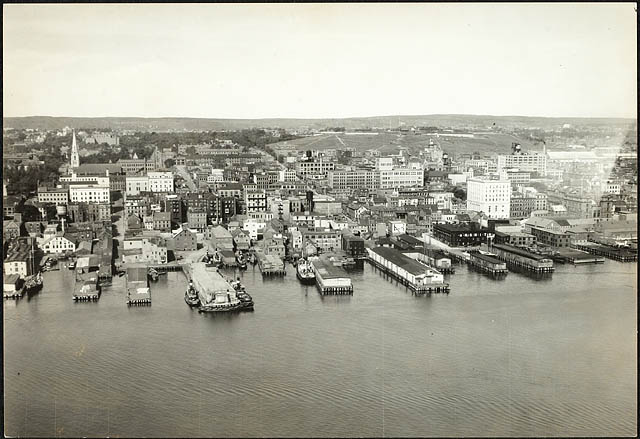 The model used by designer H.H. Schwartz for the Halifax Bicentenary stamp was historical artist Charles W. Jeffrey's painting Founding of Halifax, 1749 depicting the building of the Halifax settlement. 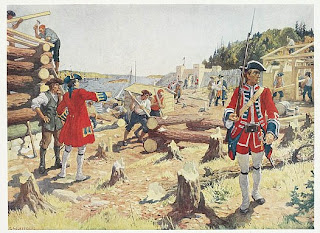 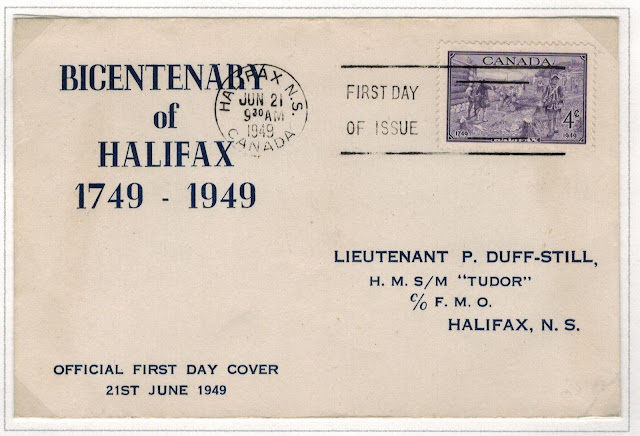 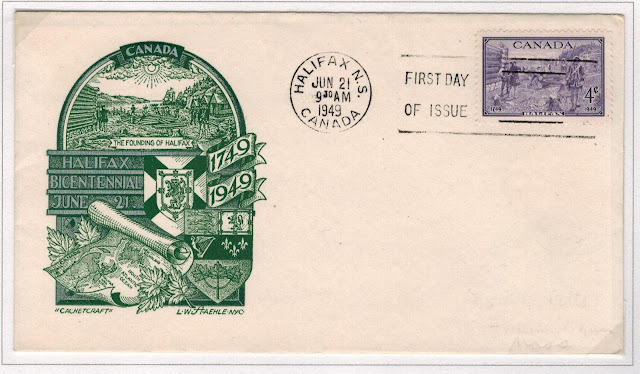 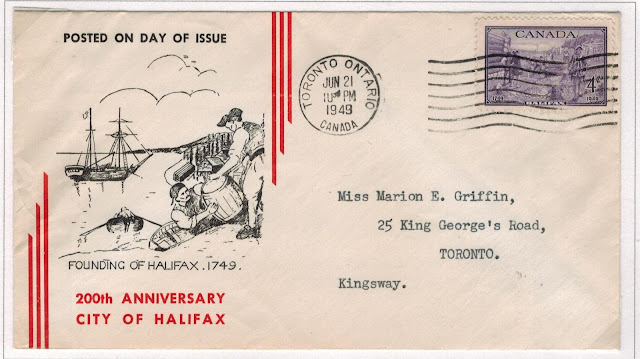 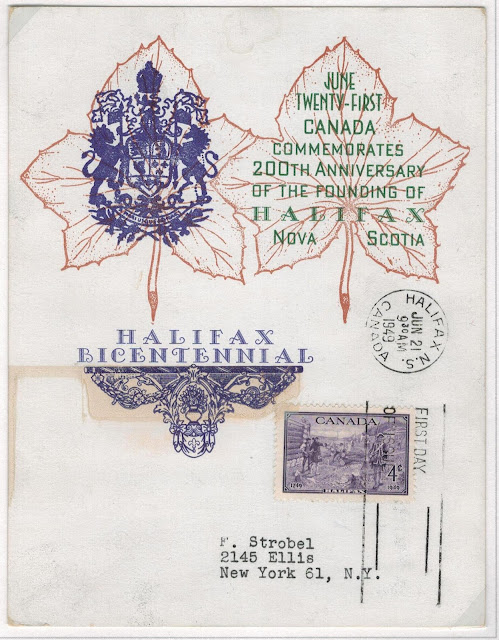 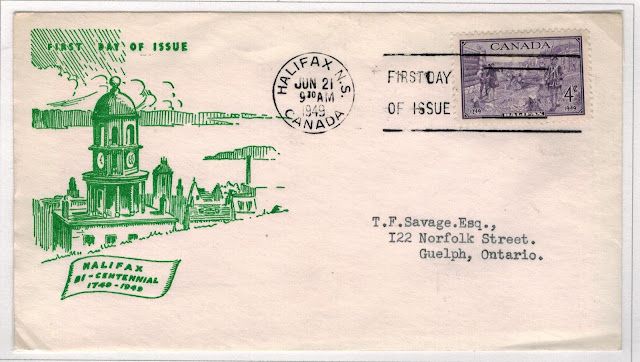 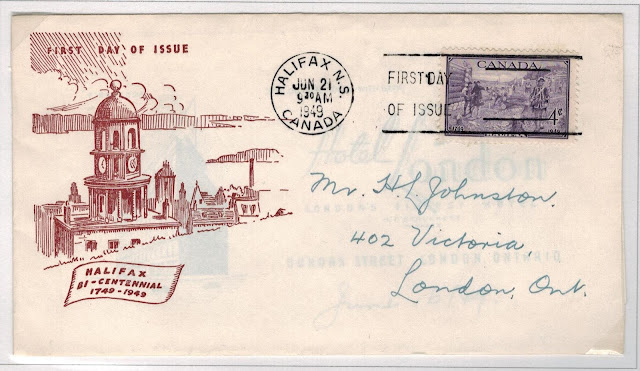 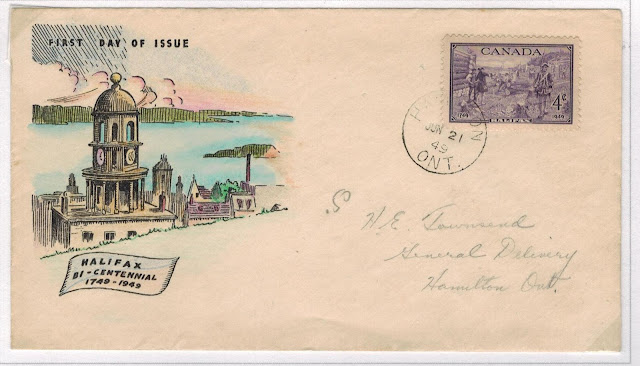 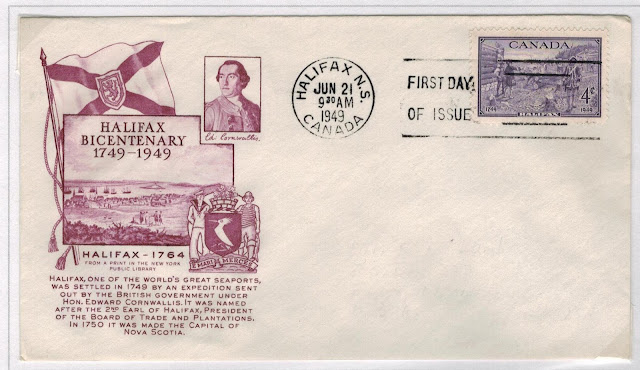 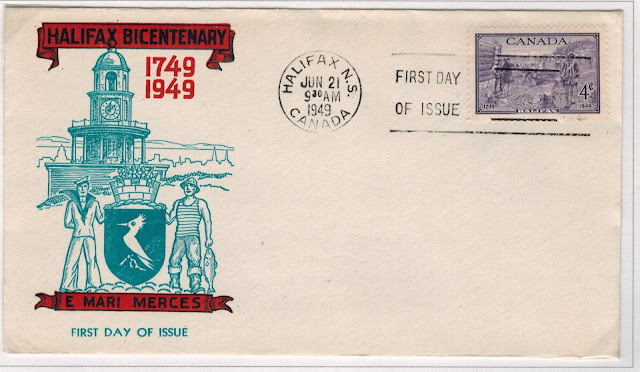 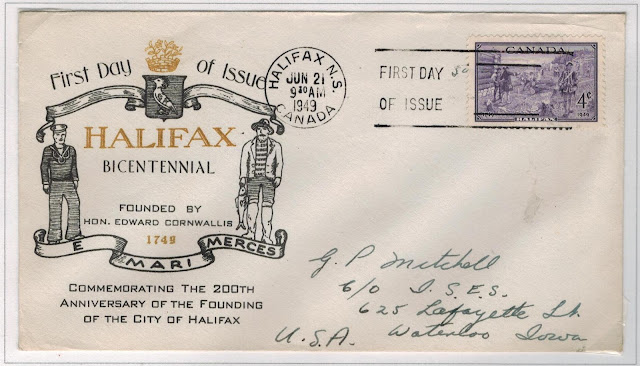 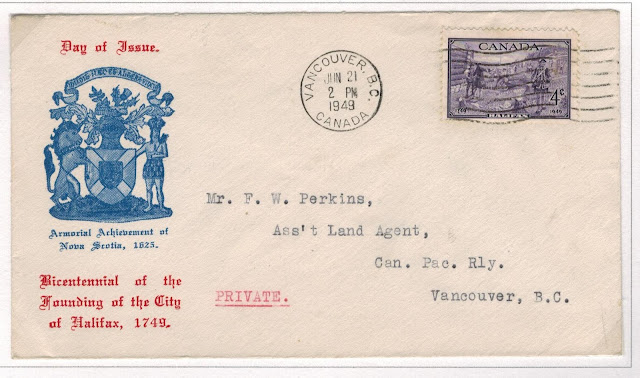 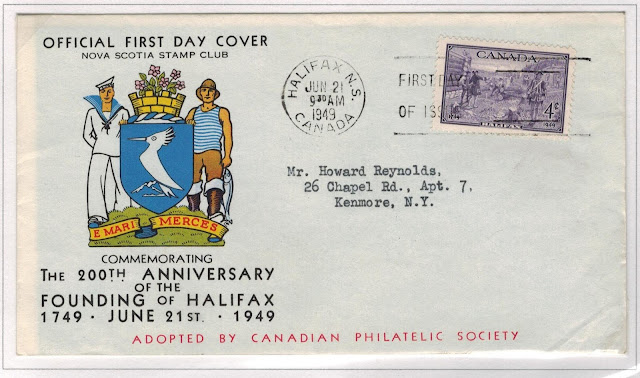