No.111 Operational Training Unit (OTU) was established by the Royal Air Force in Nassau to serve as a training location for the B24 Liberator bomber. The Bahamas provided space to carry out operational flying training beyond the range of German aircraft. Canadians also trained at No. 111 OTU. Once trained on the B24, Canadian Air Force members joined Atlantic aircraft ferrying operations or were posted to the Far East. 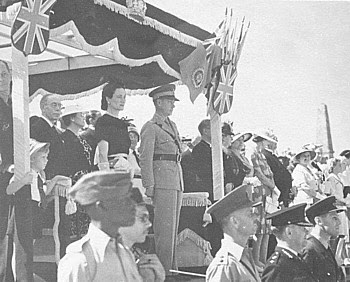 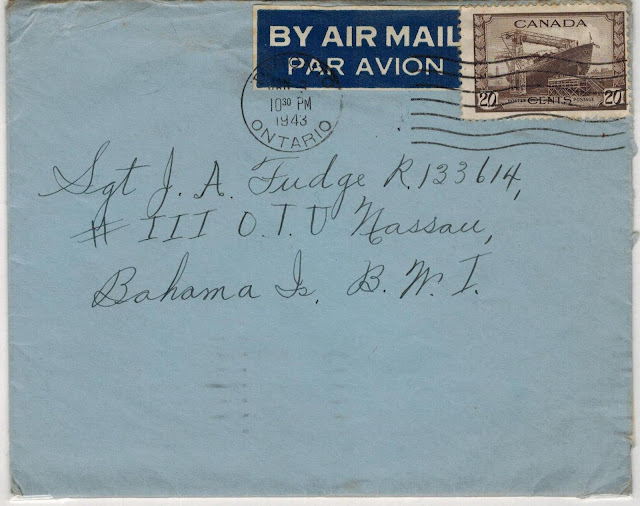 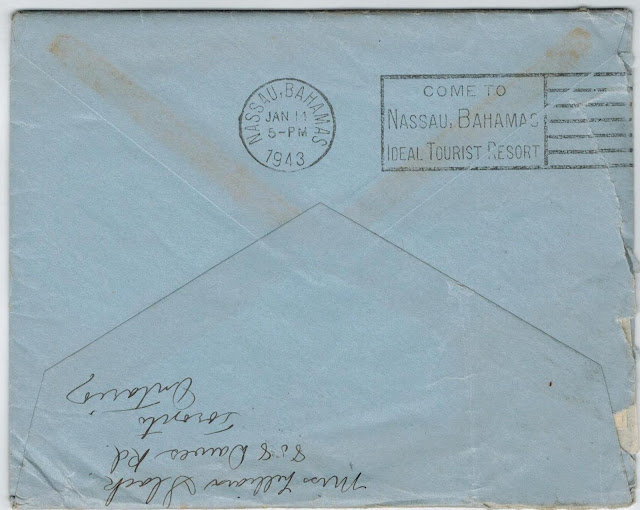 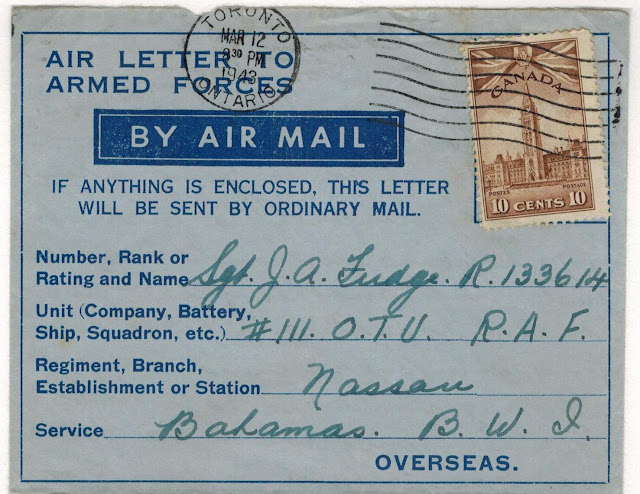 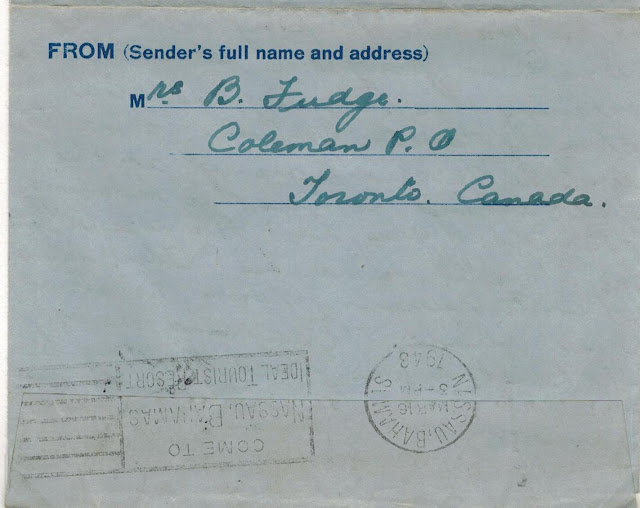 
Pilots and crew members sent to Nassau for Liberator training spent about fifty hours flying on the B-25 Mitchell twin engine bomber before moving on to the Liberator.

Shown here is the menu for the OTU 111 Officers' Mess Christmas Dinner. 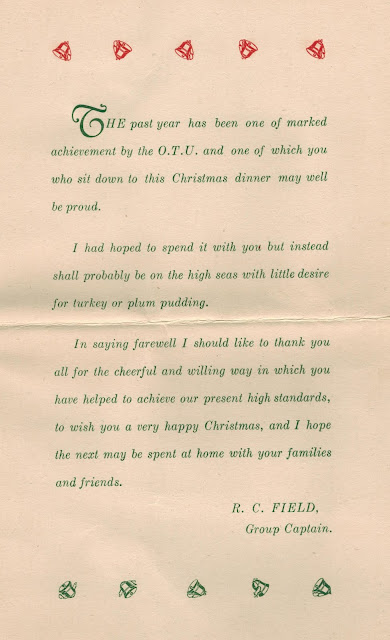 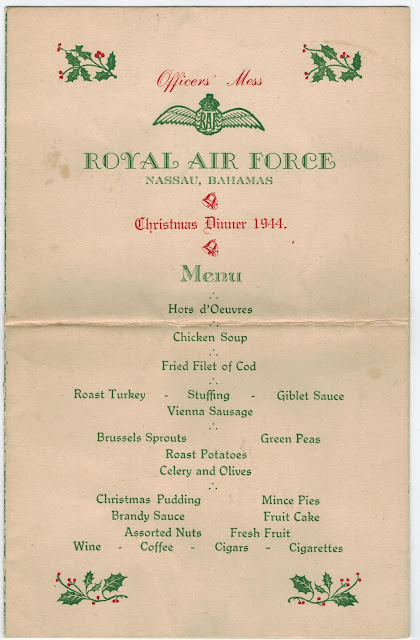 The back of the menu was signed by Air Force personnel who was flying the B-25 Mitchell bomber. 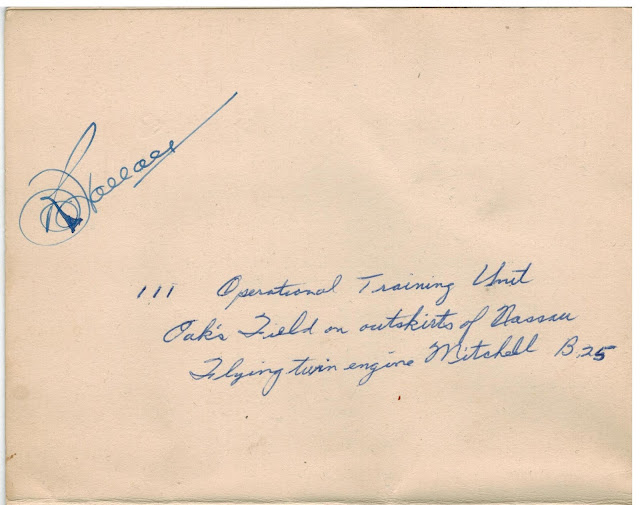 111 Operational Training Unit
Oak's [sic] Field in outskirts of Nassau
Flying twin engine Mitchell B-25
Posted by philcovex at 7:45 AM