The Republic of Ireland remained neutral during World War II. Curragh Internment Camp was a prison camp used to hold political internees and foreign soldiers during the war. 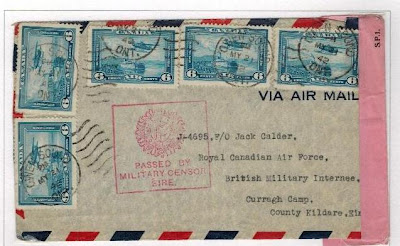 The above letter was mailed from Owen Sound, May 21, 1942, to Jack Calder, R.C.A.F. (British Military Internee) at Curragh Camp. 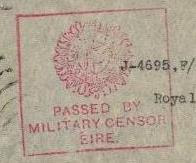 Military Censor Handstamp
Posted by philcovex at 6:56 AM