The cover below was mailed on August 6, 1973, from Weston, Ontario to the British Antarctic Survey base, Halley Bay. It is interesting because mail to the Antarctic from Canada is not commonly seen and also because of the Argentine transit marking which signals the conflict between Argentina and the United Kingdom regarding the sovereignty of the Falkland Islands.

Transit: Argentina to the Falklands Islands

Section 15 of the Agreement provided that:


Postage stamps on mail travelling between the Argentine mainland and the Falkland Islands in either direction should be cancelled with a mark referring to this joint statement. Mail bags should be similarly marked.

The Buenos Aires transit marking refers to the July 1, 1971 agreement pursuant to Section 15: 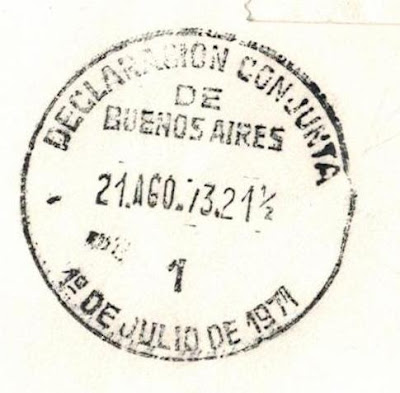 Nine years later, in April, 1982, Argentina invaded and occupied the Falkland Islands. A British Task Force responded and the Argentine forces surrendered returning control of the islands to the UK in June, 1984.

The British Antarctic Survey founded the Halley base for the International Geophysical Year of 1957-58. The bay where the expedition decided to set up their base was named Halley Bay, after the astronomer Edmond Halley. The name was changed to Halley in 1977 as the original bay had disappeared due to changes in the ice shelf. 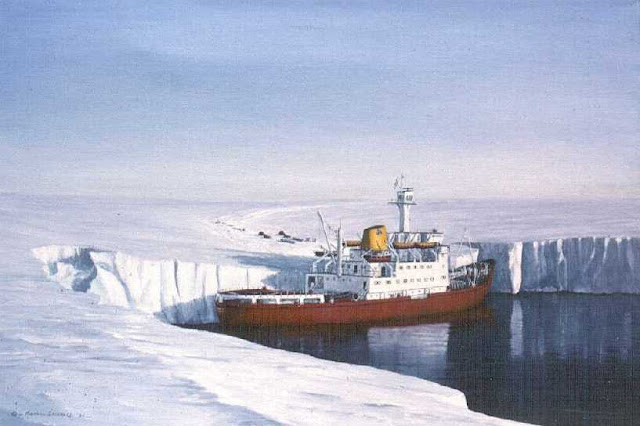