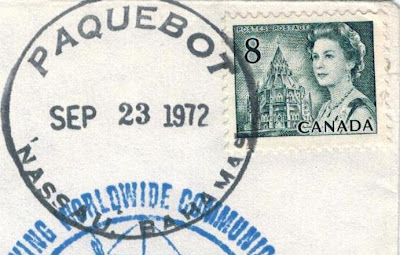 The cover below was mailed aboard C.S. (Cable Ship) Alert "while placing cable between Florida and the Bahama Islands, fall, 1972". Although the Alert was not a Canadian ship, the Nassau Bahamas post office affixed its Paquebot cancellation (September 23, 1972) on this letter franked with an 8 cent Canadian Centennial definitive stamp. 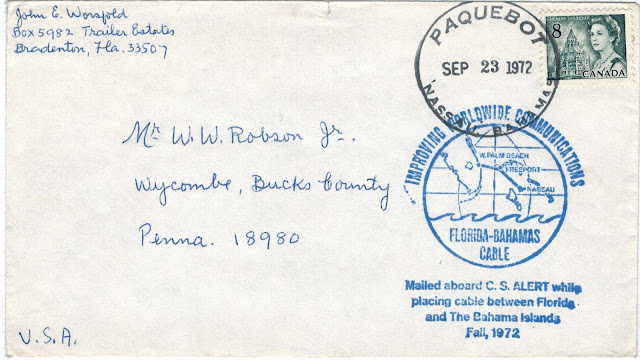 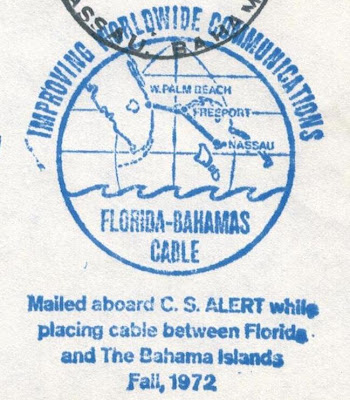 C.S. Alert (Originally H.M.T.S. (Her Majesty's Telegraph Ship) Alert) was launched on 7 November 1960 and formally accepted by the Post Office on 21 April 1961. 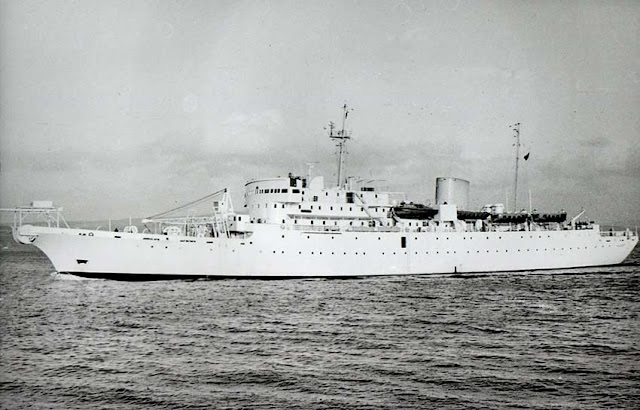 Cable work carried out by the Alert from 1961 to 1989 is listed at this website. In 1969 the Cable Ship Alert was repainted from having a white hull to International Orange for the hull.

The Alert was the subject of a 1988 stamp issued by Ascension Island: 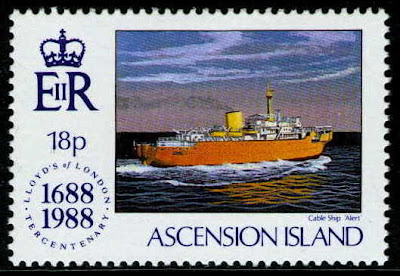 Not in author's collection
Posted by philcovex at 2:27 AM