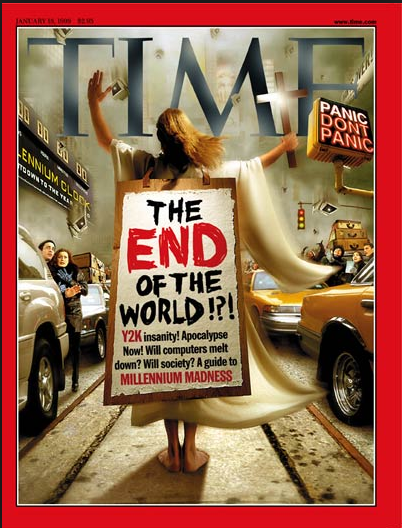 A recent philatelic purchase brought back memories of the "Millenium Bug", also known as "The Year 2000"  problem (Y2K).  World-wide computer failure was predicted because many computer programs stored years with only two decimal digits to represent a year rather than all four (memory was at a premium in the old days). The fear was that computer systems would be vulnerable when they ticked over from "99" to "00" - making some of them interpret the year as 1900, possibly  resulting in the following:
Fortunately a great deal of money was spent fixing the bug and the world breathed a collective sigh of relief when Sydney, Australia didn't vaporize at midnight, January 1, 2000.

The satirical CBC radio programme This is That with Pat Kelly and Peter Oldring aired a "documentary" recounting the years that Norman Feller spent in his underground bunker to escape from the Millenium Bug. 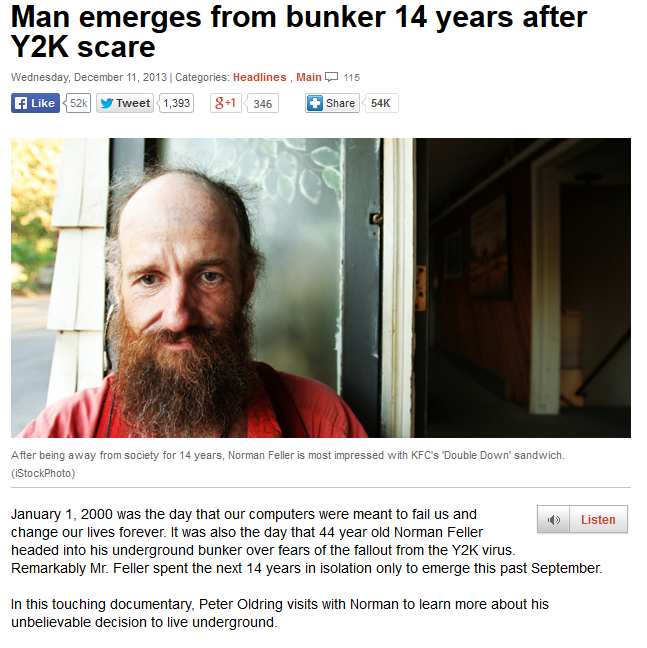 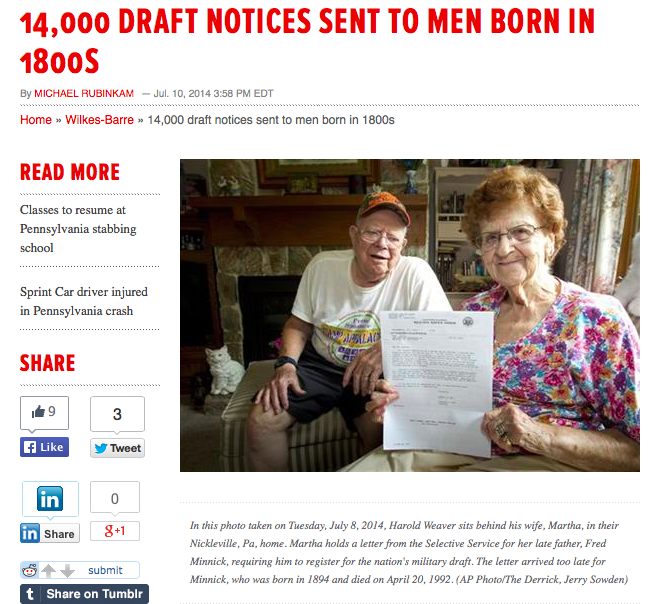 A year 2000-related bug has caused the US military to send more than 14,000 letters of conscription to men who were all born in the 1800s and died decades ago.


Shocked residents of Pennsylvania began receiving letters ordering their great grandparents to register for the US military draft by pain of “fine and imprisonment.”

"I said, 'Geez, what the hell is this about?’” Chuck Huey, 73, of Kingston, Pennsylvania told the Associated Press when he received a letter for his late grandfather Bert Huey, born in 1894 and a first world war veteran who died at the age of 100 in 1995.“It said he was subject to heavy fines and imprisonment if he didn't sign up for the draft board,” exclaimed Huey. "We were just totally dumbfounded.”


The US Selective Service System, which sent the letters in error, automatically handles the drafting of US citizens and other US residents that are applicable for conscription. The cause of the error was narrowed down to a Y2K-like bug in the Pennsylvania department of transportation (PDT).A clerk at the PDT failed to select a century during the transfer of 400,000 records to the Selective Service, producing 1990s records for men born a century earlier."We made a mistake, a quite serious selection error," Jan McKnight from Pennsylvania digital services PennDOT.The Selective Service identified 27,218 records of men born in the 1800s made errantly applicable by the change of century and began sending out notices to them on 30 June.The federal agency began receiving calls from worried relatives on 3 July, explaining that the men were dead, but by that time it had already sent 14,250 notices in error.The youngest of the men would have been 117 this year. Families who received the notices can safely ignore them, said Pat Schuback from the Selective Service. 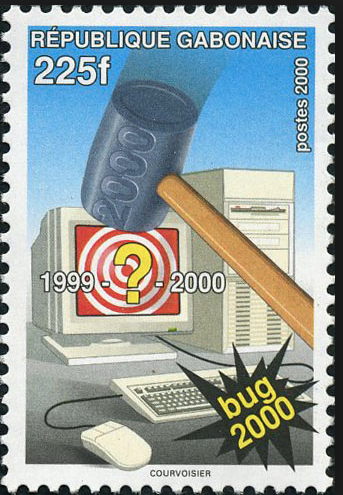 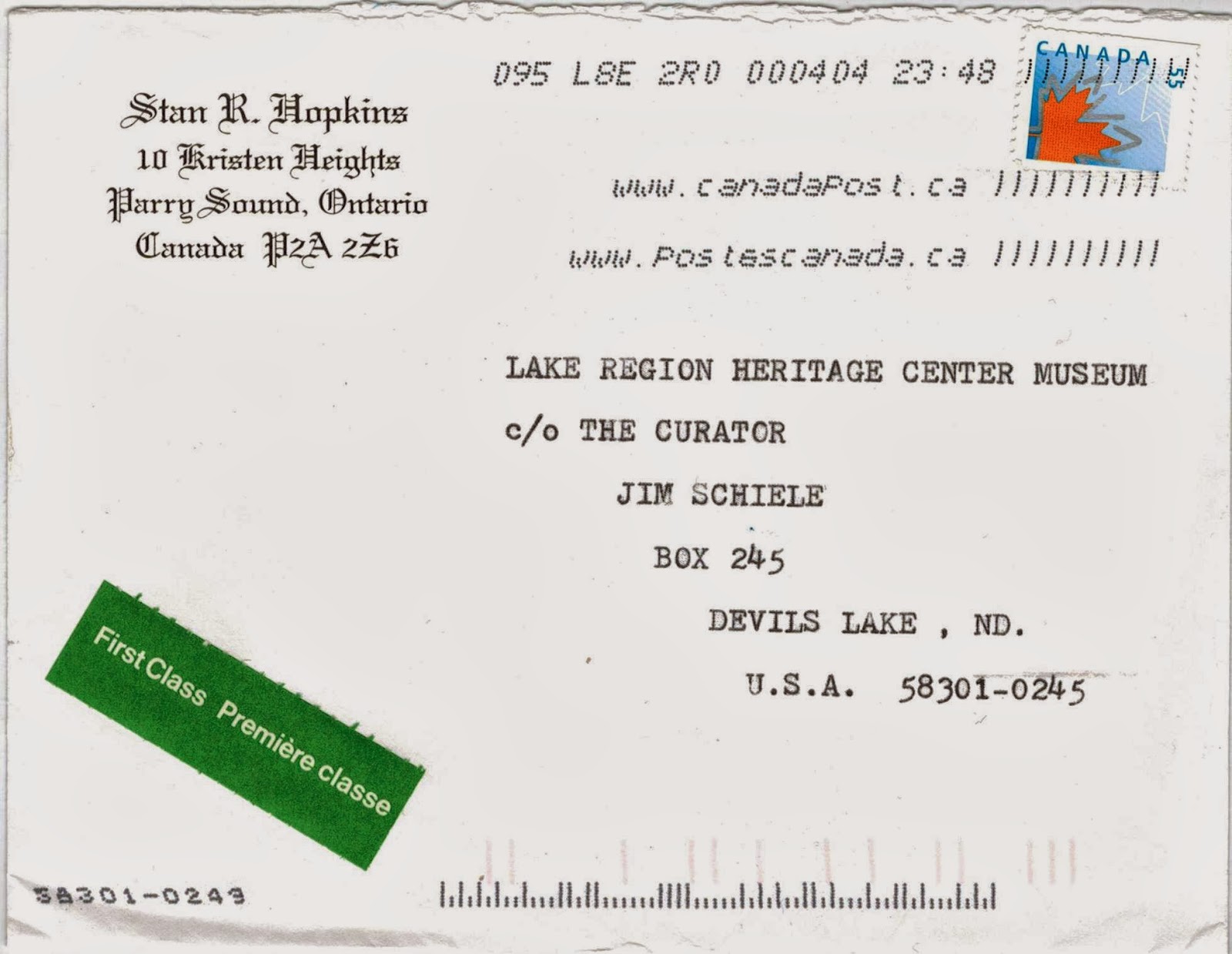 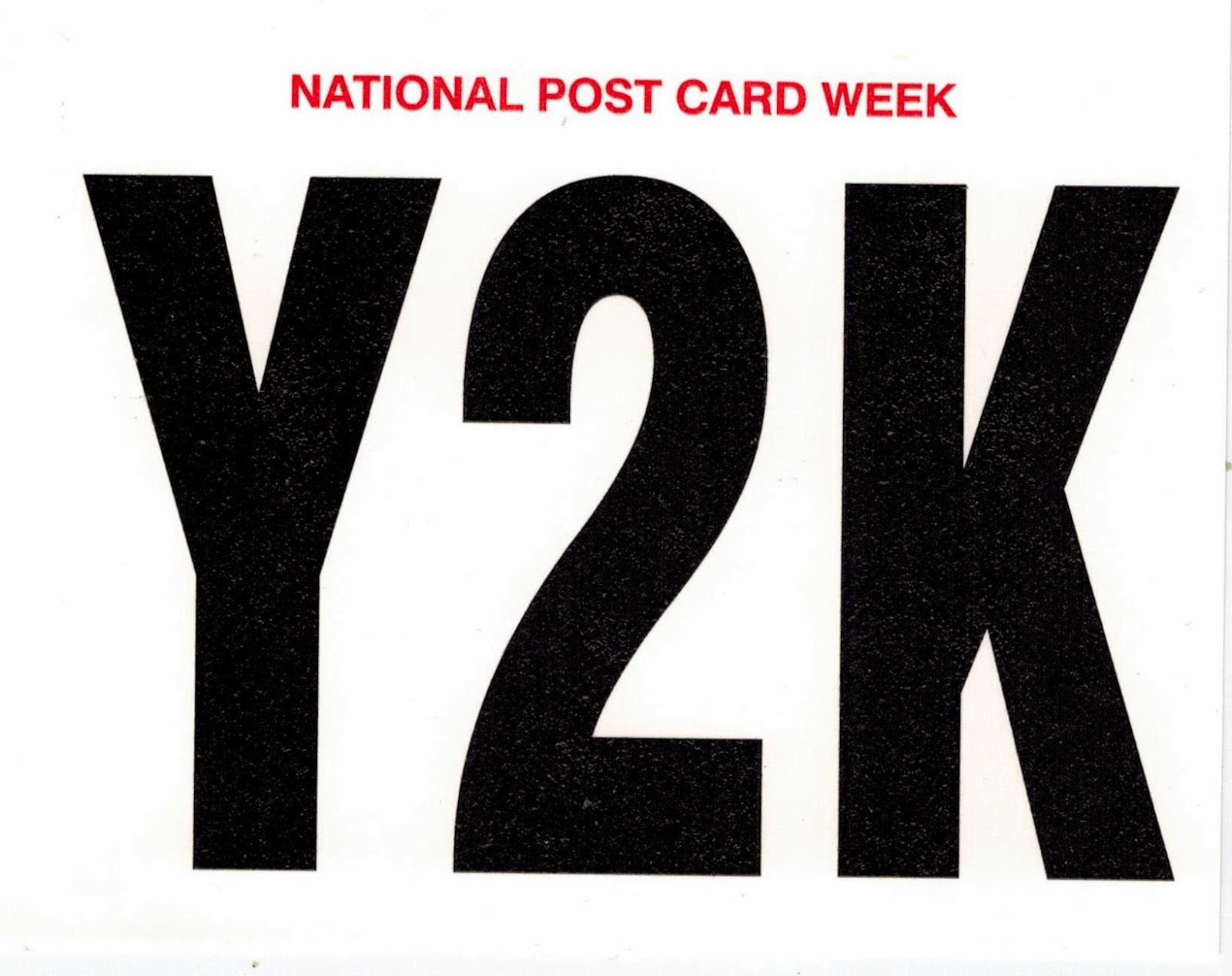 Posted by philcovex at 4:52 AM