[This post is another in a series  profiling each of the 68 stamps issued by Canada Post Corporation on September 15, 1999 on the occasion of the new Millennium. ]

The CN Tower is one of Toronto's most recognizable architectural structures. Built by CN Rail and opened in 1976, the 553m (1815ft.) communication and observation  tower is a major Toronto landmark and  tourist attraction. In 1995, it was declared one of the modern Seven Wonders of the World by the American Society of Civil Engineers. When CN transferred ownership of the tower to the federal crown corporation Canada Lands in 1995, the  tower's official name was changed to Canada's National Tower , but this name is not commonly used. The CN Tower was the highest freestanding structure in the world until 2007.

The 1977 post card shown below shows that visitors were able to post mail at the top of the tower to which a souvenir cachet was applied. 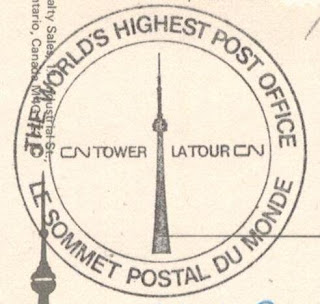 CN Tower was one of 68 Millennium stamps first issued in a hardbound book, Canada Post The Millennium Collection : Expressions of a People, on September 15, 1999. The stamps were printed two to a page. 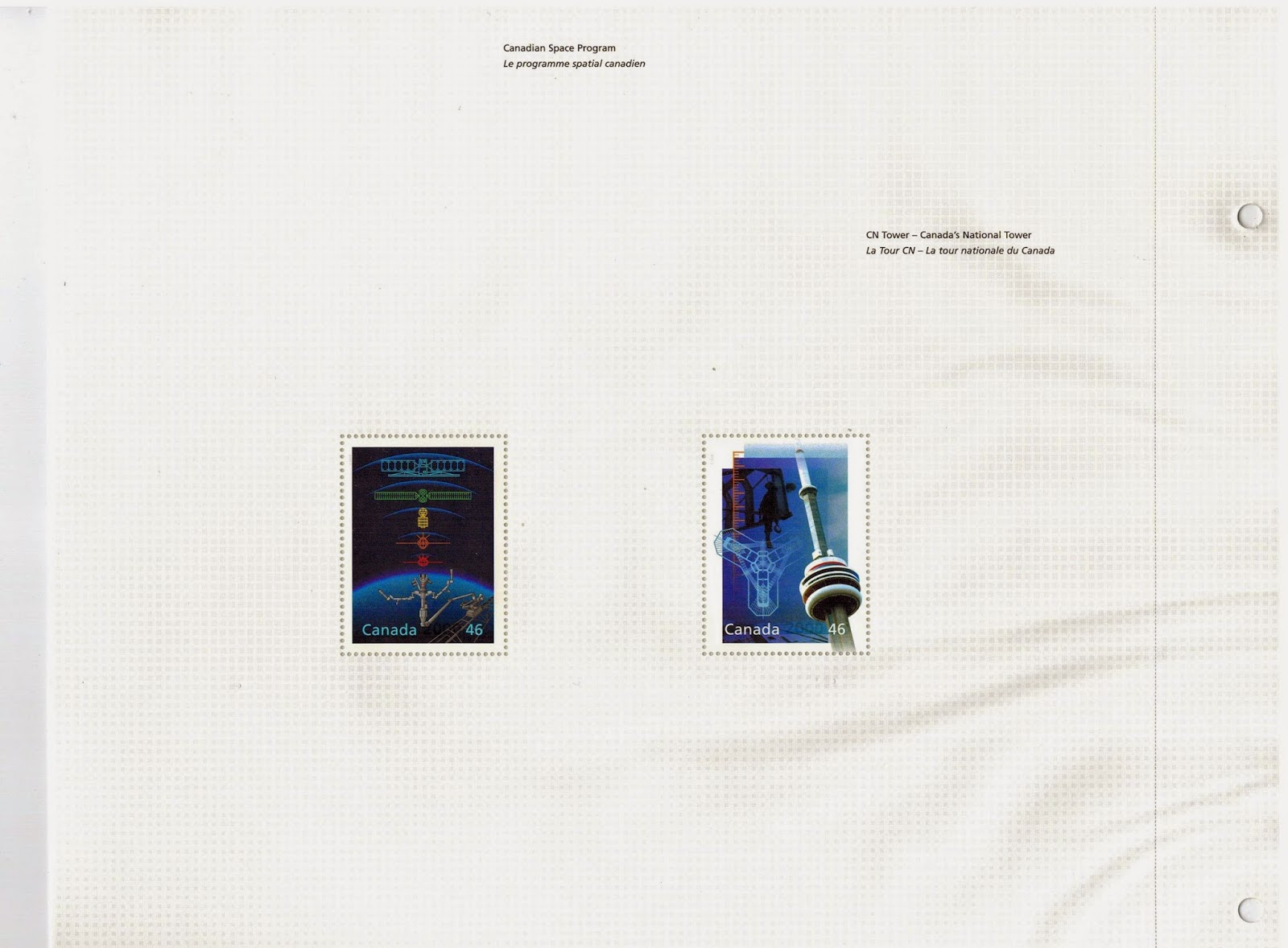 Canada Post Corporation re-issued the Millennium stamps in panes of 4 stamps issued over a three month period from December 17, 1999 to March 17, 2000. The souvenir sheet with the CN Tower stamp was released on March 17, 2000. 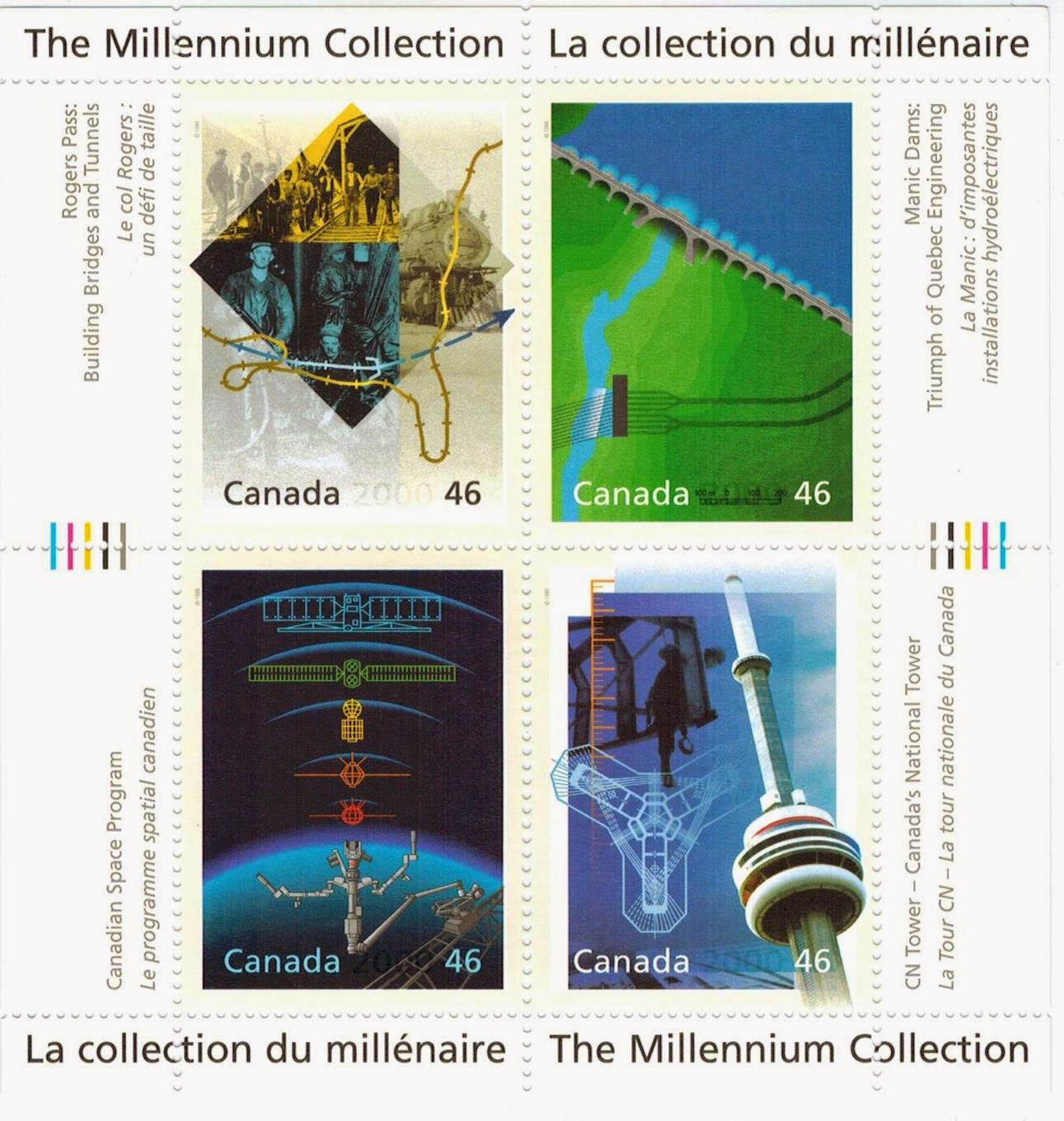 Posted by philcovex at 4:43 PM