In 1885, the Universal Postal Union recognized post cards with an attached paid reply. The reply paid post cards consisted of two prepaid halves attached to each other. The addressee could write a reply on the reply half and mail the card without charge. Canada issued domestic reply paid card postal stationery but not UPU reply cards; however, the Canada Post Office followed UPU regulations and cancelled and despatched reply cards received from other countries. This post shows usages of reply cards from various countries. 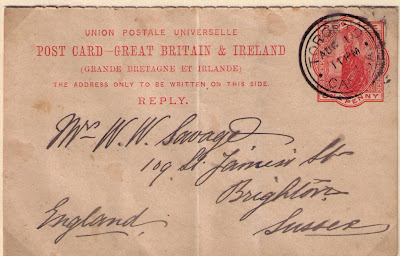 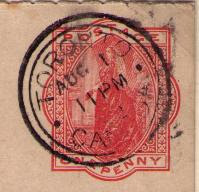 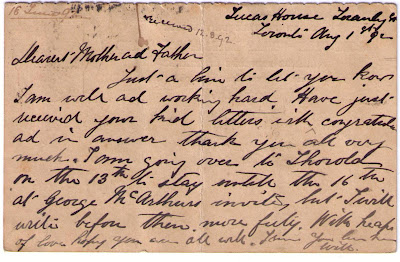 Will Savage replies to his parents' card advising them that he planbed to go to Thorold on August 18 to visit George McArthur. 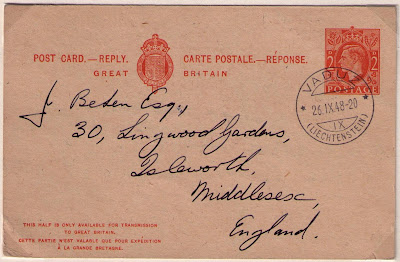 Additional information printed on the card:
THIS HALF IS ONLY AVAILABLE FOR TRANSMISSION
TO GREAT BRITAIN 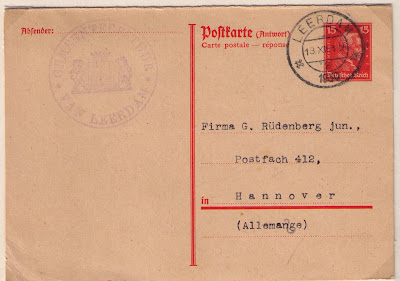 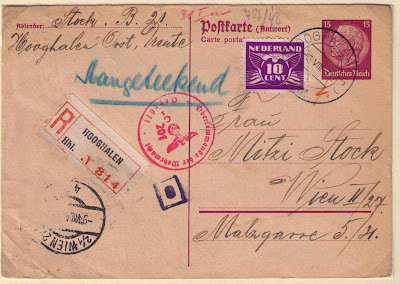 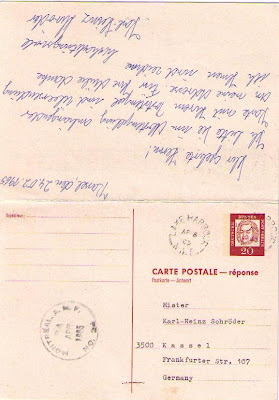 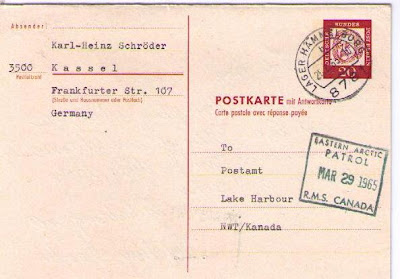 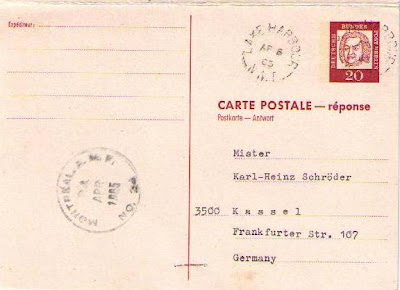 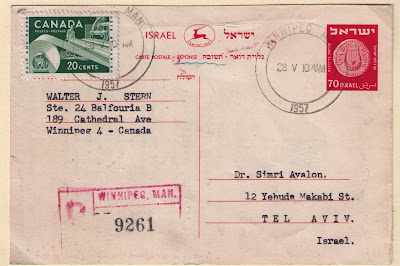 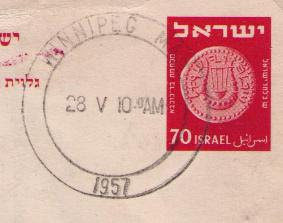 The card below was not a UPU reply card. A 5 cent concession post card rate to Germany was introduced on January 1, 1942. The UPU post card rate was 7 1/2 cents. 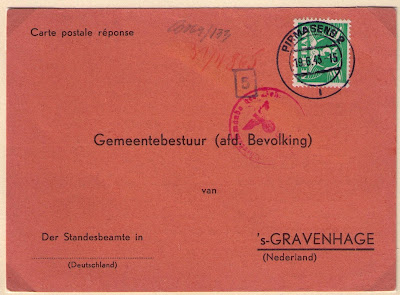 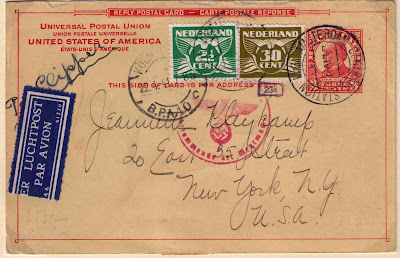