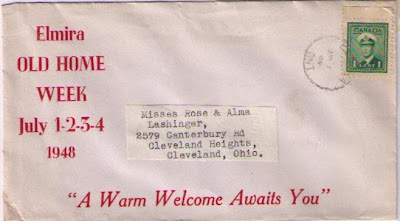 Rates for letters, post cards and air mail service to the United States had been in effect since April 1, 1943. Other rates and fees had been introduced prior to 1943. In January 1947, there was a reduction in the additional ounce air mail rate from 6 cents to 5 cents.

1. Letter Rates
The letter rate was 4 cents for the first ounce and 2 cents for each additional ounce. 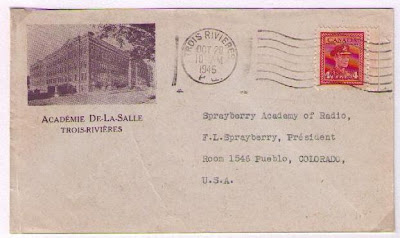 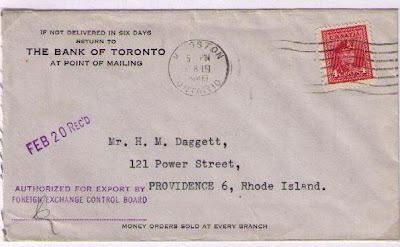 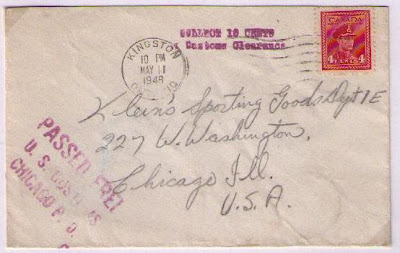 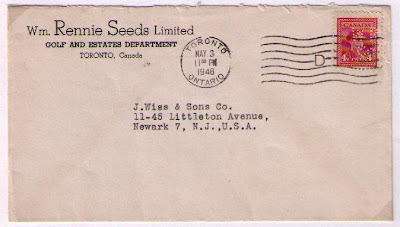 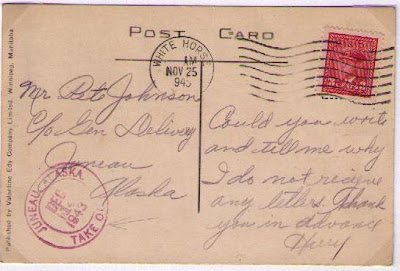 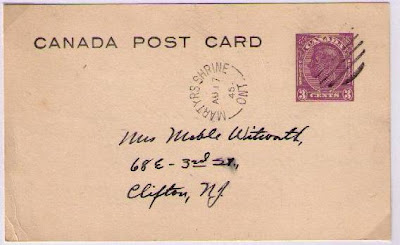 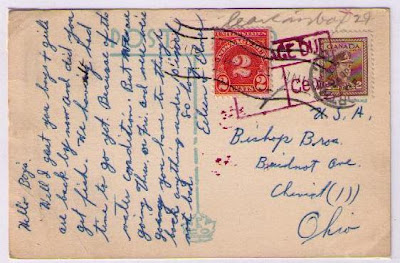 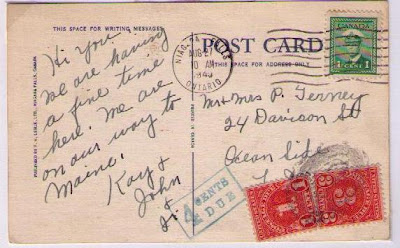 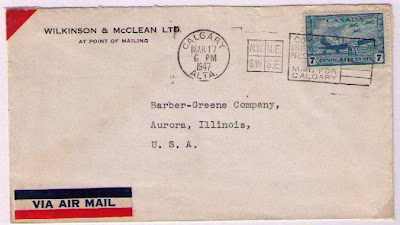 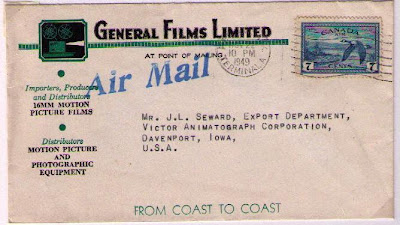 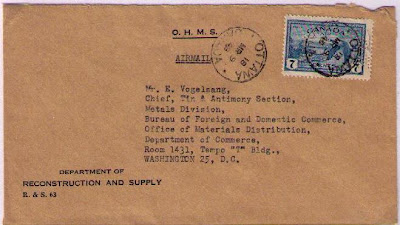 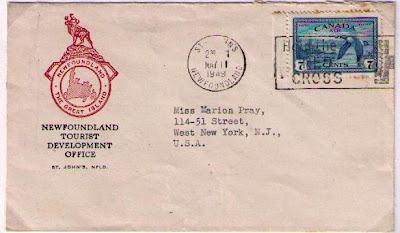 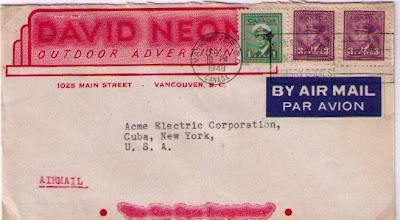 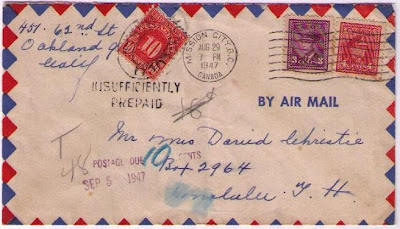 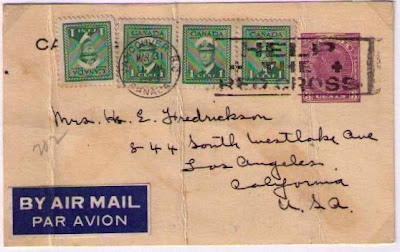 Elmira to Cleveland, June 1, 1948
1 cent printed matter rate
5. Second Class Matter
Second class matter consisted of newspapers and periodicals. Several rates were in effect. The example shown below is the 1 cent for each 4 ounce rate. 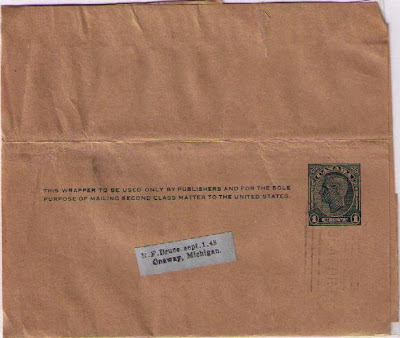 THIS WRAPPER TO BE USED ONLY BY PUBLISHERS FOR THE SOLE
PURPOSE OF MAILING SECOND CLASS MATTER TO THE UNITED STATES
6. Registration
The registration fee was 10 cents. 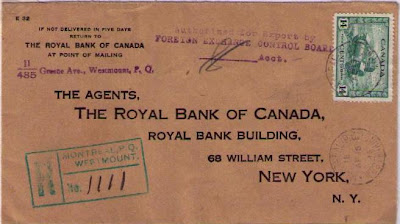 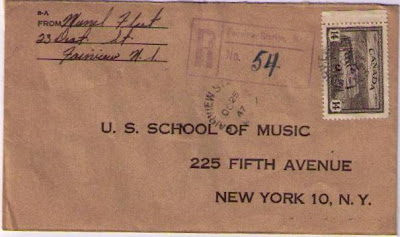 Fairview Station to New York, October 25, 1947
4 cents letter rate + 10 cents registration fee
U.S. Customs Fees
Letters and letter packages entering the U.S. from foreign countries which were opened by customs were to be charged 10 cents for each piece collected from the addressee. The money received was to be accounted for by the affixing of postage due stamps to each letter or letter package. 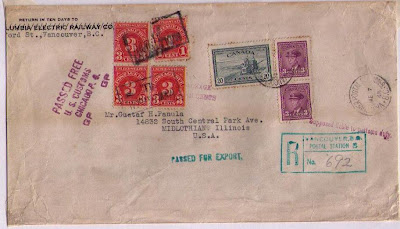 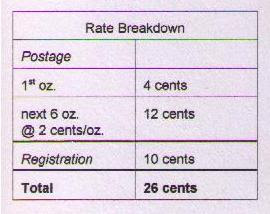 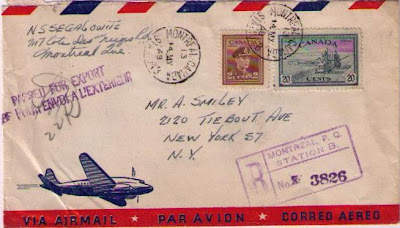 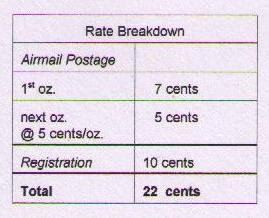 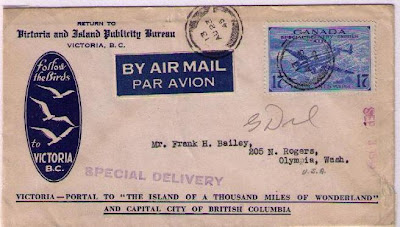 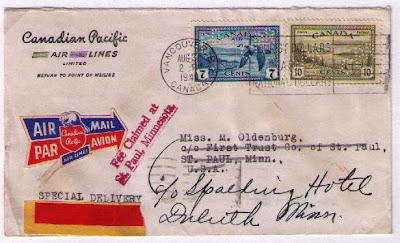 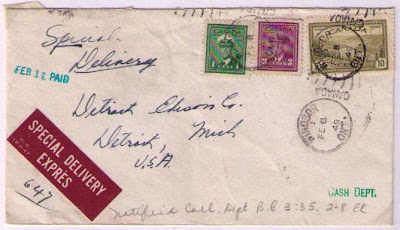 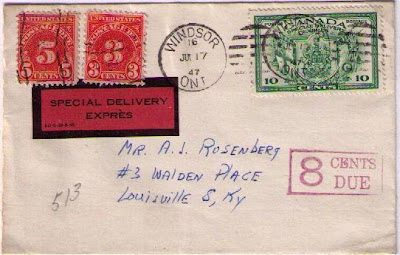 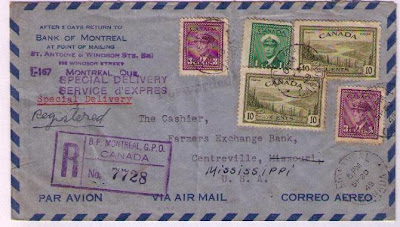 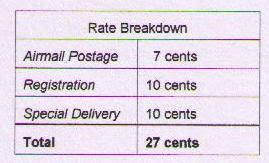