In 1854, the rate for letters sent by British packet (Cunard) to Great Britain was set at 8d. sterling (10d. currency) for departures from New York, and 6d. sterling (7 1/2d. currency) for sailings from Quebec or Halifax. The rate was marked sterling or currency, or both. The rate by U.S. Packet (closed mail through the United States) was 1s. 2d. sterling/ 1s. 4d. currency. 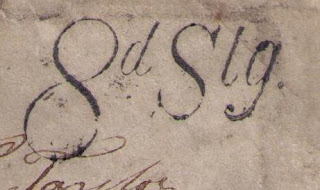 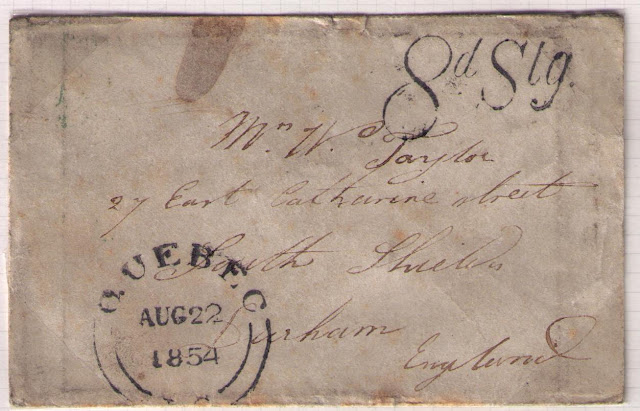 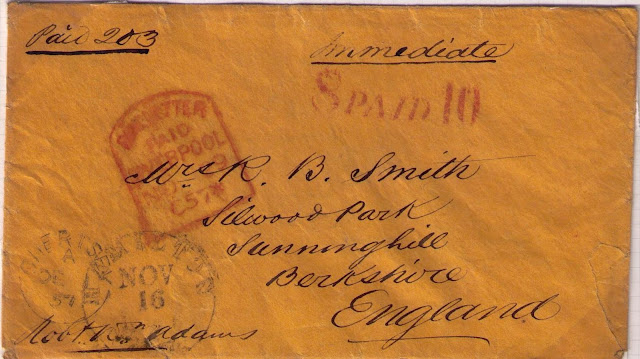 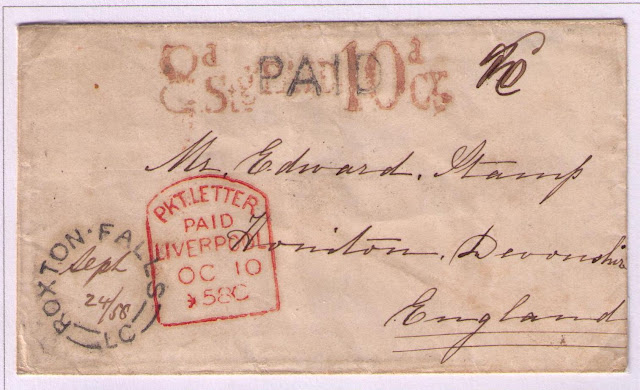 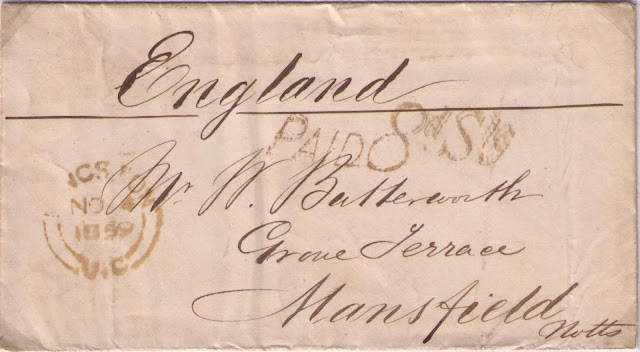 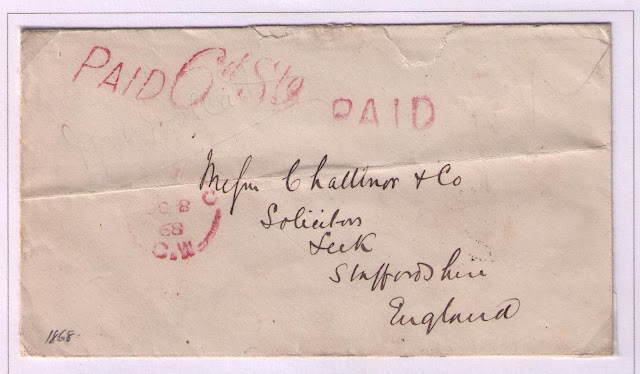 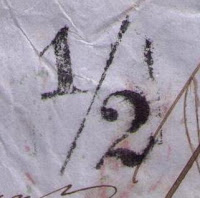 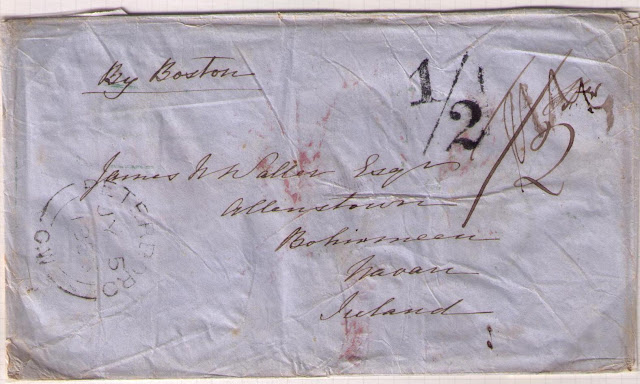 War in the Crimea curtailed much of Cumard service as several liners were requisitioned for troop transport. The above letter was sent by U.S. packet for that reason.
Posted by philcovex at 2:42 AM