The War Prisoners' Aid of the Y.M.C.A.
P.O.W. Christmas Cards

During WW II, the Y.M.C.A. set up "The War Prisoners' Aid" to support both Allied and German prisoners of war by providing sports equipment, musical instruments, art materials, radios, eating utensils and other items. To celebrate the Christmas season, the Y.M.C.A. printed prisoner-designed cards, shown and described as follows in the December 1944 issue of the YMCA War Prisoners Aid News :


As the Christmas cards reproduced [below] show, life behind barbed wire does not completely stifle the prisoners'  feeling for the sentimental things of the outside world. Nor is this feeling confined to Allied prisoners, for the Germans, too, look upon Christmas with nostalgia and yearning. Though crude perhaps in comparison with commercial cards, the work of the prisoners has an appealing spiritual quality. The Y.M.C.A. prints many of the cards after they have been designed by the prisoners. 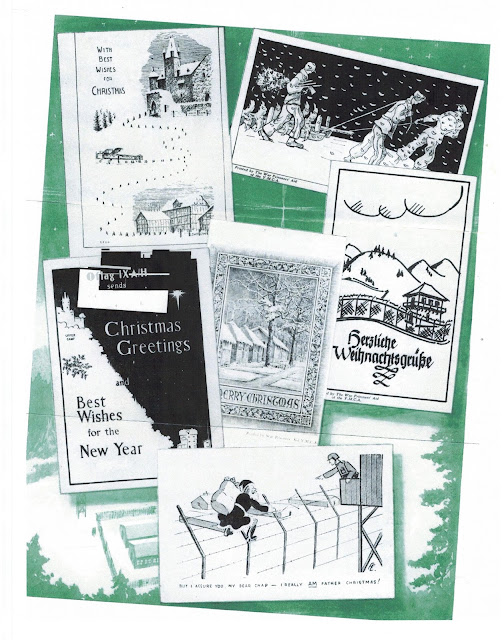 In this posting, Y.M.C.A. Christmas cards  mailed by German prisoners of war interned in Canada are shown.

The card showing a deer outside a barbed wire fence was mailed from the camp at  Espanola, Ontario in November 1941. 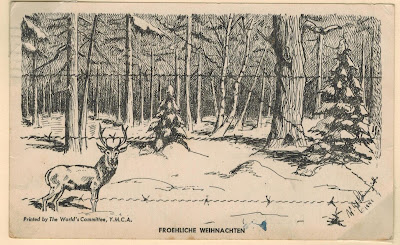 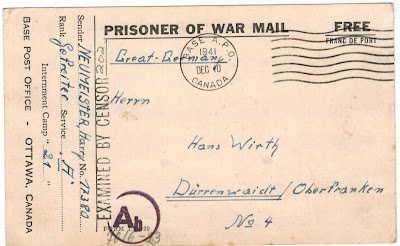 Mountains, a guard tower, and a barbed wire fence are featured in the Christmas card below, mailed  from Camp 21, Espanola, Ontario, November 1942. 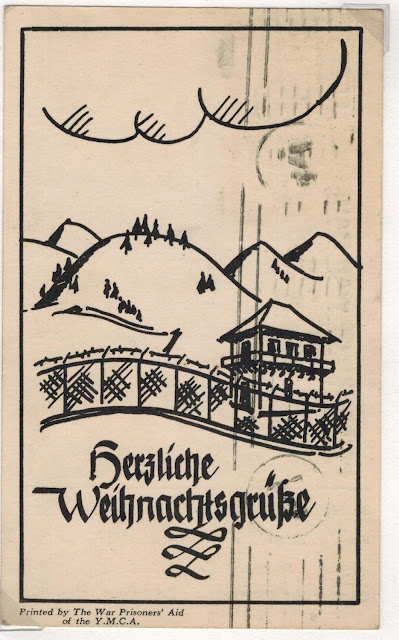 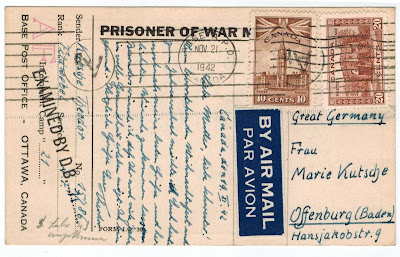 The next Christmas  card was mailed from Camp 133, Lethbridge, Alberta, in November 1942. 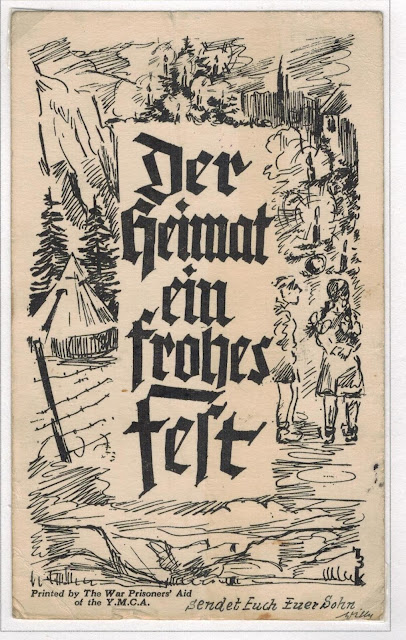 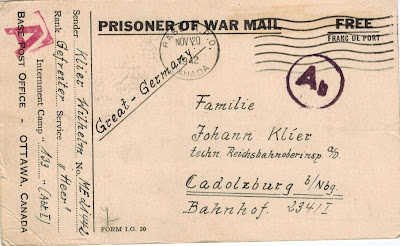 The winter cold is captured in the 1943 Card showing prisoners' barracks mailed from Camp 133, Lethbridge, Alberta, in November 1943. 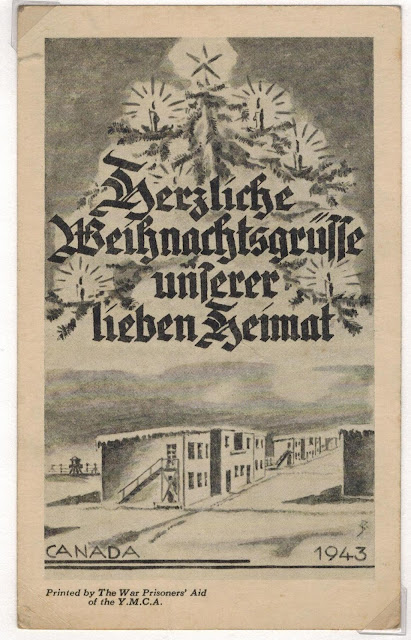 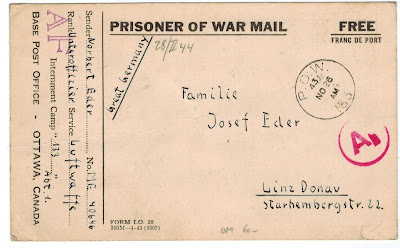 Posted by philcovex at 7:29 PM