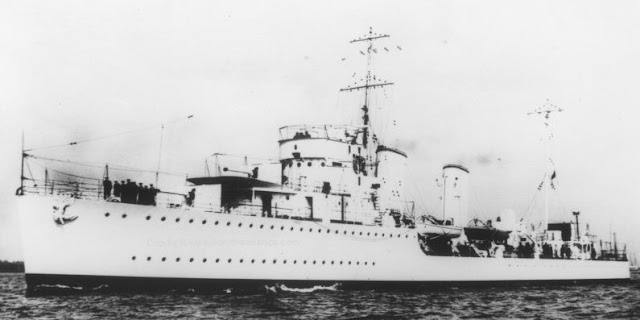 In 1930, the first destroyer designed and built for the Royal Canadian Navy, the HMCS Saguenay, was launched at Woolston, England. 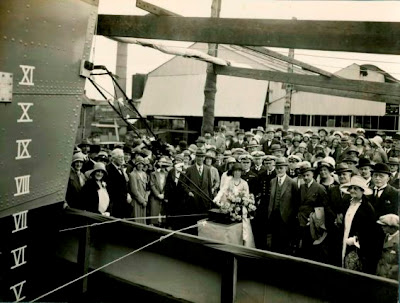 During the interwar period, the Royal Canadian Navy was a coastal defence force. Canadian destroyers were assigned the task of countering potential enemy surface raiders threatening shipping in Canadian waters. During the 1930s the Saguenay and other Canadian destroyers conducted yearly training exercises in the Caribbean with ships from Britain's Royal Navy. 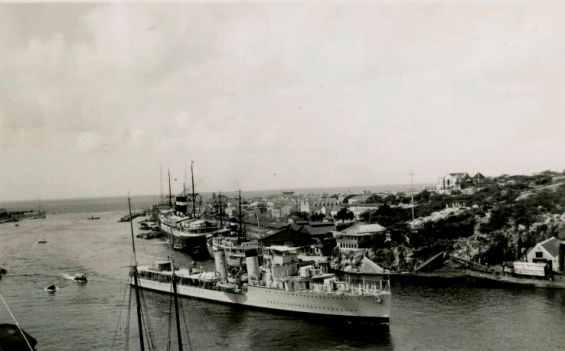 HMCS Saguenay entering a port in the Caribbean (1934)

In 1938 HMCS Saguenay along with HMCS Skeena, HMCS St. Laurent, and HMCS Fraser, took part in a cruise which took them to South America. The cover below was mailed when the ship was in port at Callao, Peru. 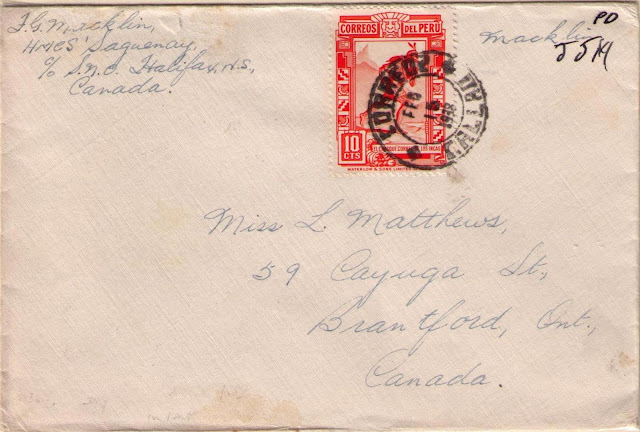 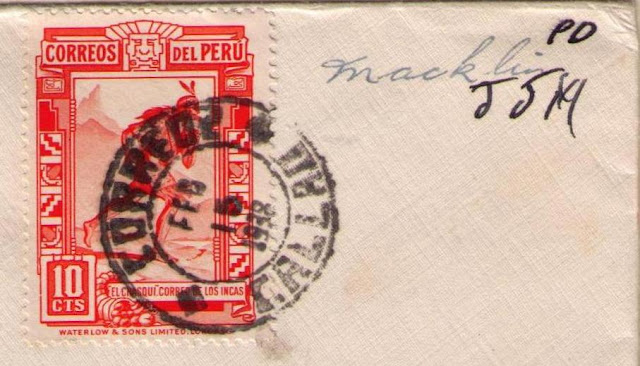 The 1938 cruise took the ships across the equator and to mark the occasion a "Crossing the Line" Certificate was created for crew members crossing the equator for the first time. 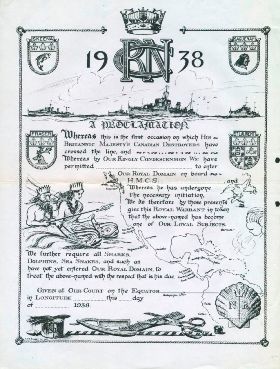 The HMCS Saguenay was assigned convoy duties during the war and survived both a torpedoing by an Italian submarine in 1940 and a collision with a merchantman in 1942. In the collision her depth charges were set off, and most of her stern was blown away. 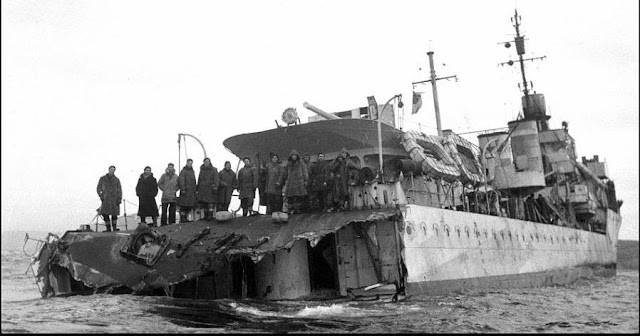 After this damage, the Saguenay could never be repaired for sea duty and spent the rest of the war as a training ship at Cornwallis, N.S.

Posted by philcovex at 7:22 AM